Priming Adverse Events and Reports of Depression in Nigeria

Depression is a leading cause of disability, affecting 350 million people worldwide, and can lead to substantial income loss as workers are unable to attend work or earn an income. To better understand how to measure and report depression, researchers randomized the order of questions in a national survey to examine the effect of triggering memories of difficult events, such as conflicts, shocks, and death, on reported levels of depression across households in Nigeria. They found that having his/her painful memories triggered, respondents who experienced an adverse event were more likely to report symptoms of depression.

Studies have shown that conflicts and adverse events, defined as economic shock, parental loss, or loss of a child, are associated with an increased likelihood of becoming depressed. According to the World Health Organization, depressive disorders are a leading cause of disability, affecting 350 million people worldwide, and lack of recognition and access to treatment has been associated with substantial economic loss estimated at one trillion US dollars each year. However, little is known about the impacts of conflict and violence on people’s behavior and decision-making, or how to appropriately assess the causes of depression among people living in conflict-affected areas. In theory, asking respondents about past negative events could trigger painful memories and alter their responses by affecting how they internalize their response to different experiences, complicating the accuracy and measurement of levels of depression.

Economic and weather-related shocks as well as conflicts between ethnic groups, farmers, and herdsmen have severely impacted different areas of Nigeria in recent years. Some regions have suffered terrorist attacks from Boko Haram, such as child abduction, mass murder, and millions of displacements. To understand how the country as a whole has been affected by these events, researchers surveyed households across Nigeria. A majority of households in this study were headed by a married man over the age of fifty with five to six family members in the home; almost half of the respondents lived in urban areas, worked an average of 32.5 hours in the week prior to the interview, and had almost 7 years of education, which is slightly above primary school completion. The survey also collected information on adverse events. Seventeen percent of households included in this evaluation experienced one or more weather or agricultural shocks, such as low rainfall or loss of property, and 19 percent of households experienced one or more personal or household shocks, such as illness, disability, or death of someone who sends remittances to support the household. Furthermore, 11 percent experienced one or more deaths of household members, and 4 percent experienced one or more conflict events, defined as armed political or ethnic uprisings or terrorist attacks. 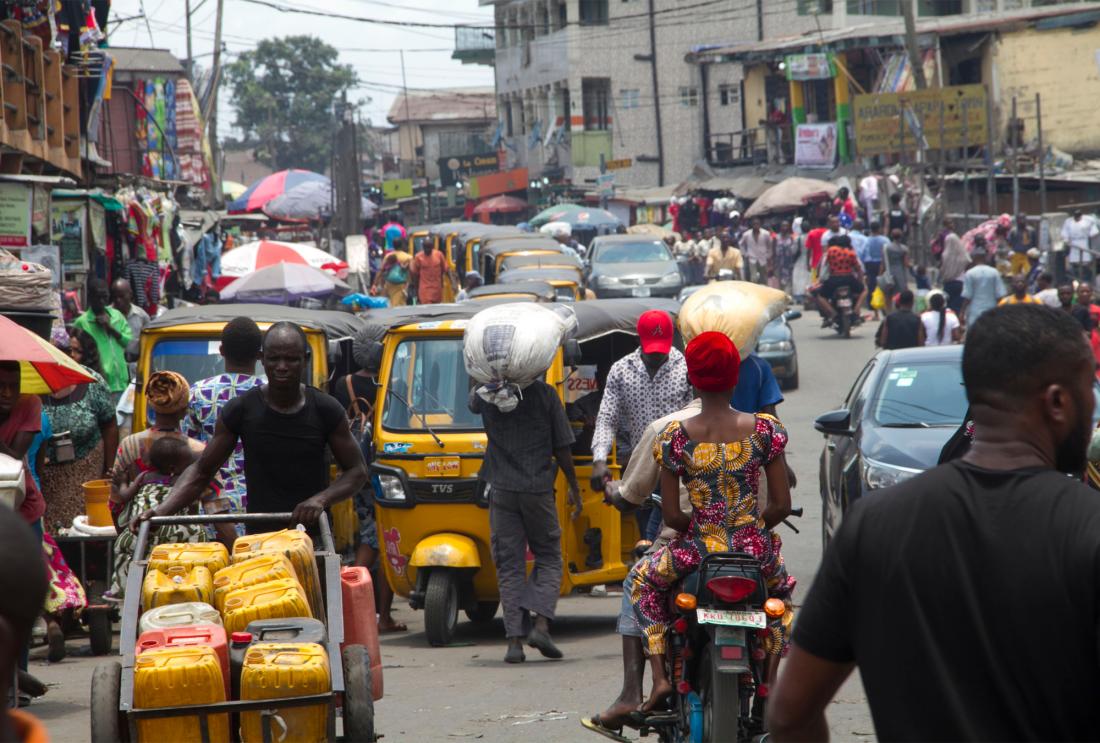 Researchers evaluated the impact of priming respondents with questions about adverse events on their reported levels of depression. They partnered with the Nigerian National Bureau of Statistics to conduct the General Household Survey-Panel which collected data from about 4,600 households in Nigeria on their income, expenditures, and family history of adverse events. The survey included a ten-question module on symptoms of depression taken from the Center for Epidemiological Studies–Depression (CES-D) scale. A score greater than 10 out of 30 on this scale indicated whether they had depressive symptoms; specifically, higher scores were associated with higher probabilities of depressive symptoms.

Researchers randomized the order of questions to test whether triggering memories of adverse events would affect the levels of self-reported depression on the CES-D scale, and randomly assigned respondents to one of two surveys:

Researchers found that among the group of respondents who experienced an adverse shock, triggering these painful memories increased their likelihood of reporting symptoms of depression.

The authors concluded that the act of thinking about one’s experiences could be a potential driver of depressive symptoms. Researchers may want to carefully consider how surveys are structured to minimize the possibility of overstating or understating measures of mental health and carefully design the messaging when communicating with individuals in similar contexts. Measuring depression well is important to understand the causes of deteriorating mental health and the potential impact this may have on welfare and economic outcomes.