Can an intensive tutoring program for struggling grade 1 students in France improve their academic performance?

Difficulty with reading and writing can emerge very early in a child's educational career. If these problems are not addressed at an early stage, children can fall further and further behind in class, making it even more difficult for them to succeed to school. Additionally, unaddressed learning difficulties can lead to low self-confidence and frustration, which could compound the problem. For this reason, identifying and addressing learning difficulties early in school is an important challenge for any education system.

The evaluation took place in the school districts of Créteil, Lille, and Versailles. Most schools included in the program serve locations with high portions of recent and second-generation immigrants, with many low-income households. 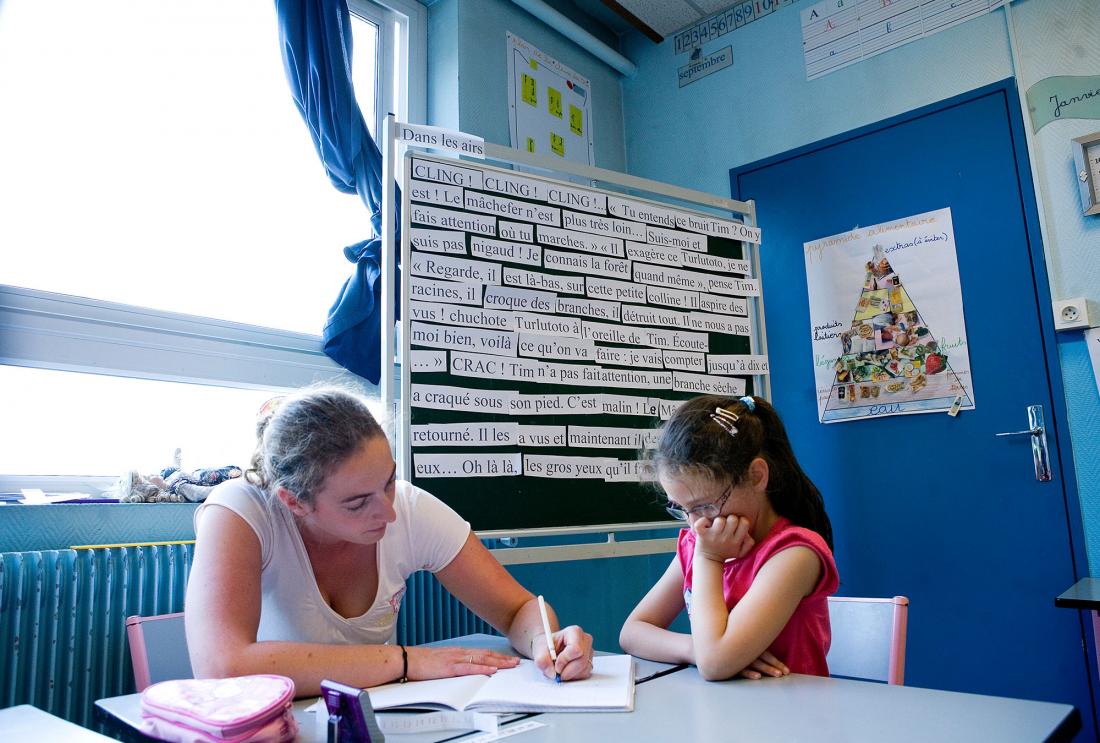 Researchers assessed the impact of a recreational tutoring program on students’ academic achievements and interest for schoolwork provided by the NGO Apfee.

Early in the school year, 261 grade 1 teachers from 109 primary schools selected five students from their class who were having significant trouble with their schoolwork. These students were then sorted into 189 groups of five students each. Two-thirds of the schools (125 groups of students) were randomly assigned to receive the recreational tutoring program throughout the year, while the remaining schools (64 groups of students) were assigned to the comparison group, and did not receive the program.

Children whose school was randomly selected to participate in the recreational tutoring program received four 1.5-hour sessions each week for the remainder of the year. During the sessions, children did not follow a structured training program, as recommended by some of the educational literature, but rather read books and played games around words. The objective was to compensate for low socioeconomic background by offering the kind of informal activities that are usually performed in families from a higher socioeconomic status. These tutoring sessions took place after school hours, and were led primarily by school teachers recruited by the NGO. In addition, counseling was provided to parents on how they could support their child’s learning process at home.

Researchers then followed students over the course of two years. The data collected includes individual surveys, standardized tests in reading and writing, as well as administrative datasets.

Researchers found that children identified as falling behind by their teachers in schools where the tutoring program was offered did not improve their reading or math skills, although they developed a taste for reading and academic subjects. These results hold two years after the implementation of the program.