Informal healthcare workers with little to no training provide more than 70 percent of all primary care in rural India. In this study, researchers evaluated the impact of a nine-month training program for informal providers on quality of care, patient load, and provider revenue. Researchers found that training improved provision of necessary care, but did not change use of unnecessary medicines. Patient load increased, and the resulting increase in revenue compensated for the cost of training within three to seven months.

In many developing countries, the informal sector provides the bulk of healthcare, particularly for the poor.1 In countries such as Nigeria, India, and Thailand, healthcare providers without formal training account for between one-third and three-quarters of primary care visits. These informal providers may provide important healthcare options for communities with little access to formal health systems. However, informal practitioners might also provide poor care that could worsen health outcomes.


It is contentious whether these practitioners should be integrated into formal health systems, and if so, what might be the best way. For example, regulations to prevent untrained healthcare providers from conducting business are only effective if there is capacity to enforce them, which is often limited in low-income countries. If successfully enforced, these regulations could prevent harmful practices, but may also leave some communities with no access to healthcare. Alternatively, training informal providers, instead of imposing regulations, could improve healthcare in these communities, but this approach requires knowing who these providers are, where they practice, and what training they need.

There is little rigorous evidence to indicate what types of interventions are most effective. To address these questions, researchers evaluated the impact of a training program for informal providers on quality of care and patients’ demand for informal health services in India.

Untrained healthcare providers reportedly provide more than 70 percent of primary care in India. The high number of informal providers is largely a response to the lack of trained public and private sector health workers, especially in rural or low-income urban areas.2 Some believe that training informal providers is an important stopgap response until trained providers are more accessible. Others, including many in India’s formal medical community, view training as legitimizing what should be an illegal activity, encouraging informal providers to break the law with the potential to worsen patients’ health outcomes. 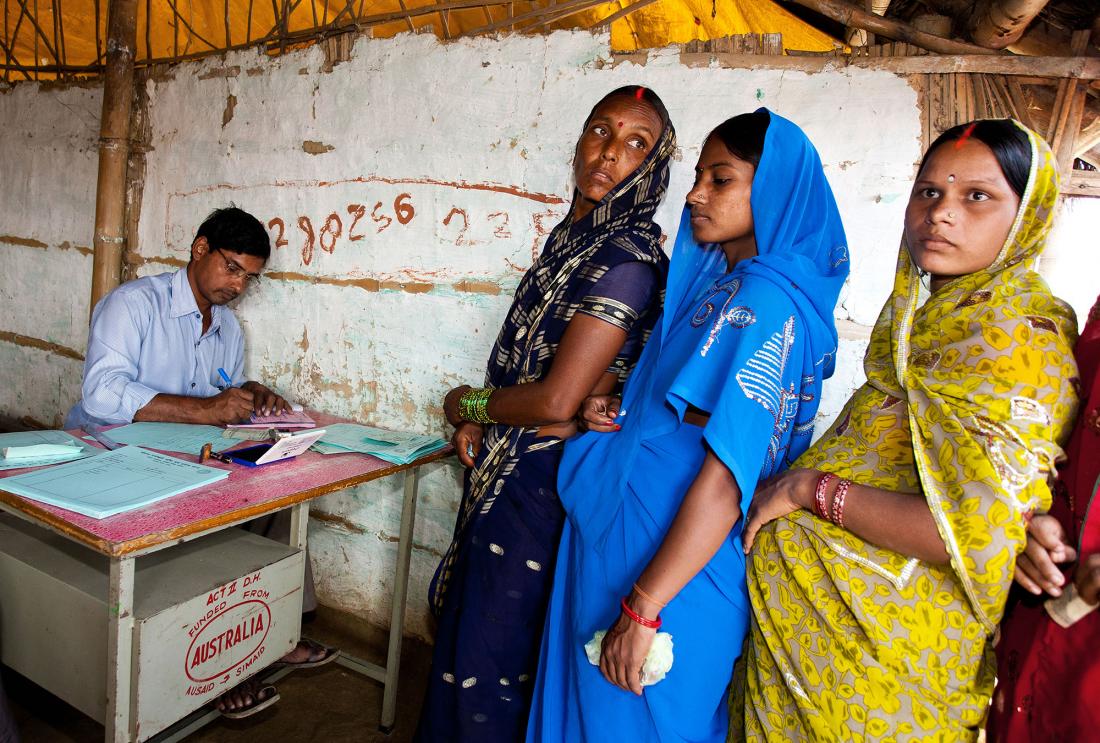 In partnership with the Liver Foundation, researchers conducted a randomized evaluation to measure the impact of a training program for informal healthcare providers on quality of care and patient demand in 203 communities in the state of West Bengal. Of 304 informal providers who expressed interest, half were randomly selected for immediate admission to the training program. The other half who were not admitted formed the comparison group, and were offered the training program after the evaluation was complete.

The free nine-month training program included twice weekly sessions on topics such as basic physiology and anatomy; principles of harm reduction, including the dangers of prescribing unnecessary medication; and treatment of common illnesses. The program did not provide certificates to participants and stressed that they should not think of themselves as qualified doctors. Throughout the training, providers continued to operate their clinics.

Three to six months after the training, researchers sent unannounced patients, or “mystery clients,” to all providers to measure the impact of the training on provider performance. Mystery clients were trained actors playing the role of patients suffering from chest pain, respiratory distress, or child diarrhea to assess provider ability across a broad range of basic clinical tasks. Mystery clients were also sent to the eleven public health centers in the study villages, staffed by trained medical professionals, to compare the performance of informal providers with that of formal providers.

In addition to mystery client visits, researchers conducted day-long clinical observations to verify clinical practices for a broader sample of patients, and collected data on number of patients and fees charged to examine the effect of training on patients’ demand for informal providers’ services.

Attendance: Among the treatment group, the average attendance rate of informal providers was 56 percent at each training session. Attendance rates were highly associated with distance to the training site and rainfall on the day of the training, suggesting that participation could be improved by placing training centers closer to participants.

Patient demand: Patient loads among informal providers who received training increased nearly ten percent relative to the comparison group. Those who received training saw an average of 9.2 patients per day, compared to an average of 8.4 patients per day in the comparison group. The increased patient demand could have been due to several reasons, including patients who received improved treatment returning to the same provider or recommending the provider to others, and  patients being attracted to the provider after hearing about the training.

Cost effectiveness: The per-student cost of the program was 10,528 INR (US $175), assuming 50 percent provider attendance at trainings. The estimated increase in revenue for informal providers resulting from increased patient visits would allow them to recover the cost of the training in 66 to 210 days, demonstrating that the revenue gains could allow the program to be self-financed. Researchers estimate that training 360 informal providers every year through this program is equivalent to the cost of permanently hiring eleven additional fully trained medical providers in the public sector. Although this cost prediction is just an estimate, the difficulty of improving the quality of public healthcare, combined with the scarcity and cost of formal medical doctors, suggests that investing in the clinical practice of informal providers may be at least an equally efficient allocation of resources.

Based on this evaluation, the Government of West Bengal issued an order in 2016 to introduce a similar training program state-wide for informal practitioners, with the Liver Foundation serving as a resource and knowledge hub. A program to train the first batch of 2,000 practitioners over a six-month period is planned in 2017.