If disadvantaged students lack information about their educational opportunities after high-school and the academic preparation they need to succeed in top universities, they may be less likely to apply to and attend these universities. Researchers tested the impact of a program that connected underprivileged high schools with higher education institutions to provide academic tutoring and support. Overall, the intensive tutoring program had no impact on students’ academic performance. However, tutoring helped stronger students improve their results, but it was detrimental for students who had a weaker academic record prior to the program.

If disadvantaged students lack information about their educational opportunities after high-school and the academic preparation they need to succeed in top universities, they may be less likely to apply to and attend these universities. Programs that connect high-school students with tutors enrolled in prestigious universities may help students understand their options and better prepare for exams to access selective programs. However, learning more about the reality of attending elite institutions, where low-income students are underrepresented, may discourage some potential applicants from attending these institutions. Can intensive tutoring for underprivileged high-school students improve their university prospects?

In France, like in many other industrialized countries, low-income students are less likely than their wealthier counterparts to enter selective universities. Although 60 percent of middle-school students come from working-class families, they represent less than 9 percent of the students admitted to the École Normale Supérieure (ENS), one of the most selective institutions of higher education in France. In an attempt to foster equal opportunities in terms of access to higher education, the French government launched the program “Les cordées de la réussite” (Together for Success) in 2008. The program connects underprivileged high schools with higher education institutions to provide academic tutoring and support. Today there are over 375 active partnerships throughout the country.1 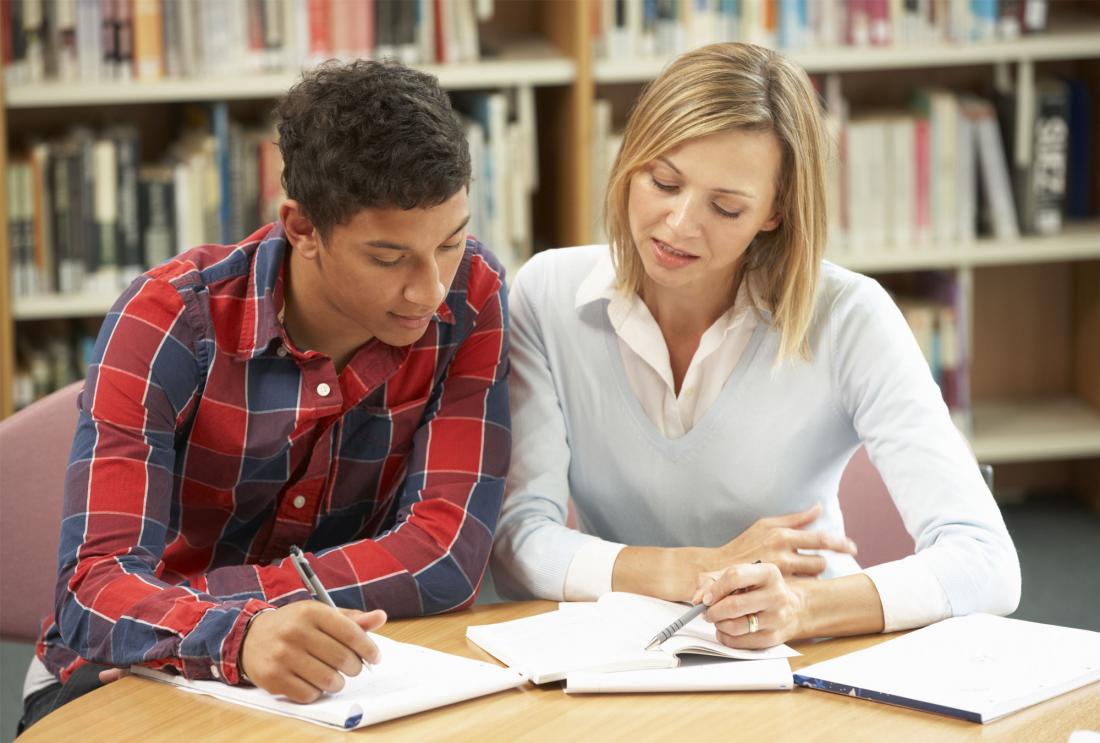 Researchers partnered with the École Normale Supérieure (ENS) and a network of twelve high schools to test the impact of a two-year tutoring program on students’ academic performance and educational choices.

High school principals identified the tenth grade students most likely to continue their studies after high-school and asked them to volunteer to participate in the tutoring program. These students were preassigned to an eleventh grade class, depending on their grades and preferred tracks (sciences, social sciences or literature). Then researchers randomly assigned one class per track in each school to the intervention group (247 students in 36 classes) and the remaining classes to a comparison group (331 students in 36 classes). Only students who had volunteered to participate and assigned to intervention classes could enroll in the tutoring program.

Students enrolled in tutoring were asked to choose a subject in science, social science or literature, and were assigned to group of six students and to a tutor—a volunteer ENS student—who had chosen the same subject. Tutors and students met on Saturdays, for 14 tutoring sessions, to go over some of the topics covered in university classes, good strategies to study for exams, and other information to help them prepare for entry into selective higher education programs. Students also participated in extracurricular activities such as public speaking workshops and cultural outings. The following year, in twelfth grade, students received counseling to choose their higher-education track and personalized support to study for university entrance exams.

Overall, the intensive tutoring program had no impact on students’ academic performance. However, tutoring helped stronger students improve their results, but it was detrimental for students who had a weaker academic record prior to the program.

Tutoring had mixed effects, depending on the students’ previous academic record. Participating students enrolled in the scientific track, considered the most selective high-school track, and who had never repeated a grade in school were 35 percent more likely to pass the baccalaureate2 with honors, from a comparison group average of 20.5 percent (a 7.1 percentage point increase). However, intervention students enrolled in the social sciences or literary tracks were 98 percent less likely to pass their baccalaureate with honors (a 19.6 percentage point reduction from a comparison average of 20 percent). Similarly, intervention students who had repeated a year were 12.9 percentage points (65 percent) less likely to earn honors, compared to 20 percent of comparison group students who had repeated a year, and less likely to enter a university preparatory course3 after high school.

Although many believe that inequalities in education attainment are best tackled very early in life, during early childhood or primary school, these results suggest that high school interventions can also affect academic performance and schooling decisions. However, this tutoring program was not equally beneficial for all students, highlighting the importance of carefully selecting students who will benefit most from such programs.

1.
"Les Cordées dans les académies." Les cordées de la réussite. 19 Jan 2017.
2.
Thebaccalaureate is an exam required for university entrance.
3.
In France, it is common for students to attend a selective, two-year program high school to prepare for entering the most prestigious universities.