In order to manage the delivery of social services, central governments often delegate authority to local supervisors. Despite possibly having greater knowledge of the local context, these supervisors may still be unable to fully monitor the performance of public workers. Researchers partnered with the Government of Paraguay to measure the impact of a new monitoring technology—GPS-enabled cell phones—on the job performance of agricultural extension agents (AEAs). Overall, cell phones improved AEAs’ performance by increasing the share of farmers visited, and researchers found that supervisors possessed useful information regarding which AEA’s performance would improve the most from phone-based monitoring.

In order to manage the delivery of social services, central governments may delegate authority to decentralized supervisors in charge of overseeing local service provision. The decision to decentralize is often driven by the assumption that local supervisors have better local knowledge, allowing them to make better choices about which public workers to monitor more closely to ensure the appropriate services are delivered. However, local supervisors may have difficulties monitoring the performance of local public workers. Many governments have begun adopting technologies, such as cell phones, as a mechanism to more efficiently and effectively monitor public service delivery. Researchers partnered with the Paraguayan government to test the impact of GPS-enabled cell phones on the job performance of local agricultural extension agents (AEAs).

In 2015, agriculture accounted for around 10 percent of Paraguay’s GDP and approximately 20 percent of the country’s jobs.1 2 The sector may play a larger role than these statistics suggest, as informal employment and subsistence farming are not included in official estimates. The Paraguayan government’s Ministry of Agriculture currently employs close to 1,000 AEAs, supervised by local technical assistance agencies (Agencia Local de Asistencia Técnica) to support 80,000 farming households across the country. Typically, each agency is comprised of three AEAs and one supervisor, each of whom are responsible for providing services to roughly 80 farm households.

Government-funded AEAs are a key component in the fight against poverty in Paraguay. Agents are in charge of connecting farmers with cooperatives, private enterprises, and specialists through in-person group and individual meetings. They also provide farmers with technical assistance and information about prices and best practices. These services help poor farmers increase crop yields, improving food security and agricultural profit. However, ensuring that these services reach farmers can be difficult. Local supervisors must monitor multiple AEAs, each of whom travels hundreds of kilometers to provide services to farmers. 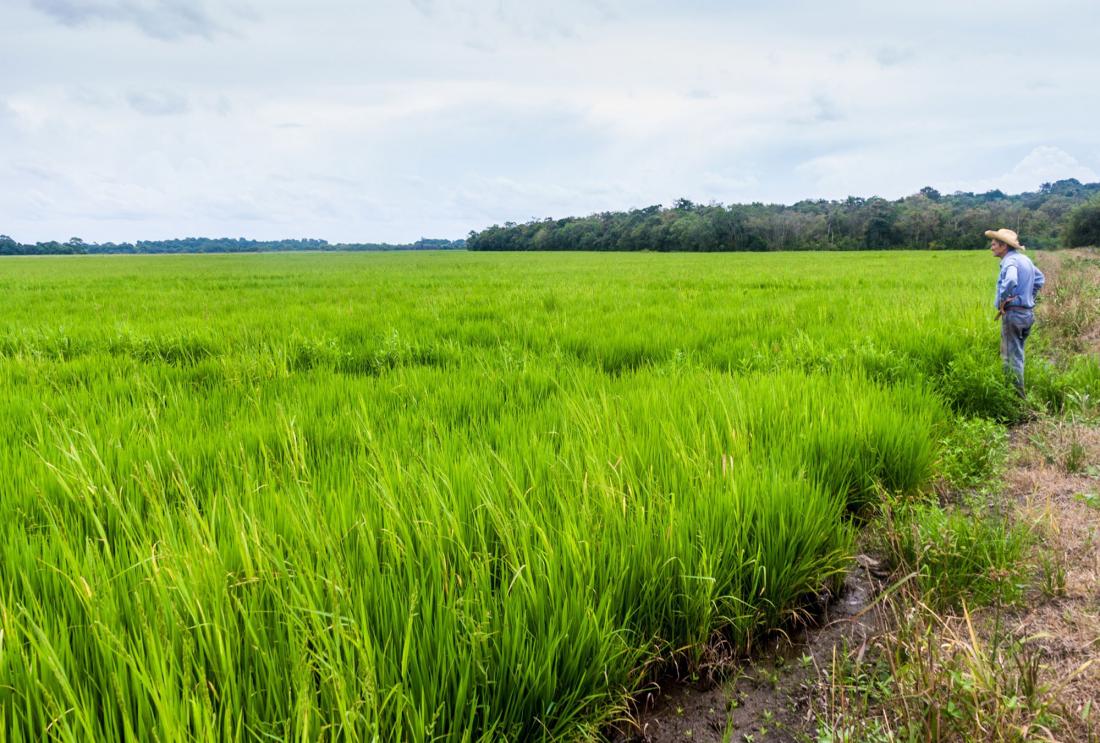 Agriculture employed around 20 percent of the labor force in Paraguay in 2015. Photo: Matyas Rehak | Shutterstock.com

Researchers conducted a randomized evaluation to test the impact of using GPS-enabled cell phones to monitor the job performance of AEAs in rural Paraguay. In partnership with the Ministry of Planning and the Ministry of Agriculture, researchers worked with 180 local technical assistance agencies, randomly assigning a quarter of them to receive phones for their AEAs and 50 percent to serve as the comparison group. The remaining 25 percent of agencies partially received phones.

The phones enabled supervisors to see where AEAs were at all times, how long they spent in each place, and their self-reported activities with each farmer. Each AEA’s job performance was subsequently measured by the share of their assigned farmers that they visited in a given week.

Researchers also wanted to learn whether local supervisors had superior information about which agents would improve their performance the most when monitored. For agencies with two or more AEAs, researchers asked supervisors to indicate which half of agents should receive phones first. This information further allowed researchers to determine whether the Ministry of Agriculture could best improve AEAs’ performance by relying on their local supervisors’ decisions on who to monitor, or if the Ministry itself could choose which AEAs to monitor based on other information and obtain similar results.

Monitoring through GPS-enabled cell phones improved the performance of AEAs, particularly for supervisor-selected AEAs. Overall, researchers found that local supervisors possess useful information regarding which AEAs’ performance would improve most from phone-based monitoring.

AEA job performance: GPS-enabled cell phones positively influenced the performance of AEAs, increasing the share of farmers visited in the past week by an average of 6 percentage points—a 22 percent increase compared to AEAs who were not monitored. Cell phones did not increase the performance of AEAs who were themselves supervisors and did not have another local supervisor monitoring them, indicating that cell phones only improved AEA performance through increased monitoring. Researchers also found evidence that cell phone-monitored AEAs visited more farmers but did not reduce the amount of time they spent with each farmer.

Supervisor AEA targeting: These increases in AEA farmer visits, however, were primarily concentrated amongst the AEAs that supervisors signaled out as the preferred candidates to receive a phone. These AEAs increased the share of farmers visited in the past week by approximately 15 percentage points—a 54 percent increase over the supervisor-preferred AEAs in the comparison group. In general, supervisors chose which AEAs to prioritize for monitoring based on unobservable characteristics related to AEA productivity, rather than measurable traits such as gender, cognitive ability, or personality type. One exception was AEA party affiliation: supervisors were less likely to single out AEAs affiliated to the incumbent party, possibly suggesting that non-benevolent and party-based motives influenced supervisors’ decisions on who to monitor.

In 2016, the Ministry of Planning crafted plans for an ambitious reforestation program that would equip nearly 1000 extension agents with mobile monitoring technology. Yet to launch, this program would represent the most extensive application of mobile monitoring systems for Paraguayan public employees to date.

Based on the results of this study, the Ministry of Planning also advocated for the expanded use of monitoring technology throughout three additional institutions: The Ministry of Health, The Municipality of Asunción, and The National Institute of Land and Rural Development.