Saving money and borrowing money are often thought of as two very different financial behaviors. However, in many low- and middle-income countries people may use these products for the same reasons. The National Rural Support Programme in Pakistan and researchers randomly offered female microfinance customers a commitment savings product or a credit product three times over the course of three weeks to test how the design of the financial product impacted take-up. They found that many women had an interest in making a large lump-sum purchase or investment, but simultaneously struggled to save. More than half of women used both a savings product and a credit product over the course of the three weeks, suggesting the two are used interchangeably.

Saving money and borrowing money are often thought of as two very different financial behaviors. In many low- and middle-income countries, however, people may use these products for the same reasons. When individuals struggle to save, commitment saving products in which individuals can’t withdraw funds until they reach a certain goal can help increase the likelihood of saving and allow for large lump-sum purchases. Credit may also accomplish the same objective: individuals can make a large purchase that can be paid back in a series of smaller, regularly scheduled deposits. In order to better understand demand for financial products and how individuals differentiate between saving and borrowing, researchers evaluated how credit versus saving features impacted women’s take-up of financial products.

This study took place in Sargodha, Pakistan, a rural area in which the National Rural Support Programme (NRSP) operates. The National Rural Support Programme is a Pakistani organization dedicated to reducing poverty. It is also a microfinance institution that serves over three million households throughout the country. Many individuals in Sargodha live in urban and peri-urban areas and are not permanently employed. Instead, many engage in casual wage labor or self-employment through small retail shops, personal services, or rickshaw driving.

Like in many low-income communities, many individuals in Sargodha struggle to save. Difficulty saving may stem from a variety of factors, including pressure to share cash with family or friends and difficulty controlling one’s spending. However, these same individuals may also occasionally like to make large purchases or investments. Before the intervention, for example, 27 percent of participants said they would like to spend a loan on a large purchase requiring a lump sum, such as sewing equipment, chickens or goats, or school uniforms. Many women in Sargodha also used NRSP credit products in the past, demonstrating their interest in accessing credit. 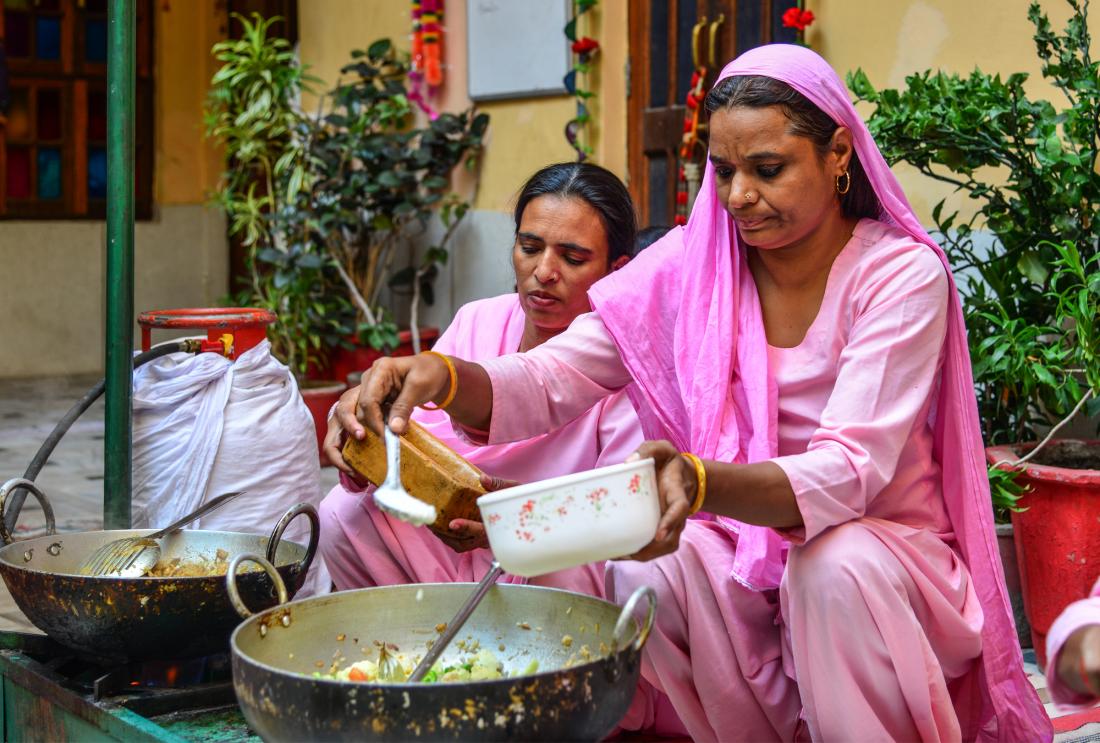 The National Rural Support Programme partnered with researchers to determine how offering a commitment savings product versus a credit product impacted take-up of financial services. Both the commitment savings and credit products were modeled after ROSCAs (Rotating Saving and Credit Associations). A ROSCA is comprised of a group of individuals who make regular contributions to a common fund, which is then given as a lump sum to a different member at each meeting.

To recruit study participants, the NRSP invited all female microcredit users from four Sargodha NRSP branches to attend three weekly meetings. Of the 955 women who attended the first meeting, 889 women agreed to participate in the study (93 percent).

At the end of each of the three meetings, researchers individually offered the women one of twelve randomly selected ROSCA-style contracts. All contracts started the next day and lasted for one week. The women would receive a lump sum on one of the days during the contract period. On days when women did not receive the lump sum, they paid PKR 200 per day (approximately US$1.87) either as part of a commitment savings deposit or a loan repayment. Therefore, women contributed approximately PKR 1,000 (US$9.36) over the course of the week.

In each of the three weeks, women were randomly offered a variation of the ROSCA-style contract. Thus, the same woman could in theory be offered a different credit or a savings product depending on the week. Researchers measured take-up along with women’s interest in a lump-sum purchase or investment and their ability to hold cash balances.

The majority of women had high demand for large lump-sum payments while also struggling to save. As estimated in a model, 67 percent of women had difficulty in holding cash from day to day. Of those women, about 55 percent also have a high demand for a large purchase or investment.

Women who expressed either an interest or difficulty in accumulating a lump sum were less responsive to changes in the financial product design. For example, women who expressed interest in saving or investing had larger take-up rates and were less sensitive to the contract terms compared to women who did not express such interest. Women who reported pressure to share money with family or friends were also less influenced by the specifics of the financial product. This suggests that individuals value financial products—whether offered as credit or commitment savings—as a way to protect income for a lump-sum payment.

Researchers conducted another similar study in the same region of Pakistan in which PKR 500 installments were due weekly instead of PKR 200 due daily. Even though the total amount paid over the course of the week was much lower under this design than with weekly installments, take-up fell by more than 50 percent compared to 65 percent take-up with daily installments. These results support the finding that the population had frequent cash inflows, but struggled to save at home.

Taken together, these results suggest that saving and borrowing are substitutes for many microfinance clients, satisfying the same underlying demand to accumulate lump sums via regular deposits.