Rates of Return to Fertilizer: Evidence from Field Experiments in Kenya

By some estimates, approximately 1.4 billion people lived on less than $1.25 a day in 2005, and many of the poor are farmers. Researchers in Kenya collaborated with the NGO International Child Support to measure the returns to different types of fertilizer among local farmers. While results show that all interventions led to increases in yield, rate-of-return calculations indicate that not all were profitable for the average farmer.

By some estimates, approximately 1.4 billion people lived on less than $1.25 a day in 2005, and many of the poor are farmers.1 Identifying ways to increase agricultural incomes is crucial to alleviating poverty. Such strategies are especially important in sub-Saharan Africa, a region that has suffered decades of decline in per capita food production.

An estimated 50 percent of the population of Kenya’s Western Province lived below the poverty line around the time of this study, which often means they are unable to afford enough food to meet their basic calorie requirements as well as their non-food needs.2 The majority of Kenyan subsistence farmers grow maize as their staple crop, but many have only small amounts of land and are actually net buyers of maize, purchasing it when their own supply runs out immediately before a harvest. In such an environment, improving agricultural productivity could substantially benefit the farmers’ livelihoods. A potentially important input into increasing productivity is chemical fertilizer. Numerous agricultural trials on experimental farms suggest substantial returns to fertilizer, and improved fertilizer use has been associated with the increase in agricultural incomes during the Green Revolution in South Asia. However, only 37 percent of sampled farmers in the Busia district of Western Kenya report ever having used fertilizer.

The overall goal of this research program is to understand why farmers do not invest in fertilizer. This part of the project first investigates whether the returns to fertilizer are actually substantial on real-world farms in real conditions. 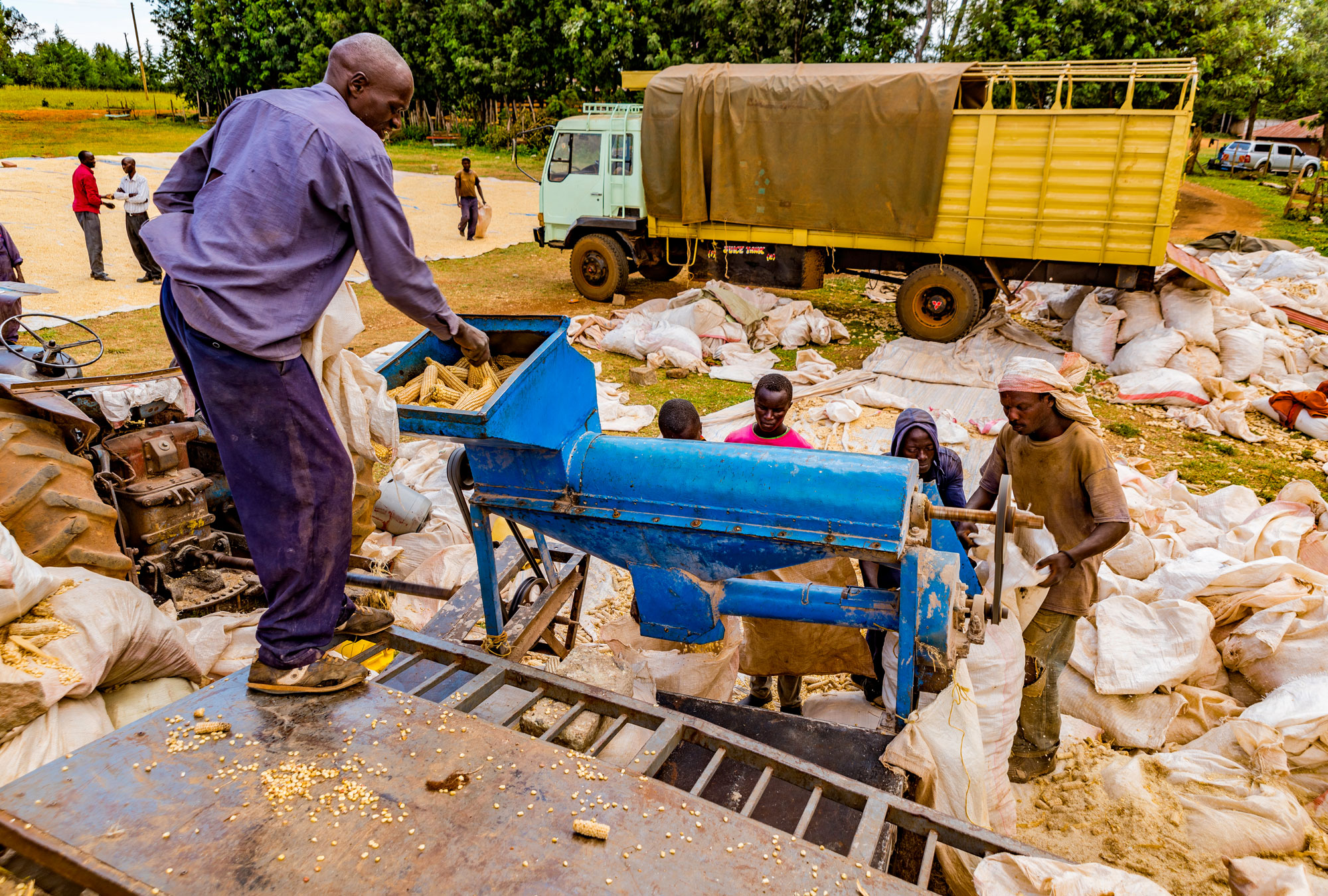 In collaboration with International Child Support (ICS), an NGO, researchers set out to experimentally measure the returns to fertilizer among area farmers. Farmers were selected from lists of parents at local schools, and ICS paid for fertilizer and hybrid seeds, delivered materials, helped these farmers apply fertilizer and seeds, and assisted them with the harvest. On each farm, a comparison plot was kept directly next to treatment plots, which was farmed using traditional methods. The type of seed and amount of fertilizer applied to each plant was varied by plot (see below), but farmers were instructed to tend all plots exactly the same.

Impact on Crop Yield: All fertilizer treatments led to increases in yield, though in different amounts. Interventions A, B, and C led to yield increases of 28 percent, 48 percent and 63 percent respectively, relative to comparison plots. Intervention D, the Ministry of Agriculture recommended package, led to an average 91 percent increase in yield relative to comparison plots. These increases in yield are generally consistent with the results obtained in experimental farm trials.

Rates of Return:  Rate-of-return calculations suggest that Intervention B is highly profitable, with mean returns of 36 percent over a season and 69.5 percent annualized. Implementing Intervention B on a 0.93 acre area of maize cultivation (the average acreage under maize cultivation in this sample) would increase agricultural income net of fertilizer cost by about 1,100 Kenyan shillings (US$33 PPP) compared to traditional methods—this represents a 15 percent increase in net income and more than a month’s agricultural wages. This evidence demonstrates that fertilizer use can have substantial returns, even in the absence of any changes in other farming practices, on real-world farms. However, other levels of fertilizer use, including the official recommendations of the Ministry of Agriculture, are unprofitable for the average farmer in this sample. Thus, while fertilizer can be very profitable when used correctly, one reason why farmers may not use fertilizer is that the official recommendations are not adapted to their specific context. This also suggests that fertilizer is not necessarily easy to use correctly, and may not be profitable for many farmers who do not use the right quantity.

1 Shahua Chen and Martin Ravallion (2008). “The Developing World Is Poorer Than We Thought, But No Less Successful in the Fight against Poverty,” World Bank Policy Research Working Paper #4703.