J-PAL and King Philanthropies launch the King Climate Action Initiative to design, test, and scale solutions at the nexus of climate change and poverty 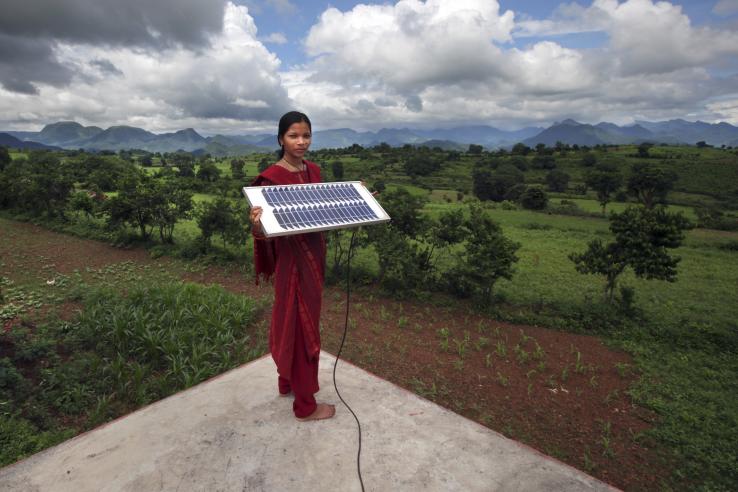 Around the world, the consequences of climate change are already being felt through heat-related mortality, worsening food security, and extreme weather events that damage economies and displace populations. While climate change affects everyone, it disproportionately harms people living in poverty in low- and middle-income countries and threatens to reverse decades of progress in global poverty alleviation.

Over the next 10 years, K-CAI aspires to contribute to climate-related policy decisions and programs that improve in the lives of at least 25 million people living in poverty.

“In the midst of a global pandemic, we are reminded that nature can be more powerful than humankind, and the same is true for climate change,“ said J-PAL Director and Nobel Laureate Esther Duflo. “To protect our well-being and improve the lives of people living in poverty, we must be better stewards to our climate and our planet. K-CAI represents J-PAL’s ambition to do just that.”

With the gift from King Philanthropies to create K-CAI, J-PAL will bring two of its greatest strengths to bear on the battle against climate change: (1) a focus on designing and evaluating innovations that increase opportunities and reduce burdens for people living in poverty, and (2) a proven track record of collaborating with governments and other implementers to scale effective solutions.

Building on this expertise, K-CAI will collaborate with decision makers around the world to conduct rigorous randomized evaluations and scale up effective programs and policies that address the four most pressing climate-related challenges:

MIT President Rafael Reif said, “As with global poverty, one dangerous side effect of climate change is a sense of helplessness: Confronting a problem so complex and enormous, how can any of us start to make a difference? Through a gift that will apply J-PAL’s signature evidence-based problem-solving to the impacts of climate change on people in poverty, King Philanthropies has found a powerful antidote. We are immensely grateful for the generous support that will make K-CAI possible and hopeful for the progress it will spur.”

Climate research and action that supports the most vulnerable

“We are short on time to take action on climate change,” said Robert (Bob) King, co-founder of King Philanthropies. “K-CAI reflects our commitment to confront this global crisis by focusing on solutions that benefit people in extreme poverty. They are already the hardest hit by climate change, and if we fail to act, their circumstances will become even more dire.”

“King Philanthropies is determined to advance its mission—making a meaningful difference in the lives of the world’s poorest people—even as the detrimental effects of climate change grow,” said Kim Starkey, President and CEO of King Philanthropies. “K-CAI will contribute the evidence base and critical action steps needed to confront these two deeply interconnected global crises. We selected J-PAL for this major gift because of its track record, its high-performing leadership, and its demonstrated ability to work with governments and other implementers to accelerate impact. This initiative will bring forward new and creative solutions that address both climate change and poverty at scale.”

K-CAI will enable a substantive expansion of J-PAL’s work on environment, energy, and climate change—work that has been ongoing since 2010.

“Climate change is the defining problem of this century,” said J-PAL Global Executive Director Iqbal Dhaliwal. “Left unchecked, it will undo hard-won gains in poverty reduction around the globe. It will also impact every region and sector in which J-PAL works. We are extremely grateful to Bob and Dottie King and to King Philanthropies for their vision to launch K-CAI, which will accelerate and transform J-PAL’s work in climate change.”

K-CAI will take a two-track approach to inform climate policy, working together with leaders in government, the private sector, and the NGO sector, and with climate scientists at MIT and around the world to:

1) Design, pilot, and evaluate innovations: K-CAI will bring together leading researchers and their implementing partners to identify innovations at the climate-poverty nexus and to evaluate the effectiveness of those innovations using randomized evaluations. K-CAI will prioritize research that uses administrative and remote sensing data to generate results more quickly.

2) Scale effective solutions: K-CAI will catalyze the scaling of effective interventions by funding technical assistance to decision makers in government, the private sector, and the NGO sector. The initiative will deploy a cadre of fellows to collaborate with policy partners to implement evidence-based climate and poverty solutions.

K-CAI will be chaired by J-PAL-affiliated researchers Michael Greenstone (University of Chicago) and Kelsey Jack (University of California, Santa Barbara). Claire Walsh, Associate Director of Policy at J-PAL, will serve as K-CAI’s first Project Director. K-CAI will issue its first call for proposals in late summer 2020 and will announce its first funded research and scaling projects before the end of the year.

To stay informed about K-CAI news and research findings, sign up for the J-PAL newsletter. To learn more about the initiative, visit the K-CAI web page.

King Philanthropies is a grantmaking organization whose work is guided by the vision of its founders, Robert E. (Bob) King and Dorothy J. (Dottie) King. King Philanthropies' mission is to make a meaningful difference in the lives of the world’s poorest people by multiplying the impact of high-performing leaders and organizations.