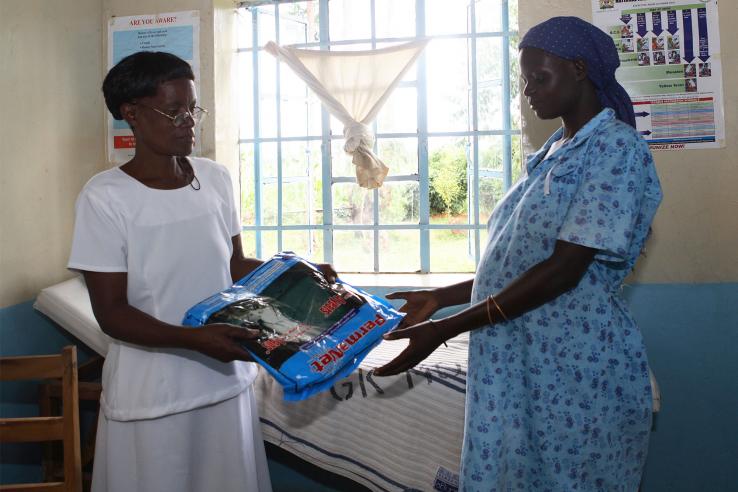 A patient receives a bednet in a hospital in the Western Province of Kenya. Photo: Aude Guerrucci | J-PAL

This year’s theme for World Malaria Day is “End Malaria for Good”—a theme that reflects the tremendous progress that has been made since 2000 in reducing the incidence of the disease, as well as a recognition that challenges remain. According to the World Health Organization (WHO), between 2010 and 2015 alone, the rate of new malaria cases fell by 21% and malaria mortality rates fell by 29%. Yet in 2015, this preventable and treatable disease still claimed the lives of an estimated 429,000 people around the world.

Much of the success in lowering the incidence for malaria has come from increased prevention through the widespread use of insecticide-treated bednets to reduce people’s exposure to disease-carrying mosquitoes. The WHO recommends that all people at risk of malaria should sleep under long-lasting treated bednets. But in 2015, an estimated 47% of the population at risk of malaria in sub-Saharan Africa, where malaria incidence is disproportionately concentrated, did not sleep under a treated net. How can we reach full coverage?

Rigorous research demonstrates that one way to significantly increase the take-up of treated bednets is to provide them for free. Charging fees for bednets has been promoted for many reasons, including reduced wastage in health programs and better targeting of products to those at highest risk. But evaluations across a broad range of preventive health products, including treated bednets, deworming pills, and chlorine for drinking water, have demonstrated that charging even very small fees can dramatically reduce demand for these products. In most cases, charging fees did not improve targeting, but did reduce the fraction of individuals in need who got the product. For example, pregnant women who chose to purchase bednets in Kenya were no more anemic than those who received them for free, and many anemic pregnant women did not acquire bednets when fees were charged. In a separate study in Kenya, receiving bednets for free actually increased people’s willingness to pay for an additional bednet later, and in every study where this was tested, people who received the product for free were just as likely to use it as those who paid.

Over the past decade, this research has helped shift the global policy debate about treated bednet distribution. Many organizations now opt to distribute treated bednets and other preventive health products for free, and the elimination of fees is strongly supported by a number of influential organizations, including the U.K.’s Department for International Development and Save the Children. In 2007, the WHO officially endorsed this free distribution policy.

The WHO Global Technical Strategy for Malaria 2016-2030 sets an ambitious milestone of reducing malaria incidence and mortality rates by 40% by 2020. Exciting new technological developments, including a new malaria vaccine being piloted next year, need to be complemented by efforts to ensure that proven technologies remain effective. Particular attention is needed to increase coverage among the most vulnerable groups, including pregnant women and children under five. To reach this goal, we must continue to push forward the scale-up of evidence-informed policies and programs for malaria prevention.

Learn more about J-PAL’s research in the health sector. 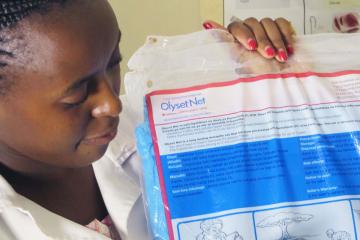 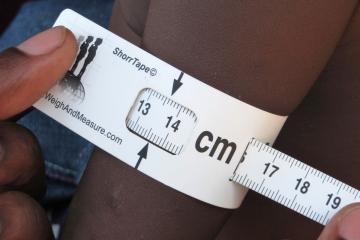