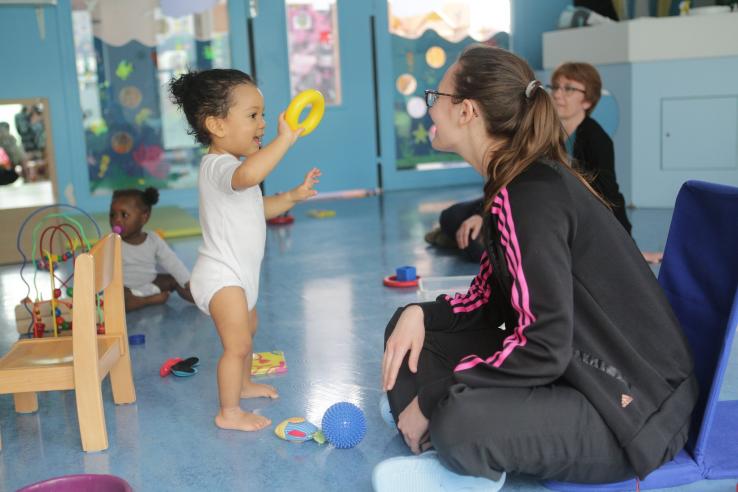 Children participate in a language development program in Courcouronnes, France in 2016. The program is designed to improve the language skills of children aged 3–36 months to reduce the risk of school failure in areas with a high density of underprivileged populations.
Photo: Marjolaine Roland | J-PAL

Scaling up programs that have strong evidence of effectiveness is a vital but often complicated step along the evidence-to-policy journey. Ultimately, scaling is both a science and an art, and after a decade of successes and setbacks in partnerships for scale, J-PAL has learned a lot about collaborating with policymakers to translate research into large-scale action.

J-PAL has devoted considerable resources over the past two decades to the science part of the scaling equation—conducting replication studies, testing multiple versions of programs, and designing randomized evaluations to identify key mechanisms driving impact in order to understand when findings generalize (or don’t) from one context to another.

In a book chapter recently published in The Scale-Up Effect in Early Childhood and Public Policy: Why Interventions Lose Impact at Scale and What We Can Do About It (Routledge 2021), we dive into the ways in which scaling is also an art—one that takes a coalition of committed partners with diverse expertise and political savvy working together to make change happen. (The full volume, which explores both threats and enabling factors for scalability in the early childhood field, was edited by John A. List, Dana Suskind, and Lauren H. Supplee.)

Our chapter, “Forging Collaborations for Scale: Catalyzing Partnerships Among Policy Makers, Practitioners, Researchers, Funders, and Evidence-to-Policy Organizations,” recognizes that despite growing interest in evidence-informed policy making, we still have a long way to go to fully understanding how to scale up effective programs. Successfully scaling up an evidence-informed program or intervention requires (at minimum):

Because no single organization’s mandate covers all of these conditions, collaborations between policy makers, researchers, practitioners, funders, and evidence-to-policy organizations can make it more likely that these scale-up conditions are met.

We draw on more than a decade of J-PAL’s experience worldwide to share four key lessons for forging successful scaling collaborations.

The partnerships from which we drew these lessons span years and continents, but they all demonstrate the importance of careful and intentional collaboration. We hope the lessons in our chapter can provide guidance to a variety of actors hoping to build collaborations with an eye toward scale. And we are honored to be part of a volume that includes so many thoughtful perspectives on how to best use evidence to scale programs effectively and reach as many lives as possible.

Creating a Culture of Evidence Use 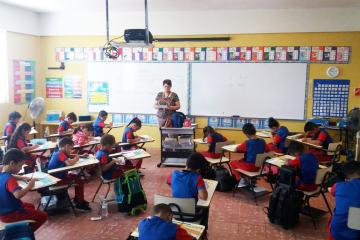