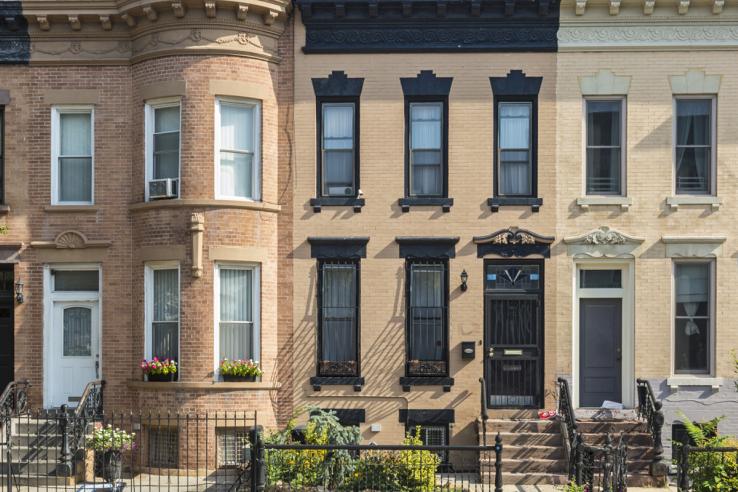 The US Department of Housing and Urban Development (HUD) launched the Moving to Opportunity (MTO) demonstration program in 1994 to test the impact of offering rental assistance to help families living in high-poverty neighborhoods move to low-poverty areas. The long-term results of the MTO study, by J-PAL affiliates Raj Chetty, Nathaniel Hendren, and Lawrence Katz (Harvard University), demonstrated that moving to low-poverty neighborhoods improved the health and well-being of adult household heads, increased the college attendance rate and future earnings of young children who participated in the program, and reduced intergenerational persistence of poverty. Insights from these findings provided the impetus for several policy changes at both the local and federal levels, which together have shifted over US$53 million in funding towards housing mobility services and expanded housing choice for tens of thousands of low-income families in the United States. Ongoing research inspired by the MTO results stands to impact an even greater numbers of families.

Living in historically-disinvested neighborhoods has long been thought to negatively impact the economic mobility of residents.

US residential segregation by income has grown over the past forty years. In 2010, 28 percent of low-income households lived in a majority low-income area, compared to 23 percent in 1980.1 Nearly nine million people now live in neighborhoods where 40 percent or more of the residents are below the poverty line.

A long history of withdrawal or withholding of financial resources by public and private actors in some neighborhoods—driven in part by discriminatory housing policies, practices, and laws—has limited the opportunities for economic mobility in these areas. A large body of research has found that individuals living in such historically-disinvested neighborhoods experience worse outcomes related to education, employment, health, and criminal involvement, on average. Researchers and policymakers have long been concerned that a neighborhood’s environment could directly contribute to these disparities. However, it has previously been difficult to isolate and confirm these links.

The mobility patterns of families receiving federally-subsidized housing assistance is reflective of these trends. For example, in 2017 only 14 percent of families with housing choice vouchers lived in neighborhoods where fewer than 10 percent of residents were living below the federal poverty line.2 Can moving out of areas of concentrated poverty improve the well-being and economic mobility of families receiving housing assistance?

Helping families with young children move to lower-poverty neighborhoods improves later-life outcomes for the children and may reduce the intergenerational persistence of poverty.

In the United States, the Housing Choice Voucher program provides eligible low-income families with rental assistance to pay for decent, safe, and sanitary housing in units they select. In 1994, the US Department of Housing and Urban Development (HUD) launched the Moving to Opportunity (MTO) demonstration to test the impact of offering housing vouchers to families living in public housing in high-poverty neighborhoods across five cities: Baltimore, Boston, Chicago, Los Angeles, and New York. The vouchers were assigned by lottery, allowing researchers to follow randomly selected, equivalent groups of low-income families and attribute group differences in outcomes to the offer of an MTO housing voucher.

To be eligible, families had to have at least one child under age 18 and either live in public housing or assisted housing in areas where more than 40 percent of the population had incomes below the federal poverty line. After enrolling, eligible families were then randomly assigned to one of three groups:

The results of the study provided causal evidence that neighborhoods matter for the health and well-being of residents and have strong long-run educational and economic impacts on young children. By their mid-twenties, children who moved with a low-poverty voucher before age 13 reported incomes 31 percent higher than those in the control group. These children were also more likely to go to college and to live in lower-poverty neighborhoods as adults. For adults, moving to a lower-poverty neighborhood did not change education outcomes, employment, or income. However, it improved mental health outcomes, reduced severe obesity, and increased self-reported measures of security and happiness.

Evidence from the MTO study informed legislative and administrative changes to help families with young children move to high-opportunity neighborhoods.3

“This bill should pass. . . . All you have to do is read the Harvard research project from Raj Chetty, Nathaniel Hendren, and Lawrence Katz, which spoke about the improved opportunities for children based on their location. Higher opportunity neighborhoods offer just about everything that we would want a child to have growing up in this country.”

- Representative Emmanuel Cleaver (D-MO), co-sponsor of the Housing Voucher Mobility Demonstration Program, speaking on the House floor in favor of the bill.4

The results from the MTO study also strengthened the support for an administrative rule change at HUD that expanded housing options for voucher holders. In 2015, HUD authorized public housing authorities to set Small Area Fair Market Rents (SAFMRs), which set housing voucher payment standards by neighborhood rather than by an entire metro area, thus enabling families with vouchers to afford apartments in a larger number of neighborhoods. HUD cited the MTO findings in its announcement of the rules change as well as in the HUD Notice on Proposed Rulemaking for SAFMRs.

At the local government level, the insights from the MTO findings encouraged many public housing authorities to pilot new mobility programs or expand existing mobility services. Over the course of 2017 and 2018, housing authorities in Boston, Charlotte, Columbus, Houston, King County, Massachusetts, New Jersey, New York City, and Seattle have implemented new housing mobility programs to provide supportive services to voucher-holding families in order to help them move to higher opportunity neighborhoods if they desire.5

“The notion that you're going to foster moves that might deplete hard units or move your constituency to other locations is a huge tension that housing authorities and some other state providers with vouchers have to face. Once we saw the results of the study, we began to think about how it would be possible for housing authorities who administer vouchers to begin to focus on mobility strategies that made sense.”

Many of these same housing authorities are members of the Creating Moves to Opportunity (CMTO) project, an ongoing collaboration between J-PAL affiliated researchers and housing practitioners organized in response to the long-term MTO findings. The aim of CMTO is to apply research insights from the MTO study by implementing and testing strategies for empowering low-income families with housing choice vouchers to move to high opportunity neighborhoods. Several ongoing randomized evaluations led by J-PAL affiliated researchers in the CMTO group stand to contribute new evidence on the effectiveness of housing mobility services in helping families move to areas with greater opportunity.

Hear Greg Russ discuss the origin of the Creating Moves to Opportunity project: