Neighborhoods matter for the well-being of residents. Helping families with young children living in high-poverty housing projects to move to lower-poverty neighborhoods improves the later-life outcomes for the children and may reduce the intergenerational persistence of poverty.

A long history of research has shown that people who live in disadvantaged neighborhoods fare poorly on important life outcomes, such as income, education, health, and criminal involvement. Researchers and policymakers have long been concerned that living in a disadvantaged neighborhood could cause some of the negative outcomes often seen for the residents of these neighborhoods. It has been difficult to determine whether or not this is the case, since most people have some choice of where they live, and differences in outcomes could be caused by many factors in addition to neighborhood environments.

Still, there have been numerous theories about how neighborhoods might cause individual life outcomes. Life in a disadvantaged neighborhood may depress residents’ outcomes by exposing them to stressful conditions or by limiting their access to strong schools or job referrals that lead to opportunity. On the other hand, there are theorized downsides of moving to more affluent neighborhoods: new neighborhoods could be more discriminatory, offer more competition for jobs, and provide fewer social services to poor residents.

Given the large number of people living in extreme-poverty neighborhoods, it is important for policymakers to understand not only the effects of neighborhoods on individuals, but also the reason for those effects. What is the extent of the problem? Which programs might remedy the negative outcomes often experienced by poor individuals?

US residential segregation by income has grown over the past forty years. Nearly nine million people now live in extreme-poverty neighborhoods, where 40 percent or more of the residents are below the poverty line.

The US Department of Housing and Urban Development (HUD) launched the Moving to Opportunity (MTO) project in 1994 to test the impact of offering housing vouchers to families living in high-poverty neighborhoods. The vouchers were assigned by lottery, allowing researchers to follow randomly selected, equivalent groups of low-income families and attribute group differences in outcomes to the offer of an MTO housing voucher. 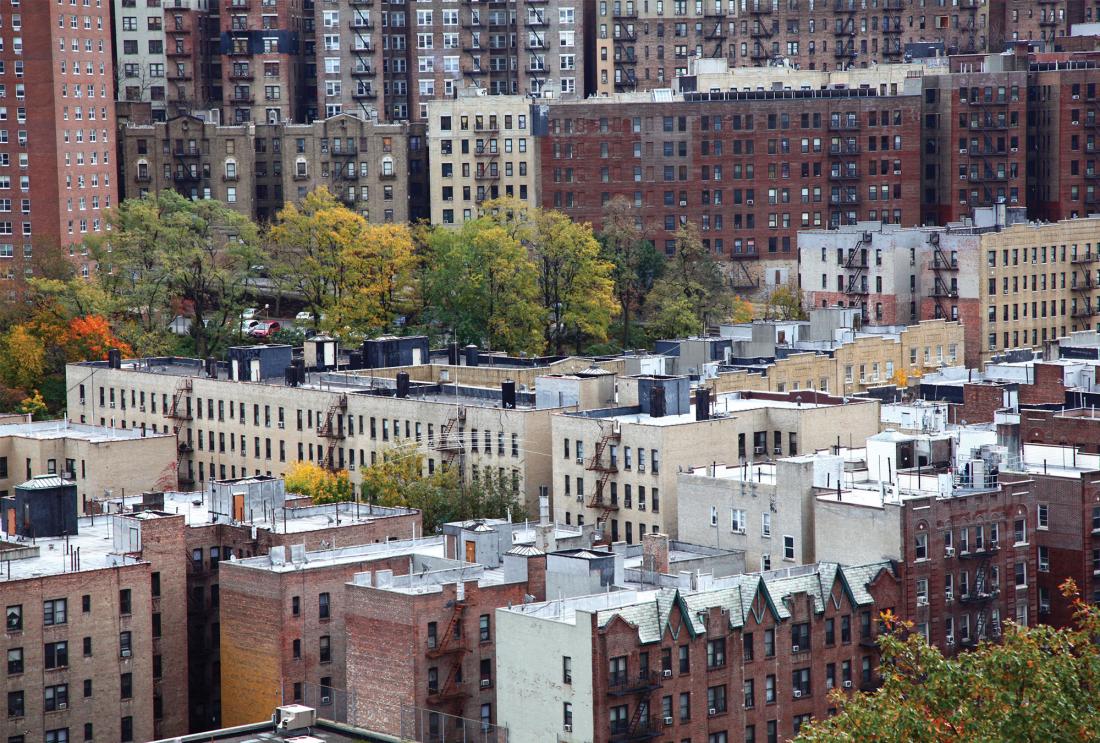 The Department of Housing and Urban Development (HUD) enrolled families in MTO between 1994 and 1998 in five cities: Baltimore, Boston, Chicago, Los Angeles, and New York. To be eligible, families had to have children under age 18 and either live in public housing or live in assisted housing in areas where more than 40 percent of the population was below the federal poverty line. About 77 percent of the enrollees said their primary or secondary reason for moving was “to get away from drugs and gangs.” After enrolling, eligible families were then randomly assigned to one of three groups.

This group continued with the status quo: families continued receiving project-based housing assistance and may have later received housing vouchers through a different assistance program.

This group received regular Section 8 housing vouchers that were geographically unrestricted to move to private-sector housing. These families did not receive any mobility counseling from the MTO program.

This group received special Low-Poverty Section 8 housing vouchers that initially could be used only in areas with poverty rates under 10 percent. Families also received mobility counseling. For the first year of the program, families could only use the voucher in a low-poverty neighborhood, but in following years they were able to use their voucher to relocate to any neighborhood. Voucher recipients had to comply with all Section 8 restrictions.

The legislation that authorized MTO was motivated to improve “the long-term housing, employment, and educational achievements of the families assisted under the demonstration program.” The research agenda was expanded to also examine the physical and mental health of the participants. From the first informational sessions to the final publication of results, the entire project spanned about twenty years.

To measure long-term outcomes, researchers sent interviewers from 2008 to 2010 to survey the MTO heads of households and youth (those aged 10–20 during December of 2007). Effective response rates for adults and youth were 90 percent and 89 percent, respectively. Researchers used administrative data from tax returns to follow up on children’s and adults’ long-term outcomes through 2012.

Families offered MTO housing vouchers were more likely to move to and continue living in lower-poverty neighborhoods than the control group. Families that were offered the Low-Poverty voucher were significantly more likely to move to lower-poverty neighborhoods than the unrestricted moving group, an effect that persisted in the long term.

New neighborhoods were safer, and movers felt safer and happier.

Families moving with a Low-Poverty voucher experienced about a one-third drop in local violent-crime rates. Families in both MTO voucher groups reported greater subjective well-being (happiness). Moving to a lower-poverty neighborhood improved health. MTO voucher moves had no detectable long-term effect on a self-reported health measure, but MTO moves led to significant improvements on direct measures of physical health. For adults, moving with a Low-Poverty voucher reduced the likelihood of diabetes by half and the rate of extreme obesity by about 40 percent.

The effects of moves to lower-poverty neighborhoods on children’s outcomes varied based on the child’s age at the time of the move:

Children who moved before age 13 had increased rates of college attendance and higher incomes later in life.

By their mid-twenties, children who moved with a Low-Poverty voucher before age 13 had incomes that were 31 percent higher than the control group. These children also were less likely to become single parents and more likely to go to college and to live in better neighborhoods as adults. The higher adult incomes of young children in families offered Low-Poverty vouchers yield significantly higher tax payments, which could save the government money in the long term.

Children who were over age 13 at the time of MTO voucher moves had slightly negative long-term impacts, possibly due to disruption effects.

The younger children were when they moved, the more they benefited from the move, suggesting duration of exposure to neighborhood environments is a key determinant in children’s outcomes. Moves to quite different environments themselves may be disruptive to children’s lives. For younger children, the eventual benefits of exposure to better neighborhoods outweighed this disruption, but older children spent less of their childhood in the new neighborhoods. Male youth in particular showed some negative medium-term outcomes after moving to lower-poverty areas.

Adults had no change in education, employment, or income.

There were no detectable short- or long-term impacts of MTO moves on adult economic and educational outcomes for either the Low-Poverty or Unrestricted voucher groups. Both groups also saw no change in receipt of government benefits. Unlike children, adults did not benefit economically from more time spent in the new neighborhoods although they did end up being healthier and happier.

Children who grow up in neighborhoods of concentrated poverty fare worse in adulthood than children from more affluent areas.

The Moving to Opportunity experiment sheds light on the extent to which these differences reflect the causal effects of neighborhood environments themselves. The theory behind the MTO project is inherent in the name—that families would move and find greater opportunity in less impoverished neighborhoods. Such a pattern is clear for younger children.

In turn, the children of these children (the grandchildren of the original families) will also grow up in better environments and are more likely to be raised by two parents with better education and higher incomes. MTO also conclusively established that neighborhoods can affect the mental and physical health of residents. Adults who moved experienced better mental and physical health, and female youth had large decreases in depression. The conditions of high-poverty neighborhoods contribute to cycles of persistent poverty and drain the physical and mental health of residents.

However, the MTO policy is not an unqualified success. Adults did not see better employment prospects or achieve better educational outcomes. Moving may be disruptive to children.

The older children were when they moved, the less they benefited from moving, consistent with other evidence that shows that the duration of time spent in a better environment is a key determinant of children’s outcomes. MTO moves led to some negative outcomes for male children during adolescence, but the effects turn significantly positive in adulthood for those who moved before age 13.

Targeting subsidized housing vouchers specifically to low-income families with young children may reduce the intergenerational persistence of poverty and even save the government money, but it is not a comprehensive solution.

MTO started over twenty years ago, but the importance of this issue is only growing.

For the last several decades, residential income segregation has sharply risen in America—Americans are increasingly self-sorting where they live based on income and wealth. If the trend of increasingly concentrated poverty continues, more and more poor children will grow up in neighborhoods that are draining their happiness and health, and giving them fewer opportunities to find success as adults.

For more information about the impact evaluations of Moving to Opportunity, please see:http://www.nber.org/mtopublic/

39 result(s)
The case for investing in children has never been stronger
J-PAL North America announces new partnerships with three state and local governments
How Governments Can Move People to Jobs
HUD embodies the pathologies afflicting the White House
Achieving the American Dream may depend on where you live
Interview with Lawrence Katz
Audio: Is the American Dream Really Dead?
Social mobility in the United States depends heavily on where you live
American Dream collapsing for young adults, study says, as odds plunge that children will earn more than their parents
Why Are Children Less Likely to Earn More Than Their Parents These Day?
Can you go from rags to riches in Atlanta? Expert says it’s long odds
What the Equality of Opportunity Project Actually Says About Commuting
Housing Bias and Roots of Segregation
Growing up in a bad neighborhood does more harm than we thought
Building a road map to the intersection of race, culture and opportunity
How disadvantaged neighborhoods amplify racial inequality
Economist Raj Chetty's proposals on inequality draw interest on both sides of the political aisle
Video: Jens Ludwig: Neighborhoods, obesity, and diabetes--a randomized social experiment
The American Dream is thriving--just not in the US
How do we get more people to have good lives?
Video: Place, opportunity, and social mobility: What now for policy?
Early move can lead to income rise
Studies: Your Neighborhood Shapes Your Child's Future
What’s good for poor kids isn’t bad for rich ones
Smart social programs
The toughest city in America for growing up poor
Want to help poor kids? Help their parents move to a better neighborhood.
Where poor kids grow up makes a huge difference
Why the New Research on Mobility Matters: An Economist's View
An Atlas of Upward Mobility Shows Paths Out of Poverty
Harvard prof looks at equality of opportunity
How Much Does A Neighborhood Affect the Poor?
Change Your Neighborhood, Improve Your Health
Moving from very poor neighborhoods improves health
Intangible Dividend of Antipoverty Efforts: Happiness
Study: boys report PTSD when moved out of poverty
For boys, moving to a wealthier neighborhood is as traumatic as going to war
Audio: The Moving to Opportunity demonstration’s long-term findings
Press coverage of the Moving to Opportunity demonstration program