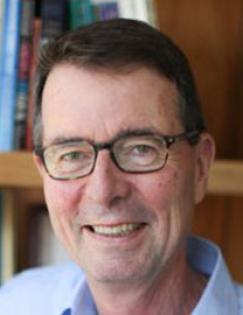 Greg Duncan is Distinguished Professor at the School of Education at the University of California, Irvine and a member of the National Academy of Sciences. He is a prominent social scientist studying child poverty and child development issues and has received numerous awards, including the Society for Research in Child Development Award for Distinguished Contributions to Public Policy and Practice in Child Development. His research focuses on understanding the relative importance of early academic skills, cognitive and emotional self-regulation, and health in promoting children’s eventual success in school and the labor market. He spent the first 25 years of his career at the University of Michigan working on, and ultimately directing, the Panel Study of Income Dynamics (PSID) data collection project. Since 1968, the PSID has collected economic, demographic, health, behavior and attainment data from a representative sample of U.S. individuals and the households in which they reside.

He has written important review pieces, as well synthesizing the lessons from U.S. welfare-to-work RCTs from the 1990s. He has a long and distinguished record of publications in top Economics journals, including the American Economics Review, Journal of Labor Economics, and the Journal of Economic Perspectives. He received his PhD in Economics from the University of Michigan in 1974.