Governments and NGOs around the world have implemented a variety of early childhood development (ECD) interventions to address the lack of psychosocial stimulation and nutrition faced by disadvantaged children. However, little rigorous evidence exists on the long-term effects of these programs on later-life outcomes. Researchers evaluated the long-term impact of an ECD intervention on participants’ economic outcomes in Jamaica, the first such study in a low-income country. Results suggest that the stimulation intervention allowed stunted children to catch up with their non-stunted counterparts, increasing later-life income and reducing inequality.

Early childhood is a critical time for cognitive, social, and physical development. For children under the age of five, good nutrition and psychosocial stimulationphysical and emotional engagementmay be especially important for physical and neurological growth. Unfortunately, in developing countries, many children under five fail to reach their developmental potential due to poverty and the associated poor nutrition and lack of stimulation. To cost-effectively counter the consequences of poor nutrition and stimulation early in life, governments and NGOs around the world have implemented a variety of early childhood development (ECD) interventions. However, little rigorous evidence exists on the long-term effects of these programs on later-life outcomes, such as income and inequality. Researchers evaluated the long-term impact of an ECD intervention on participants' economic outcomes in Jamaica, the first such study in a low-income country.

Despite improvements in recent years, early childhood development is still a challenge in Jamaica. Between 2008 and 2012, 5 percent of children under five were moderately or severely stunted and 4 percent were left in inadequate care, under the supervision of a child less than ten years old, in the previous week.

In 2007 and 2008, researchers conducted a follow-up evaluation of an early childhood intervention that took place in 1986-87 in low-income neighborhoods in Kingston, Jamaica. Among the children in the study in 1986, only 5 percent had mothers with more than an eighth grade education, and fathers were present in less than half of the households. About one-fifth of the children were born with low birth-weight. 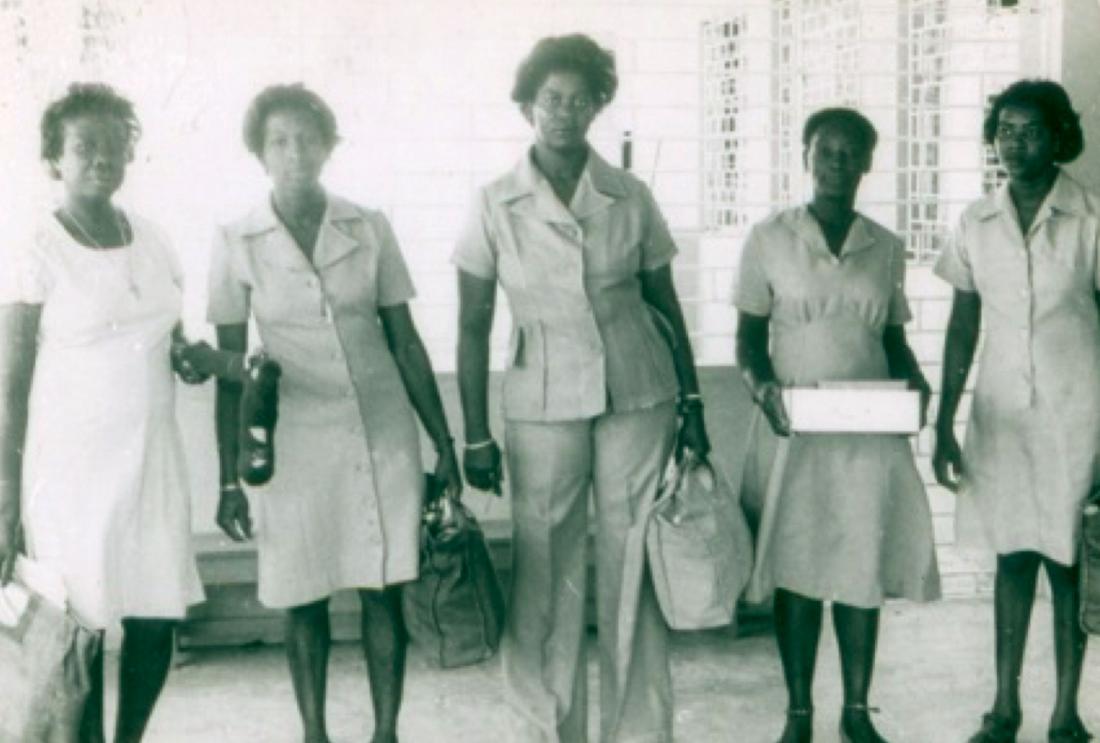 The original ECD program, which lasted two years, enrolled 127 stunted children aged 9-24 months. Researchers randomly assigned these children to one of four groups: a psychosocial stimulation intervention, a nutrition intervention, both interventions, or neither intervention (the comparison group). Researchers also collected data on 84 non-stunted children from the same neighborhoods to serve as an additional comparison group. The stimulation intervention included weekly home visits by trained community health workers, who encouraged and instructed mothers on how to play and interact with their children. For the nutrition intervention, health workers distributed weekly nutritional supplements to homes, as well as additional cornmeal and skimmed milk powder to discourage sharing of the supplement with other family members.

The nutrition intervention had no impact on later life outcomes. This may have been due to the fact that program compliance was incomplete. Despite efforts to discouraging sharing of the supplement with other family members, sharing was common and participants' uptake of the supplement decreased significantly during the intervention.

Researchers examined possible mechanisms through which these stunted children may have caught up with their peers. Results suggest that stunted children who received psychosocial stimulation benefited from greater parental investment, improvements in cognitive and psychosocial skills, greater educational attainment, and a higher level of emigration to advanced economies with access to better schools and jobs. 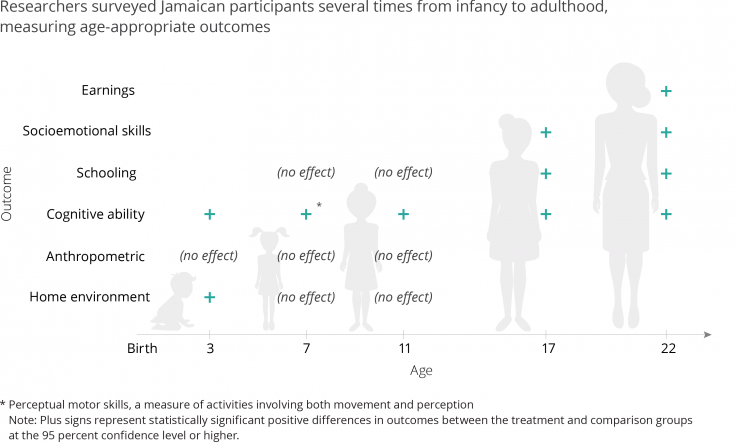 Most notably, children who received stimulation achieved 0.6 more years of schooling, or 5.6 percent more schooling, than participating children who did not receive stimulation, and were nearly three times as likely to have had some college-level education. In addition, a higher proportion of children who received stimulation were full-time students working part-time jobs at the time of the study compared with the non-stimulation group. Since part-time working, full-time students are likely to earn less than full-time, non-student workers, this finding suggests that the observed average earnings may underestimate the long-run earnings impact of the stimulation intervention.