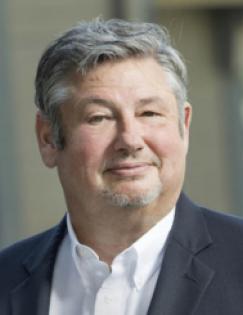 Paul Gertler is the Li Ka Shing Professor of Economics at the University of California Berkeley where he holds appointments in the Haas School of Business and the School of Public Health. He is also the Director of UC Berkeley’s Graduate Program in Health Management and Scientific Director of the UC Center for Effective Global Action. Prior to UC Berkeley, he held academic appointments at Harvard, RAND, and SUNY Stony Brook.

Dr. Gertler is an internationally recognized expert in impact evaluation. Dr. Gertler was Chief Economist of the Human Development Network of the World Bank from 2004-2007 and the Founding Chair of the Board of Directors of the International Initiative for Impact Evaluation (3ie) from 2009-2012. At the World Bank he led an effort to institutionalize and scale up impact evaluation for learning what works in human development. At Berkeley he teaches courses in applied impact evaluation at both the graduate and undergrad levels as well as in an executive education program for policymakers.

Dr. Gertler is the author of the popular handbook Impact Evaluation in Practice published by the World Bank Press. He has been a Principal Investigator on a large number of at-scale multi-site impact evaluations including Mexico’s CCT program, PROGRESA/OPORTUNIDADES, and Rwanda’s Health Care Pay-for-Performance scheme. He has published results from impact evaluations extensively in both scientific and policy journals on early childhood development, education, fertility and contraceptive use, health, HIV-AIDS, energy and climate change, housing, job training, poverty alleviation, labor markets, and water and sanitation. He was awarded the Kenneth Arrow Award for best paper in health economics in 1996.

He holds a PhD in economics from the University of Wisconsin.

29 result(s)
The Impact of Loans on the Survival and Performance of Small and Medium Enterprises (SMEs) in Colombia
A 20-year Follow-Up to an Early Childhood Stimulation Program in Jamaica
The Impact of Sanitation and Hand-Washing Promotion Campaigns on Child Health in Tanzania
Empowering Parents to Improve Education Quality in Rural Mexico
Impact of Covid-19 Stimulus Packages on Small and Medium Enterprises in Chile
Promoting Handwashing Behavior in Peru: The Effects of Large-Scale Community and School-Level Interventions
School Fee Loans to Increase Students Educational Outcomes in Uganda
The Impact of a School-Based Management Program on Student Performance in Mexico
Improving Community Workers' and Beneficiaries' Well-being through a National Conditional Cash Transfer Program in the Dominican Republic
The Impact of a Women-Specific Credit Scoring Model on Women’s Access to Credit in the Dominican Republic
The Impact of Lottery Ticket Incentives on Saving in Mexico
The Impact of a Pension Program on Senior Citizens’ Wellbeing in Paraguay
Vocational Training for Improved Employability and Job Expectations in the Dominican Republic
Leveraging Government Transfers to Offer Low-Risk Microcredit in the Dominican Republic
Books or Laptops? The Cost-Effectiveness of Shifting from Printed to Digital Delivery of Educational Content in Honduras
Closing the Early Learning Gap for Roma Children in Bulgaria
Nudging Medical Providers to Adopt and Sustain Better Quality Care Practices in Argentina
Evaluating the African Health Market for Equity (AHME) Initiative in Kenya
The Effect of India's Total Sanitation Campaign on Defecation Behaviors and Child Health in Rural Madhya Pradesh, India
Incorporating Non-Teacher Professionals into the Education System in Chile
Demand for Sanitation in Kenyan Urban Slums
Socio-Emotional Learning for At-Risk Students in Urban Schools in Lima
Financial Inclusion for the Rural Poor in Peru
Soft versus Hard Skills in Entrepreneurial Success: Evidence from Youth Entrepreneurship Training in Uganda
Investing Cash Transfers to Raise Long-Term Living Standards in Mexico
Role of Conditional Cash Transfers in Early Childhood Development in Mexico
The Impact of PROGRESA on Health in Mexico
Harvesting Rainfall: Experimental Evidence from Cistern Deployment in Northeast Brazil
Slum Housing Upgrading in El Salvador, Mexico, and Uruguay