Conditional cash transfer (CCT) programs have proved effective at raising health and educational achievement, but policymakers remain concerned that households may become dependent on the transfers to maintain their living standards. Researchers evaluated the impact of the Oportunidades CCT program in Mexico on recipients’ investments decisions and long-run poverty levels. They found that the cash transfers promoted long-term increases in consumption through investment in productive activities, enabling beneficiary households to achieve higher living standards that can be sustained even after transitioning off the program.

Cash transfer programs are increasingly common across developing countries. These programs provide relief through income support to those living in extreme poverty, and in the case of conditional cash transfer (CCT) programs, provide incentives for parents to invest in the human capital of their children by making the transfers conditional on certain behaviors. Despite their established benefits in terms of raising health and educational achievement, many policymakers and development practitioners remain concerned about the extent to which households may become dependent on the cash transfers to maintain their living standards. It is not clear whether families will revert to pre-program poverty levels when the transfers are no longer provided, or whether the transfers enable more permanent changes in household finances.

In 1997, the Mexican government implemented a national CCT program, called PROGRESA (later called Oportunidades), with the objective of improving children's health and nutritional status thereby breaking the intergenerational transmission of poverty. To this end, the program provides financial incentives to parents to invest in the health, nutrition, and education of their children. Oportunidades is one of the largest CCT interventions in the world - by 2010, the program had distributed approximately US$4.5 billion to 5.8 million beneficiary households.

The cash transfer benefit from Oportunidades comes in two forms. The first is a monthly fixed stipend of 90 pesos (approximately US$7) conditional on family members obtaining preventive medical care. The second type of transfer comes in the form of educational scholarships, which are given to families of children starting the third grade, conditional on children attending school a minimum of 85 percent of the time and not repeating a grade more than twice. The size of the education stipend is larger at higher grades and is also higher for girls because the government wanted to encourage older girls, in particular, to stay in school. The rates vary from 60 pesos per month for children enrolled in third grade to 225 pesos per month for females enrolled in the third year of junior high school. 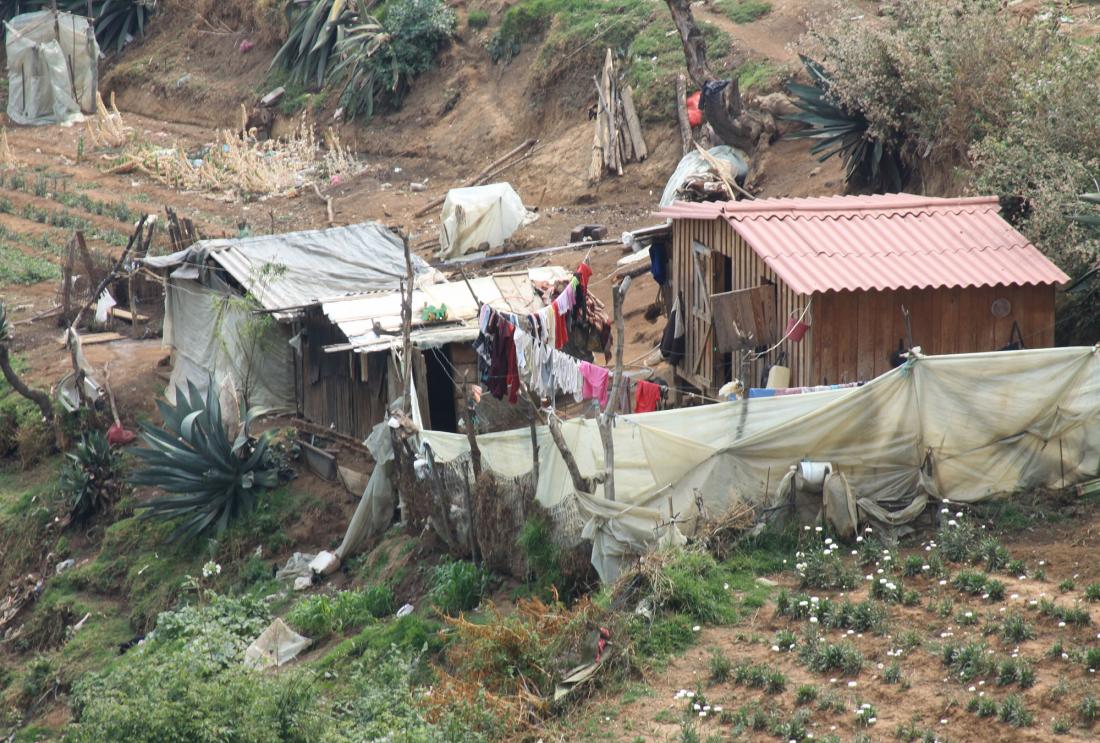 This study evaluates the ability of the Oportunidades CCT program in Mexico to enable increased productive investments and therefore long-run impacts on poverty levels.

Census data from 1997 was used to identify eligible communities on the basis of socioeconomic status. For budgetary and administrative reasons, all eligible communities could not be brought into the program at the same time. Instead, communities had to be phased into the program over an 18-month period. In 1998, of the 50,000 communities deemed eligible, 506 were chosen to participate in the evaluation320 were assigned to the treatment group and would receive program benefits immediately, and 186 were assigned to the comparison group and would begin the program eighteen months later. Households in the treatment group received the cash transfer every month, conditional on completing the required health and education components. Once enrolled, households received benefits for a minimum of three years, after which they were re-assessed for eligibility.

In addition to the baseline survey, follow-up surveys were conducted for all households living in the 506 evaluation communities every 6 months between March 1998 and November 2000, and again in November 2003.

Impact on long-term living standards: Four years after households in the comparison group were incorporated into the program, consumption levels for the original treatment households were 5.6 percent higher than for the original comparison households. This suggests that returns on investments made by treatment households during the initial 18-month experimental period translated into improvements in their long-term living standards. If removed from the program, beneficiary households, therefore, would be unlikely to revert to pre-program poverty levels.