Technological innovations can play a central role in promoting agricultural productivity and improving rural welfare. Sharing information with farmers about the benefits of new technologies can give them the practical knowledge necessary to adopt new innovations. In practice, extension agents often promote new agricultural technologies through group-based trainings or through targeting opinion leaders or lead farmers. Such targeting through social networks can play an important role in spreading information through reinforcing extension messages or increasing take-up. However, targeting lead farmers may also exclude less influential or vulnerable community members, such as women. If the structure of social networks reflects existing gender inequalities, then sharing information through social networks may reinforce those disparities. What is the best way to provide information within a community so that it reaches the most people without excluding the groups that are most vulnerable and less socially connected? Is there a way to do it cost-effectively?

This evaluation studies an information dissemination program in Mali that teaches farmers about the benefits of composting. Composting typically involves using decayed organic materials to improve soil quality. In Mali, men and women usually farm separate plots of land, making both of them decision-makers in this context. Thus, both could use information on new technologies.

According to social network data from 2011, female farmers in this context are generally less socially connected than male farmers. Female farmers have on average 63 percent fewer direct contacts, and they are less likely to play a connecting role between other community members who are otherwise not connected. 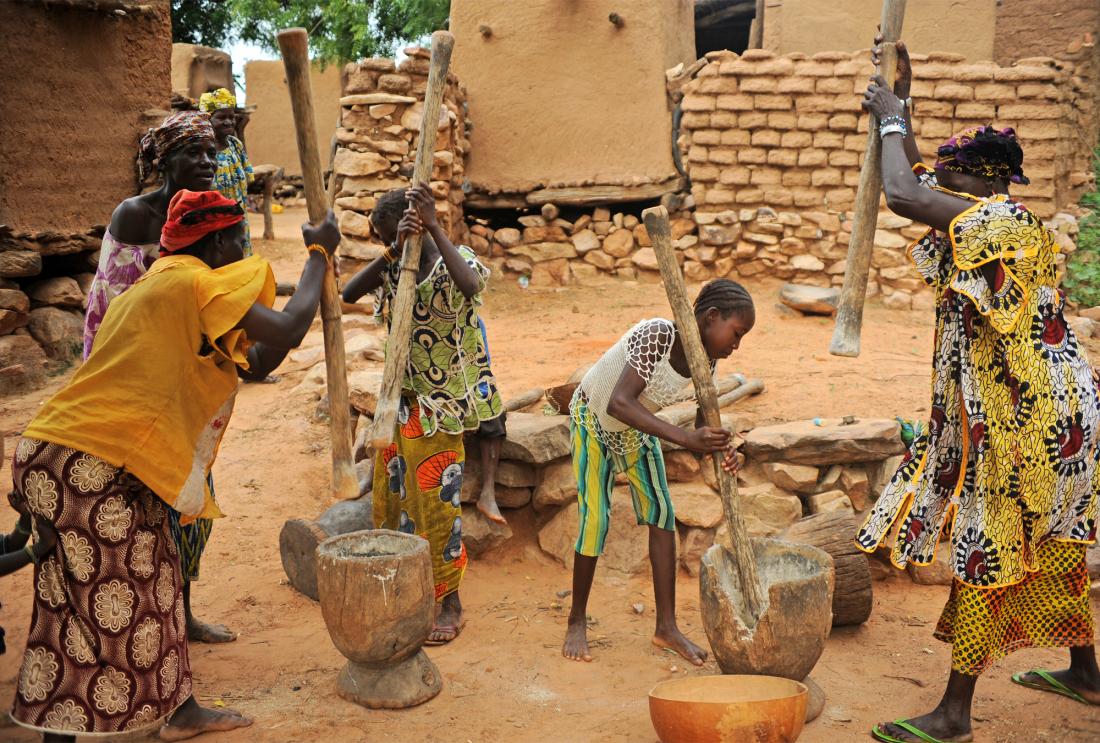 Researchers conducted a randomized evaluation to study the role of social networks in disseminating agricultural information among rural farmers in Mali. Within each community, four farmers were selected to receive a training about composting. They also received informational calendars about composting and were asked to distribute these calendars to other households. Researchers randomly varied which farmers within a social network received information initially based on two different measures of social connectedness: “degree” (the number of contacts in a farmer’s social network) and “betweenness” (the extent to which the individual connects others within the network). In total, 52 villages were randomly assigned to one of the following groups:

Researchers used social network data from 2008 and 2011 to measure the social connectedness of individuals within networks. The intervention was implemented in 30 villages in 2010 and an additional 23 villages in 2011. A month after implementation, researchers visited villages to observe which farmers received calendars and to measure farmers’ composting knowledge.

Effect of Training on Knowledge: Farmers selected to receive direct training experienced a 53 percent increase in composting knowledge compared to those not selected for training. These results indicate that the training component of the program was effective in transmitting knowledge to farmers.

Information Diffusion through Networks: Across all groups, farmers who have an immediate relationship to trained farmers were 30 percent more likely to receive a calendar. In comparison, farmers with no immediate relationship to trained farmers were 9.4 percentage points less likely to receive a calendar (a 33 percent decrease). Aggregate knowledge about composting did not differ across groups. However, targeting by betweenness excluded less-connected farmers from new information.

Differential Impacts by Gender: Overall, women were less likely to receive a calendar from the initial recipients of the training and calendars, and were less likely to acquire composting knowledge compared to men. Across all groups, only 5 percent of women received a calendar, compared to 23 percent of men. Women also had on average 57 percent less composting knowledge than men across all groups. This informational inequality increased in the group which targeted farmers based on betweenness. Taken together, these results suggest that targeting information via social networks may reinforce existing gender information inequalities.