Awareness Campaigns for Parents of Middle School Students in France

Parental involvement in a child’s education is widely believed to bolster school performance, but many parents face barriers to supporting their children’s education. Researchers in France evaluated the impact of a series of informational meetings with education officials on parents’ involvement and their children’s behavior and performance at school. They found that parents became substantially more involved, and all children (even those whose parents were not invited to meetings) were truant less often, displayed a better attitude in class, and were less likely to be disciplined. Although teacher assessments of student achievement increased, there was no effect on test scores (a more objective, though lower-stakes, measure).

Parental involvement in a child's education is widely believed to bolster school performance, but many parents face barriers to supporting their children's education. In particular, parents who have recently immigrated to a new country may not speak the school's language fluently and may have minimal education, making it difficult to participate in and monitor their child's schooling. Little is known however, about how parents and students could be affected by programs which provide support and training for parental involvement in education.

The school district of Créteil encompasses all suburbs to the east of Paris. It is a densely populated area with high proportions of recent immigrants and second-generation immigrants from mostly Maghreb countries, and has very poor socioeconomic indicators. Barriers to parental involvement in their children's education are considerable in this context and include: linguistic barriers, logistical constraints (many parents commute long distances to work), and social barriers, as non upper-class parents may feel discouraged by the bureaucratic jargon and hierarchical frame of the French education system. Acknowledging the detrimental power of these barriers, a number of pilot projects were already ongoing at the time of project's conception which aimed to increase school access in disadvantaged areas of France. 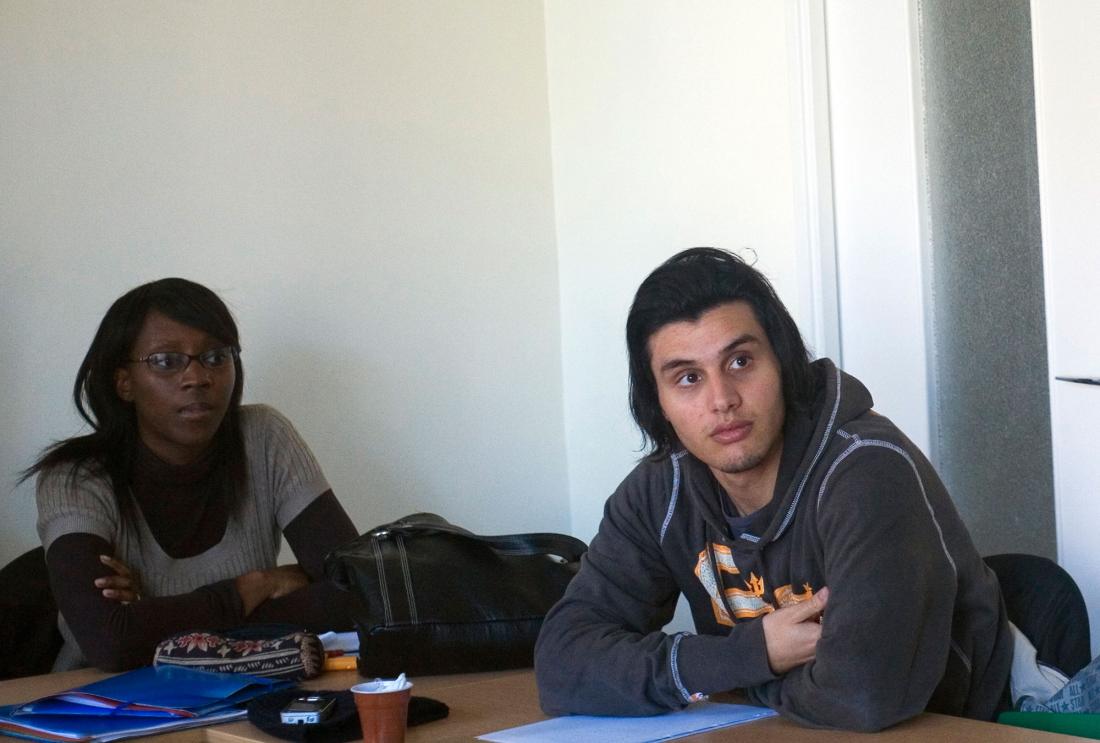 This study evaluates a program called "La Mallette des Parents" designed to foster parental involvement in education, and thereby improve pupil outcomes. Meetings were held at the beginning of the middle school academic year where school officials and teachers encouraged parents to participate in the program. Classes with no parents willing to participate were excluded entirely from the experiment, while researchers randomly assigned classes with participating parents to treatment and comparison groups.

In the treatment group, parents were invited to a series of three group meetings held over two months where education officials spoke on the themes of helping with homework, report cards and schooling in general. Where possible, people who spoke the language spoken by a majority of the parents of the middle school are employed to translate. Parents in treatment groups were then given the option to continue with one of two additional programs, or to abstain from further involvement:

At the end of the school year, data was collected through questionnaires and administrative sources on individual school performance, sanctions and absenteeism on all students, as well as on parenting practices. Data were collected both on students and parents who volunteered to participate in the program and on their classmates. Researchers assessed the impacts of the program on students' academic achievement and behavior in school as well as changes in the behavior of the parents themselves, and provided experimental evidence on peer-effects.

At the end of the school-year, treated families effectively increased their school- and home-based involvement activities. Children of families who were directly targeted by the program developed more positive behavior and attitudes in school, and had less literacy problems. Importantly, for all behavioral outcomes, we find large spillover effects of the program on classmates of treated families. This experiment proves that schools are able to increase parents' awareness and that parental inputs have strong effects on pupil behavior. Our results on spillovers demonstrate that similar initiatives can be effective even in case of low parental take-up of the program.

Based on these findings, in 2010 the French Ministry of Education issued a circular to announce the expansion of the program to all grade 6 classes across 1,300 public middle schools. For more details, see the evidence to policy case study.