Belief Systems and Poverty Alleviation in the Philippines

In the Philippines, researchers conducted a randomized evaluation to measure the impact of an evangelical Protestant religious values and theology education program on individuals' economic and subjective wellbeing. Results demonstrated that the program increased religiosity and incomes, but decreased self-perception of relative economic wellbeing. The program had no effect on consumption, food security, total hours worked or self-reported life satisfaction.

Greater religious practice and belief are correlated with better physical and mental health, higher wages, and increased school attendance, among other measures of wellbeing.1 However, there is a lack of rigorous evidence about whether increasing religiosity causes these outcomes. If increasing religiosity through a faith-based program can create meaningful improvements to participants' wellbeing, this bolsters the case for supporting faith-based charities. This study is the first randomized evaluation of how teaching religious values–in this case, the basic tenets of Protestant Christianity–can affect individuals' wellbeing.

In the Philippines, around one in five people lives on less than US$1.25 a day.2  International Care Ministries (ICM), an evangelical Protestant Christian anti-poverty organization, has been working to address extreme poverty in the Philippines since 1992. ICM conducts a four-month health, livelihoods, and religious values training program called Transform for thousands of low-income families each year.

This study took place among the poorest households in the Central Mindanao and Negros islands. The communities included in the study were predominantly Catholic or Protestant and had not been previously contacted by ICM. 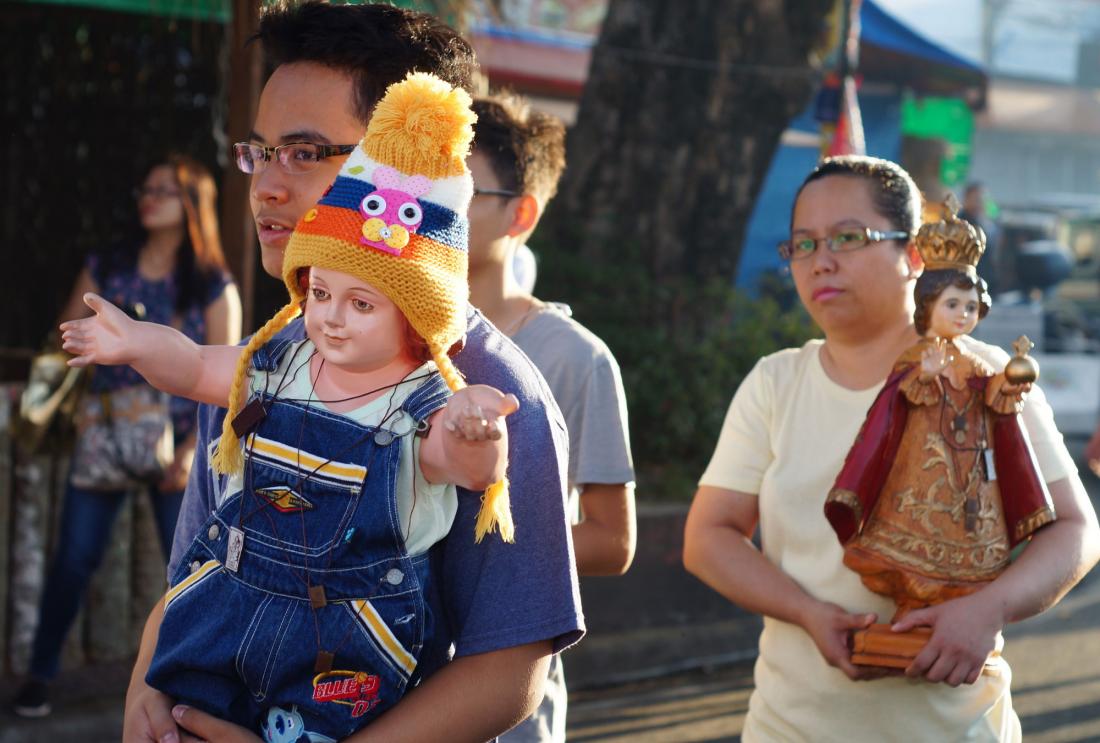 Researchers partnered with ICM to evaluate how the religious values component of Transform affects the economic and subjective wellbeing of the poor in the Philippines. For this study, ICM selected 8,000 of the lowest income households in 320 communities across the Central Mindanao and Negros Islands. ICM had not yet introduced the Transform program in these communities.

The full 15-week Transform program includes weekly 90-minute sessions. The Values portion of the curriculum focuses on teaching participants about the central tenets of Protestant Christian doctrine. The Health training focuses on improving participants' health knowledge and changing their health and hygiene behaviors, and the Livelihoods curriculum provides training in small business management skills and agriculture. ICM staff also distribute "nutri-pack" nutritional supplements containing rice, vegetables, and soy to all participants. Local pastors select the participants, organize the sessions, teach the values segment, and host the meetings at their churches.

To evaluate the effect of the religious component of Transform, researchers randomly assigned communities to receive one of four programs below:

The values curriculum was effective at increasing both religiosity and income among participants six months after the program ended.

Economic outcomes: The values training increased income among participating households by 386 Philippine pesos (US$8.60) a month, a 9.2 percent increase relative to the control group. However, there were no statistically significant changes in other economic outcomes including consumption, food security, savings, and time spent working. The researchers suggest that the income increase may have resulted from participants being motivated to work harder; the program increased respondents' self-reported focus and diligence (i.e., grit). Participants in the program also shifted away from agricultural work to other types of work, which may have had an effect on income.

Perceived wellbeing: The values training lowered individuals' perception of their economic status relative to others in their community by 0.11 points (on a 10 point scale) compared to the control group. The researchers suggest that one possible explanation for this result may be that by attempting to build hope and aspiration, the values program, despite increasing income, made poignant to participants how others are living without as much economic hardship. This awareness, combined with the lack of change in consumption or food security, may have lowered participants' perception of relative wellbeing.

The health and livelihoods training alone had no statistically significant effect on the main outcomes.

This study demonstrates that a faith-based curriculum can change participants' religiosity and increase incomes. Though this evaluation focuses on one type of program conducted by ICM, the Transform model of religious dissemination is similar to many other faith-based programs across the world, and the theology taught is in the mainstream of evangelical Protestant belief-a branch of Christianity with 285 million adherents. Still, the model would need to be further tested to see whether the conclusions apply across other traditions or contexts.

1.
(a) Ellison, C. G. 1991. "Religious Involvement and Subjective Well-Being." Journal of Health and Social Behavior 32 (1):80-99. (b) Gruber, Jonathan H. 2005. "Religious Market Structure, Religious Participation, and Outcomes: Is Religion Good for You?" The B.E. Journal of Economic Analysis & Policy. 5 (1). https://doi.org/10.1515/1538-0637.1454. (c) Freeman, Richard B. 1986. "Who Escapes? The Relation of Churchgoing and Other Background Factors to the Socioeconomic Performance of Black Male Youth from Inner-City Tracts." In The Black Youth Employment Crisis, edited by Richard B. Freeman and Harry J. Holzer, Chicago: University of Chicago, 353-76.
2.
U.N. Millennium Development Goals, Progress Report Snap Shots, the Philippines. Available at: http://mdgs.un.org/unsd/mdg/Resources/Static/Products/Progress2015/Snapshots/PHL.pdf

1 result(s)
The Power of Religion