Career counseling for young, college-educated job seekers in France helped them find work sooner, but this improvement came at the expense of jobs for those who did not receive counseling, and it did not translate into a long-term increase in employment rates.

Youth unemployment is a growing concern in many countries, including France where more than a quarter of recent graduates cannot find stable work. The governments of several developed countries are increasingly relying on specialized job-search counseling to help young graduates find their first jobs. By preparing job seekers for the recruitment process, and by connecting them with potential employers, counseling agencies are thought to both smooth the process of finding work and create a foundation for long-term employment.

France has a large population of young, college-educated job seekers. An estimated 25–32 percent of university graduates are unable to find stable work three years after graduation. Some of these young graduates do not benefit from resources like unemployment benefits because they lack a sufficient employment history. In 2007, the Ministry of Labor began subcontracting job counseling services for young graduates to private agencies, which were believed to be more efficient in this sector than the French public employment agency, Pôle Emploi. 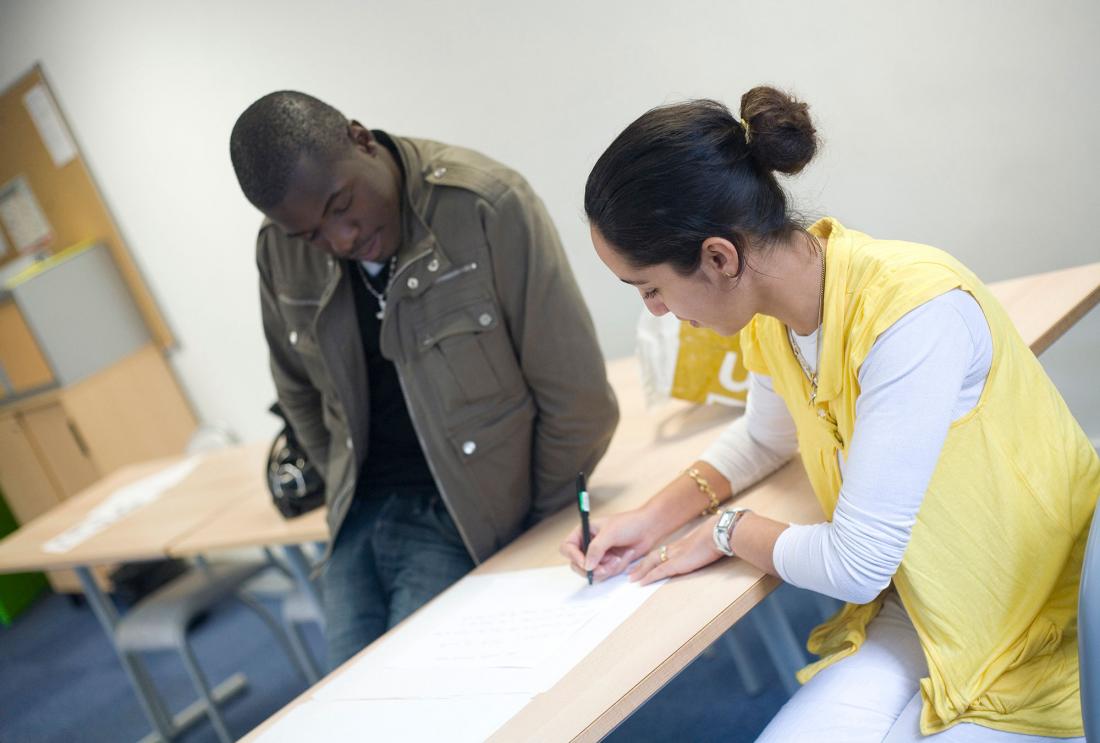 A randomized evaluation of this program was carried out from 2007 to 2010, covering 235 communities in ten regions throughout France. The goal of the evaluation was to assess whether offering job counseling created a displacement effect among job seekers who do not receive counseling, and how large this effect might be. Nearly 30,000 young, educated job seekers were randomly selected to be part of the evaluation. These youth were generally in their mid-twenties, college-educated (they possessed at least a two-year degree), and had not found stable work for at least six months. Nearly two-thirds of the sample consisted of women. Because the job seekers had spent very little time working, 67 percent were not receiving unemployment benefits at the time of the study.

The evaluation used a two-step randomization approach: first, randomly assigning the proportion of job seekers who would receive intensive counseling in a given community, and then randomly assigning job seekers in each treated community into the treatment or comparison group. Individuals assigned to the treatment group were put in contact with a private agency for intensive job counseling lasting a year, while those in the comparison group continued to have the option of receiving standard job counseling from Pôle Emploi. Since both treatment and comparison individuals were eligible to receive counseling through Pôle Emploi, this evaluation measures the impact of supplementing public employment counseling with more intensive counseling from a private provider.

Only 35 percent of the treatment group enrolled in the intensive counseling program. This low take-up may have been because nearly half of the participants already had some form of employment when they were assigned to receive counseling. Take-up of intensive counseling services was higher among people who were not working, had less advanced degrees, and were receiving government unemployment benefits.

Providing intensive job counseling created a displacement effect, lowering the employment rate among the comparison group individuals who lived in treatment areas. In treatment areas, job seekers who were offered counseling were 2.5 percentage points more likely to have found long-term employment after eight months than their peers who did not receive counseling. However, these peers were 2.1 percentage points less likely to have found long-term employment than job seekers in areas where no one received counseling. The net effect of being offered the program is, therefore, small and insignificant.

The low overall impact of being offered intensive counseling is partly due to the relatively low take-up of the program. Since only 35 percent of those offered intensive counseling chose to enroll, the direct benefit on those who took up the program was essentially compensated by the displacement effects on the job seekers who were assigned to the treatment group but did not enroll.

Displacement effects were strongest in places where job seekers eligible for the program were competing for a smaller pool of jobs. In treatment areas with extremely competitive job markets, the employment rate among the comparison group individuals was lower by 7.7 points than the employment rate in areas where no treatment was offered at all.

Intensive job counseling in France helped young graduates find work slightly faster than their peers who did not receive counseling in the same areas but did not increase their employment rates in the long term. This evaluation found no evidence for the presence of a “stepping stone” effect, where a fixed duration job in the short run can lead to a permanent position.

Positive impacts for individuals who participate in a program do not necessarily indicate positive impacts for the population as a whole. Even if the beneficiaries of intensive job counseling are more likely to find employment, their success may come at the expense of other job seekers with whom they compete in the labor market. In programs that have low take-up, this displacement effect may be large enough to result in almost zero effect on beneficiaries as compared to others not affected by the program at all.

It is possible to empirically test large-scale labor market programs and generate evidence that can guide national policies. Most existing evaluations of active labor market policies compare treated and untreated workers within the same communities, ignoring possible spillover effects. Without a large-scale, market-level evaluation, this study would have concluded that intensive job counseling has a positive impact in the short run; it would not have been possible to know whether a displacement effect existed and whether it outweighed the benefits to individuals who participated in the program.