To meet their saving goals, farmers often rely on informal saving mechanisms and commitment devices. But how much do farmers value these saving services? In partnership with a local dairy cooperative, researchers utilized a combination of evaluations and surveys to measure dairy farmers’ responses to various price and timing incentives. They found that farmers willingly declined daily payments at higher milk prices in favor of monthly payments at lower prices, a practice that allowed them to save and acted as a commitment device to meet their saving goals. However, farmers only trusted more established co-op buyers to uphold monthly payment commitments, and preferred to receive daily payments from more mobile, less-established traders.

Lack of access to saving presents an economic barrier to low-income populations. With limited savings and access to credit, households cannot maintain their consumption levels when their income fluctuates, and they may be unable to make costlier (and more productive) investments that would benefit them in the long run.  In the absence of formal saving products, such as bank accounts, individuals often seek out alternative, informal means to achieve their saving goals. For example, farmers might rely on deferred payments from the buyers of their products, in the form of monthly lump-sum payments that require them to save, instead of opting for daily payments.  As evidence from both low- and high-income contexts suggests, are farmers willing to forego higher prices for their goods to access informal saving mechanisms?

Dairy is Kenya’s largest industry in the agricultural sector, comprising 3.5 percent of total GDP. Small-scale farmers, those who own three cows or less, produce 80 percent of the dairy supply. On average, each dairy cow in Kenya produces approximately ten liters of milk per day. This study focused on small-scale dairy farmers in the Kiambu district of central Kenya.

Dairy producers in this evaluation typically sell their milk to two different types of buyers: a local co-op and informal traders. The co-op, a partner in this evaluation, is comprised of 2,000 members, receives deliveries at 24 collection centers during set hours in the morning and afternoon, and generally buys relatively large quantities of milk. A large number of informal traders also purchase milk from these farmers, but in smaller quantities on a less consistent schedule. While the co-op pays farmers on a monthly basis, individual traders pay farmers daily. Contrary to general pricing theory, in which paying up front yields lower prices, the co-op pays a lower price per unit than the daily-paying traders.

As most farmers lack access to refrigerators, they milk their cows and deliver milk to buyer(s) twice per day. While individual sales patterns vary, farmers in this evaluation commonly sell to the co-op in the morning and to traders in the afternoon. Prior to the study, 95 percent of participating farmers reported that they preferred to be paid at the end of the month (the co-op method) while about 80 percent of participating farmers reported that they set saving goals for themselves. Based on these preferences, researchers studied how much farmers value monthly payments as an informal saving commitment device. 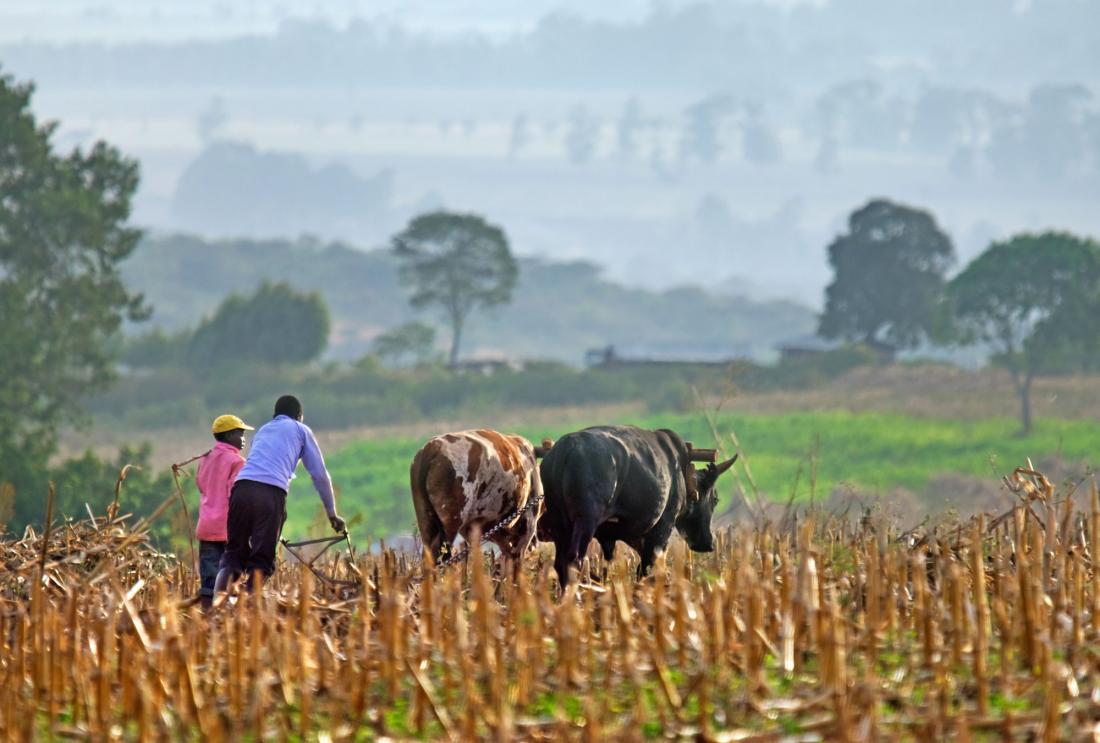 In fall 2014, researchers undertook a randomized evaluation, as well as two studies of farmers’ choices and descriptive data collection, to identify farmer preferences with respect to pricing and timing of payments in the dairy market.

In the two choice studies, farmers faced different purchase offers that varied in price and frequency of payments. In the first choice study, the co-op offered farmers the option to receive payments either daily or monthly, with daily payments 15 percent higher per liter of milk than monthly payments. The second choice study tested whether the demand for commitment is an important determinant of the demand for less frequent payments. Each day, the co-op offered farmers the option to be paid in cash that day or receive payment at the end of the month, and paid farmers an extra KES 5 (around US$0.06) per liter regardless of which payment scheme the farmers selected. In both of these choice studies, researchers examined the percentage of farmers who chose to receive payment monthly versus those who received payment daily, to assess if farmers valued infrequent payments as a saving mechanism. Also, the researchers surveyed farmers to measure the extent to which they perceived differences in the credibility of the co-op versus that of traders.

To evaluate whether price incentives and changes in payment timing influenced farmer behavior, the researchers conducted a randomized evaluation that assigned 398 farmers to one of two intervention groups (150 farmers each) or one comparison group (98 farmers). In the first group, the co-op informed farmers that they would receive a 30 percent higher price for afternoon sales for the next three days (representing more than they would typically receive from traders). In the second group, in addition to the price increase, farmers were offered the flexibility to decide each day if they wanted to receive their payment that day or at the end of the month.  Researchers then measured the kilograms of milk farmers delivered to the co-op in the afternoon during the temporary price incentive period, with 1 kilogram of milk corresponding to 0.97 liters.

The results suggest that farmers utilized the infrequent payment schemes of co-ops as commitment devices that encouraged them to save. However, they did not trust traders to follow through on these same deferred payments and preferred daily payments from traders to meet more frequent consumption needs.

Time Preferences and Buyer Credibility: The results of the choice studies suggest that farmers preferred less frequent payments to help them save. When offered a higher price for more frequent payments at the co-op, 86 percent of farmers chose to keep their standard monthly payment, whereas 14 percent opted for daily payments. Farmers reported that they preferred monthly payments because they set saving targets for themselves and they did not trust themselves to handle cash properly. They acted similarly when both payment schemes offered the same price. These preferences suggest that farmers saw the infrequent payment scheme of the co-op as a service to help them save. Results also indicate that farmers did not rely on traders to help them reach their saving targets since they did not consider traders to be as trustworthy as the larger, more established co-ops. Farmers considered traders less trustworthy due to poor contract enforcement mechanisms when the traders did not pay the farmers after buying their milk. Additionally, the co-op is a large and visible organization; buying regularly at fixed locations and with a well-known headquarters made the co-op appear more trustworthy than traders.

Price and Liquidity: In line with the choice studies and surveys, higher prices and more frequent payments led to small changes in farmers’ volume of milk sales. Offering the price increase alone for afternoon deliveries resulted in a 0.128-kilogram increase in afternoon deliveries to the co-op. While there is some evidence that adding flexibility to the payment frequency further increased quantities, this increase was not significantly different from the effect of the price increase alone. These relatively small changes in milk sales suggest that farmers value the mix of buyers (i.e., traders and the co-op) as they currently utilize them, in order to help them meet frequent and infrequent consumption and investment needs.

Farmers’ demand for infrequent payments suggests that these are an effective and natural commitment saving device. Policies promoting infrequent payments may thus foster investment and purchase of durable goods. However, more research is needed to understand how to optimally structure payments to both help fund large, infrequent expenses and ensure consumption smoothing, or allocating funds throughout the year.