Offering rewards for lifestyle changes to manage diabetes can help encourage people to make changes that they might otherwise put off or avoid, potentially leading to improvements in health. In partnership with the Government of Tamil Nadu, researchers evaluated the impact of incentivizing and monitoring walking on exercise and health. Incentives increased walking and improved health, as measured by risk factors for diabetes and by mental health. Incentives that only rewarded participants who walked on a minimum number of days during the week were more effective for impatient people and more cost-effective to implement.

Lifestyle diseases like diabetes and hypertension are increasing in prevalence across low- and high-income countries. The costs associated with diabetes are estimated to be 1.8 percent of global GDP. Lifestyle changes such as increasing physical activity and eating a healthier diet can both prevent the disease and help the diagnosed avert serious long-term complications, such as amputations, heart disease, kidney disease, and stroke. Yet, adopting these lifestyle changes requires individuals to change behaviors in the present—which can be costly in terms of time and effort—to achieve a better (and uncertain) outcome in future. This creates a challenge because impatient individuals, who undervalue the future relative to the present, may prefer to put off the effort of modifying their lifestyle. One potential way to address this challenge is to offer rewards that can encourage individuals to adopt healthy behaviors. However, little evidence exists on how to design incentives that are effective for different types of people and how to best incentivize impatient individuals.

India is facing a diabetes epidemic, with more than 60 million individuals diagnosed with diabetes and an additional 77 million considered pre-diabetic. Diabetes poses immense costs in treating the disease and in lives lost; in 2010, the Indian healthcare system spent an estimated US$38 billion (2 percent of GDP) on treating the disease and approximately one million individuals died.1 These costs may continue to mount as anecdotal evidence from physicians suggests that few individuals have adopted recommend lifestyle changes. The Government of Tamil Nadu, a partner for this evaluation, was interested in evaluating and scaling up effective strategies to help diabetics manage the disease.


On average, participants in this study were almost 50 years old and 58 percent were male. A majority (65 percent) had been diagnosed with diabetes by a doctor and 81 percent had elevated blood sugar (Hba1c) levels, a biometric indicator of diabetes. Many participants faced additional health conditions commonly associated with diabetes, such as hypertension (49 percent) or obesity (61 percent). 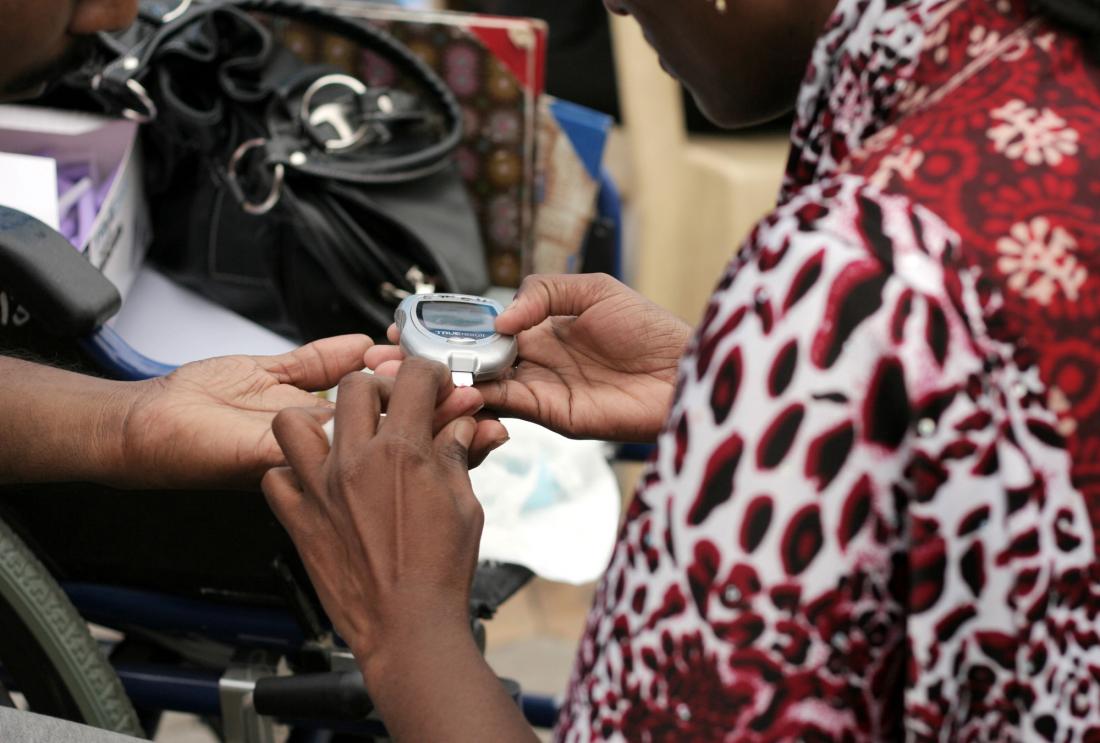 In partnership with the Government of Tamil Nadu, researchers evaluated the impact of incentivizing and monitoring lifestyle modifications on patients’ ability to prevent and manage diabetes. Researchers identified a sample of nearly 3,200 diabetics and individuals with high blood sugar, a risk factor for developing diabetes. First, a week before the evaluation period began researchers taught all participants how to properly wear a pedometer and report steps nightly through an automated calling system. Participants were then randomly assigned to one of the following eight groups for twelve weeks (Figure 1):

Incentives Groups: Individuals received a pedometer to monitor their daily steps and incentives to walk at least 10,000 steps a day. The incentives were paid out in mobile recharges. Researchers offered six different types of incentive contracts within this group that varied in amount, the frequency of payments, and the minimum number of days per week that the target must be met to receive rewards.

Monitoring Group: Individuals received a pedometer, but no incentives. They were encouraged to wear the pedometer and report their steps every day.

Comparison Group: Individuals did not receive pedometers to monitor their steps, nor incentives for their behavior.

Overall, incentivizing walking led participants to walk more and improved risk factors for diabetes and mental health. Incentives designed with minimum thresholds for receiving rewards can be effective to motivate impatient individuals and may be more cost-effective.

Providing incentives to encourage individuals to walk over 10,000 steps per day increased walking. Incentives increased the number of days participants reached the step target; individuals who received any incentives reached the step target on 49 percent of days compared to 29 percent of days for the monitoring group. Likewise, the number of steps taken per day increased by nearly 1,270 steps from approximately 6,770 per day; this is equivalent to walking an additional 13 minutes. Importantly, these effects persisted not only across the 12 weeks of the program, but also incentivized participants continued to walk more 12 weeks after the incentives ended. This suggests that the incentives may have helped individuals form lasting habits.

Incentive contracts with a minimum threshold to receive the reward were more effective for impatient individuals. On average, individuals who received rewards only if they met the target at least four or five days in a given week met the target as frequently and walked a similar number of steps overall as individuals who received rewards without the thresholds. However, thresholds worked better for impatient individuals, i.e. those who undervalue the future relative to the present.

Incentives for walking improved health outcomes, particularly blood sugar and mental health. The incentive program led to a 0.05 standard deviation reduction across an index of five health risk factors, which included random blood sugar, blood pressure, and body mass index (BMI). These effect sizes are comparable to other text message or exercise programs aimed at increasing healthy behaviors. Incentives also improved mental health, with an overall increase in the mental health index and participants reporting feeling happier and less worn. The positive effect on mental health may be from increased exercise, the financial benefit of the reward, or a combination of both.

Taken together, this evaluation demonstrates the potential use of relatively small incentives to catalyze changes in health-promoting behavior. In particular, the results underscore the importance of considering individuals’ impatience when designing incentive programs. Future research could explore how to tailor incentives further to participants in order to improve cost-effectiveness.

1.
Tharkar, Shabana, Arutselvi Devarajan, Satyavani Kumpatla, and Vijay Viswanathan. 2010. "The socioeconomics of diabetes from a developing country: a population based cost of illness study." Diabetes Research And Clinical Practice 89 (3): 334-340.