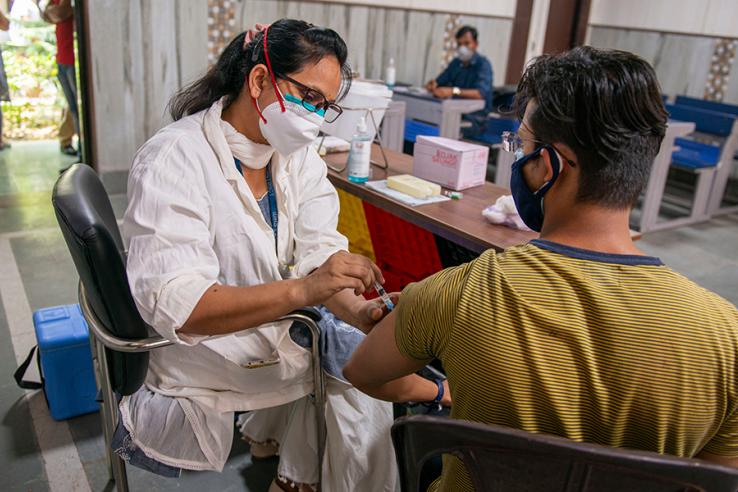 To receive this quarterly newsletter directly in your inbox, please subscribe here.

How to get people jabbed?

A raging pandemic has made this question more urgent now than it has been in recent times.

Concerns over a vaccine’s safety, fears of side effects, and complacency are some of the reasons that often impede immunization. The result of this is that an estimated 1.5 million people die every year of diseases that can be prevented by vaccines.

There is no one best way to convince people to get themselves and their children vaccinated, but the influence and reach of celebrities can help.

The researchers used the Twitter accounts of 46 celebrities and organisations with a combined follower count of 7.8 million to run a campaign promoting immunization. They found suggestive evidence of the campaign increasing awareness of vaccines and immunization, and the possibility of “substantial effects” on one’s own immunization decisions.

That said, one doesn’t necessarily need to be powerful and famous to successfully persuade others.

Some of these ambassadors were good at relaying information but were not necessarily influential or powerful.

Here is what they found:

"The results suggest that local immunization ambassadors amplified the effect of the other interventions, possibly by diffusing information about the incentives widely and explaining the content of personalised reminders."

These findings offer some clues to increase vaccination rates at a time when it is needed the most to stop the mounting death toll from Covid-19. 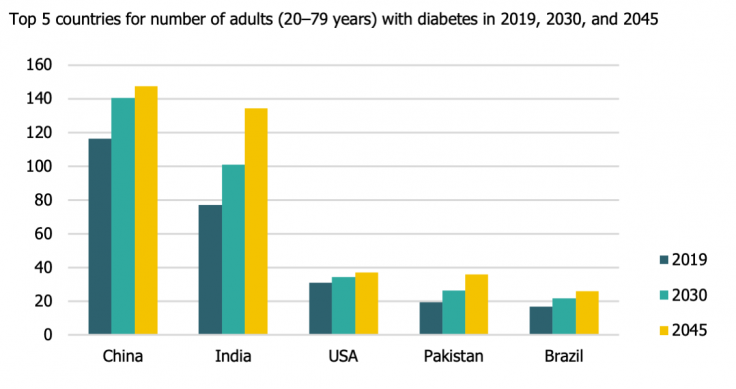 The International Diabetes Federation estimates that 463 million people around the world between 20 and 79 years of age suffer from diabetes. That number is only going to grow over the next 10 years. It is an even bigger problem for low- and middle-income countries where the disease often places additional health and economic burdens on people experiencing poverty.

One of the ways to prevent the disease or keep it from becoming more serious is to exercise. A randomized evaluation by J-PAL affiliates Shilpa Aggarwal (Indian School of Business), Rebecca Dizon-Ross (University of Chicago), and Ariel Zucker in the southern Indian city of Coimbatore found that financial rewards can be useful in getting diabetics and prediabetics to walk more.

The researchers found that a financial incentive of as little as 20 INR (US$0.33) for walking at least 10,000 steps every day increased compliance by 20 percentage points (or an increase of 67 percent). Moreover, participants continued to walk more even the three months after the incentives stopped.

Find out more about the study here.

Cash payments can be a promising way to stop farmers in India from burning crop leftovers. The practice, known as stubble burning, is a big reason behind India's poor air quality.

Social and cultural norms can reduce the effectiveness of policies meant to improve conditions of women. One way to tackle this is by designing programmes and policies that seek to change prevailing attitudes toward them.

The economic fallout of Covid-19 has been devastating for the poor. For the young migrant workers from India's Bihar and Jharkhand states, the crisis seems to have reinforced the disadvantages faced by them in accessing formal jobs in urban areas.

IPCC's landmark climate report: Climate change threatens to reverse decades of progress the world has made on poverty alleviation. The latest report by the UN Intergovernmental Panel on Climate Change (IPCC) is a call for urgent action. Our new blog post sketches out two key takeaways from the report.

J-PAL South Asia partnered with Belongg, Dalberg, and Breakthrough to host the inaugural edition of the xSDG UnConference on promoting inclusive and equitable growth. Some exciting new research was presented at the conference. We collected some of them in this Twitter thread. Check them out.

J-PAL South Asia Newsletter October 2021: How to get people jabbed?