The Effect of Village-Based Schools in Afghanistan

Despite calls for universal primary education and ending gender disparities in education, low- and middle-income countries have more progress to make before reaching these goals. Researchers conducted a randomized evaluation in Afghanistan to measure the impact of school proximity on the educational outcomes of young students in local villages. Results indicated that the geographic proximity of schools had a dramatic effect on children’s academic participation and performance, suggesting that reducing the distance to schools has the potential to reduce gender disparities in rural areas.

Despite calls for universal primary education and ending gender disparities in education, developing countries have more progress to make before reaching these goals. In 2006, 73 million school-age children were not enrolled in primary school, and 55 percent of these children were girls. Countries’ progress towards the goal of eliminating the gender disparity in primary education is mixed: of the 113 countries that failed to meet the Millennium Development Goals’ preliminary target for gender equity in 2005, only 18 are considered to be “on track” to meeting the goal by 2015. Among the poorest performers are countries in Sub-Saharan Africa, Oceania, and Western Asia, which is the setting of this study.

Education challenges are particularly acute in rural areas: globally, 25 percent of children in rural areas are out of school compared with 16 percent of children in urban areas. A major challenge is to determine whether these figures reflect a deficit in the supply of schools or a lack of demand for schooling. On the supply side, educational institutions are often scarce in rural areas. Even when accessible, children may have to walk long distances to attend, which could have a greater deterring effect on girls due to safety reasons—hence adding to gender disparities. In introducing this project in Asia, where rural gender disparities in education are widespread, this study focuses on a single major supply-side challenge: the proximity of schools.

Afghanistan’s educational infrastructure was never comprehensive, but the system that existed in the 1970s has been crippled by decades of war. Moreover, the Taliban, which ruled the country from 1996-2001 and is predominantly opposed to the education of girls and women, significantly impeded gender equality in education. As of 2007, only half of school-age children were enrolled, and of primary-school-age children, only 37 percent actually attended school. Of those students who were educated, boys had an average of eleven years of education while girls had an average of only four years. Girls made up only a third of the currently enrolled student population.

One of the major challenges for the government of Afghanistan is providing educational services in rural areas. Distances between villages can be great and traveling between them dangerous—especially for young children and girls. This is particularly true in the rural province of Ghor, the setting of this study, where a mere 29 percent of the population lives within five kilometers of a primary school. Of children aged 6 to 13, only 28 percent are enrolled in school, and the gender gap in enrollment is almost 17 percent—with 35 percent of boys and 18 percent of girls participating in school. It is important to note that during the study period this part of Afghanistan was not affected by the recent and ongoing war; hence the low (girls’) enrollment rates are not a corollary of families living in a war zone. 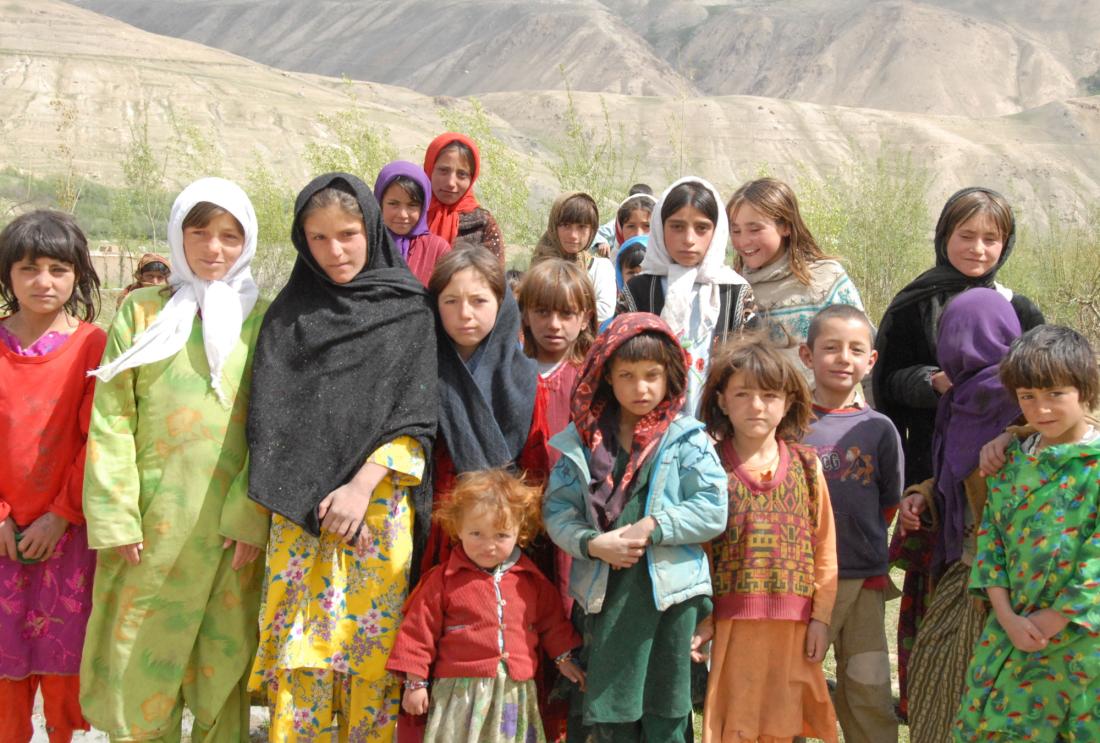 The Partnership for Advancing Community-based Education in Afghanistan (PACE-A) was a five-year USAID-funded program intended to expand educational opportunities to children, especially girls, in areas of Afghanistan that lack access to formal governmental schools. The PACE-A program was designed to minimize the distance children must travel to go to school by starting schools directly in the children’s villages.

Under PACE-A, the community provided the space for the school, while PACE-A provided educational materials (writing utensils, notebooks, books, and teacher materials) as well as training for teachers. Teachers received Afghan Ministry of Education Teacher Education Program (TEP) training, in order to streamline the certification of community-based school teachers into the Ministry of Education system. Within the classrooms, students were exposed to the same government curriculum that students in public schools encounter.

The impact of school proximity on educational outcomes was evaluated by conducting a randomized evaluation of PACE-A. With a sample of 31 villages in two districts in northwest Afghanistan, 13 villages were randomly assigned to receive community-based schools a year before the schools were supplied to the entire sample. This phased-in approach allowed for estimation of the one-year impacts of the community-based schools on children’s school attendance and knowledge of math and the local language, Dari. The experiment also created random variation in the distance that children had to travel to attend school, providing an opportunity to measure the causal effect of distance on school participation and test scores. Test scores were evaluated using a short test covering math and language skills, comprised of questions taken directly from Afghan government textbooks.

Benefit to Girls: Benefits accrued disproportionately to girls. Their enrollment rates increased by 16.8 percentage points above those of boys and their overall average test scores increased by 0.25 standard deviations more. The test score effects on girls are the same as that for boys, implying that the larger impact on overall test scores is solely due to higher enrollment rates. Girls were also more sensitive than boys to distance. The enrollment rate for girls fell by 19 percentage points per additional mile while boys’ enrollment only fell by 13 percentage points. Similarly, girls’ test scores fell by 0.24 standard deviations per additional mile while boys fell by 0.15 standard deviations. The net effect of these disproportionate impacts is that in the treatment group the enrollment gap between boys and girls was almost eliminated, falling from 21 percent to 4 percent, and the test score gap was reduced by a third after only a single year.

This study showed that geographic proximity had a dramatic effect on children’s academic participation and performance and had tremendous potential for reducing existing gender disparities in rural areas.

2 result(s)
One way to increase girls’ enrollment in school: Reduce travel time
It Takes a Village to Raise a School