Conflict-affected states with weak institutions are particularly susceptible to corrupt electoral practices such as manipulation of vote totals during the aggregation process. Researchers evaluated the impact of photographic monitoring technology on aggregation fraud and perceptions of government legitimacy during the 2010 parliamentary elections in Afghanistan. They found that the announcement of a new monitoring technology reduced both theft of election materials and vote counts for politically connected candidates and increased perceptions of government legitimacy.

Fair elections provide an important means of improving government responsiveness by making elected officials accountable to voters and increasing voters’ trust in the state. However, election fraud undermines this critical function in many young and post-conflict democracies, where instability and weak political institutions allow political elites to wield significant power. While election fraud can take many forms—buying votes, intimidating voters, stuffing ballot boxes, etc.—fraud that happens during the aggregation process is likely to involve collusion between candidates and election officials. In a clean election, vote totals for a candidate before and after aggregation should be identical. However, politically connected candidates can manipulate elections by colluding with election officials to change vote totals during the aggregation process after ballots are cast.

One way to expose this aggregation fraud may be to introduce a credible monitoring process. In this study, researchers examined whether photographic monitoring of vote tally sheets before and after aggregation reduced election fraud and improved voters’ perceptions of government legitimacy. Two advantages of this approach are that it is potentially more cost-effective than using international election monitors and that it is designed so that ordinary citizens could monitor their local polling centers.

In Afghanistan, democratic institutions are struggling to create transparent infrastructure after decades of occupation and conflict. Afghanistan’s parliamentary system is particularly vulnerable to fraud since margins for victory are quite slim (a few votes can change outcomes drastically), electoral institutions are weak, and the state does not have control over certain contested regions, leaving polling stations in these regions vulnerable to closure or capture.

This study took place during the 2010 parliamentary elections in which approximately five million Afghans out of 11 million registered voters cast ballots. This election came on the heels of a 2009 presidential election marred by violence and widespread fraud, thus placing much international attention on the transparency of Afghanistan’s electoral process. 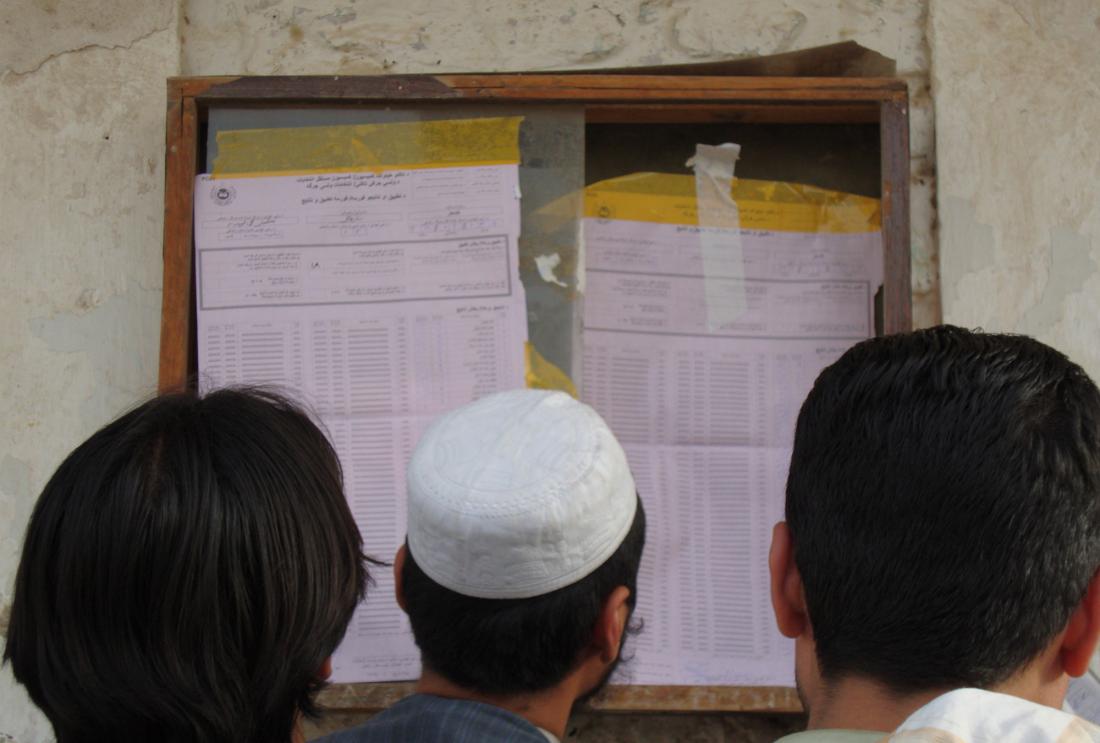 Researchers designed a photographic monitoring system to measure and deter election fraud. Under this system, called “photo quick count”, field monitors photographed the vote tallies posted at individual polling centers prior to aggregation and compared them with the corresponding vote total after aggregation, which were posted on the Independent Election Commission’s website.

To measure the effect of monitoring on electoral fraud, researchers randomly assigned 238 polling stations to receive letters announcing the use of “photo quick count”. Letters were delivered to polling stations in the treatment group during voting hours on election day, September 18, 2010. The letters explained that researchers would photograph vote tallies on the following day in order to document discrepancies arising during aggregation.

The remaining 233 polling stations  served as a comparison group and did not receive a letter. Field monitors visited all 471 polling centers the following day to photograph the publicly posted election returns forms.

Three months after the election, researchers conducted a survey to measure individuals’ perceptions of government legitimacy.

Researchers found substantial evidence of aggregation fraud in favor of politically connected candidates. Announcing the new “photo quick count” monitoring technology reduced some measures of fraud such as the number of votes cast for elite candidates and theft or damage of election materials. Photographic monitoring also contributed to perceptions of greater government legitimacy.

Aggregation Fraud: Researchers found that vote totals at 78 percent of polling centers in the study sample changed during the aggregation process at provincial aggregation centers. Additionally, candidates connected to officials in charge of aggregation received an average of 3.5 fraudulent votes  per polling station. It is estimated that photographic monitoring reduced the number of votes changed by between 9.37 and 17.17 votes.

Theft and Damage of Election Materials: Stolen or damaged tally sheets may indicate an intention to change vote totals during aggregation. Announcing “photo quick count” monitoring led to a 10.8 percentage point reduction in the theft of election materials from a base of 19 percent in the comparison group, a reduction of approximately 60 percent.

Perceived Government Legitimacy: Decreasing electoral misconduct through the announcement of photographic monitoring improved attitudes toward government and increased willingness to be governed. Respondents living near polling stations where the anti-fraud intervention was implemented were 3.6 percentage points more likely to use the police to solve disputes and 4.1 percentage points more likely (from a base of 18 percent)  to believe that members of parliament were responsible for providing public services.

Findings show that photo quick count monitoring can be an effective means of addressing aggregation fraud and improving electoral transparency. Moreover, photographic monitoring is likely to be more scalable, cost-effective, and suited to citizen-based implementation than traditional election observation due to the widespread availability of cellular technology and camera phones. Finally, citizens’ attitudes towards their government are malleable, and increasing the fairness of elections can improve perceptions of government legitimacy.