Expanding Educational Opportunities through a Public-Private Partnership in Pakistan

Many developing countries have prioritized expanding access to primary school to fulfill the Millennium Development Goals (MDGs) of universal primary education by 2015. Researchers conducted a randomized evaluation to measure the impact of publicly-funded private primary schools on student enrollment in rural Pakistan. The private school program significantly increased school enrollment, but did not reduce gender disparities among students.

In recent years, initiatives such as the Millennium Development Goals (MDGs) and Education for All have pushed for universal primary education—particularly in developing and less-developed countries. Despite significant progress in raising primary education enrollment levels, large deficits in primary education persists in regions such as Sub-Saharan Africa, West and Southwestern Asia and South Asia. Addressing the inequality in educational opportunities between boys and girls is a fundamental challenge in this final push for universal enrollment. According to UNESCO’s 2010 report, women constituted two-thirds of the world’s illiterate adults and 54 percent of school-aged girls did not enroll in schools. A potential solution to both increase enrollment and reduce gender gaps is using public funds to subsidize private education and encourage private entrepreneurs to manage schools.

In Pakistan, as of 2007 national primary enrollment rates are 60 percent for boys and 51 percent for girls. However, in poorer, more rural areas enrollment tends to be lower with greater gender inequalities. For example, in Sindh Province, a largely agricultural area with limited access to public schools, only 49 percent of boys and 31 percent of girls aged 5 to 9 enrolled in primary school.

Recent years have seen rapid expansion of low-cost private schools in both rural and urban Pakistan. Compared to government schools, private schools have had better learning outcomes and are seen as a cost-effective means to expand access to education. Nevertheless, there are large disparities in the prevalence of private schools across provinces in the country. To address this issue, the government has attempted to expand access to primary education in underserved rural communities through public-private partnerships with local private entrepreneurs. One such approach is the Promoting Low-Cost Private Schooling (PPRS) program implemented by the Sindh Education Foundation (SEF), a quasi-governmental agency with the mission to undertake education initiatives in the less-developed areas and among marginalized populations. The local entrepreneurs, who were selected through a screening and randomization process, received subsidy and technical assistance to operate coeducational primary schools with the aim to improve the quality of the education provided. 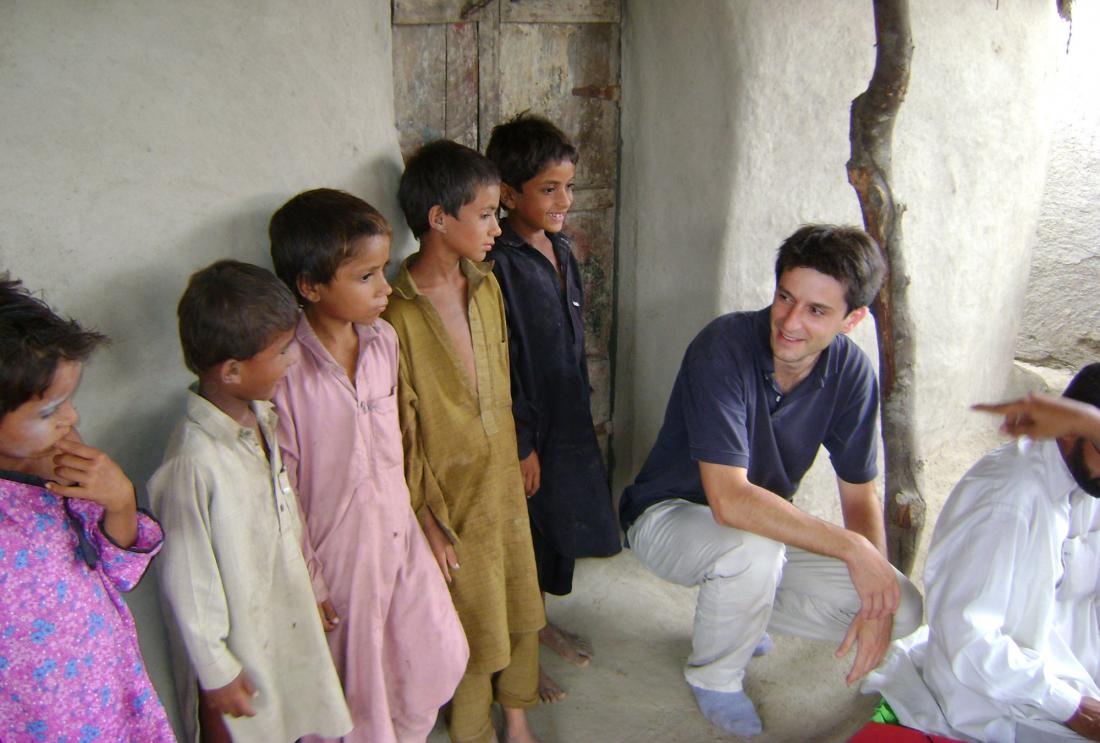 Schoolboys line up in Sindh, Pakistan

Researchers conducted a randomized evaluation to measure the impact of publicly-funded private primary schools on child enrollment in underserved districts in Sindh province, Pakistan. Through PPRS, interested entrepreneurs submitted proposals to set up and operate primary schools from a list of the most education deprived districts in terms of educational resources. To be eligible, proposals had to be within a sufficient distance to the nearest school, have guarantees from parents, have qualified teachers and have an adequate facility to hold classes. Researchers then used these criteria to identify 263 eligible localities of which 200 were randomly assigned to receive the PPRS program.

Among the qualifying communities, 100 were randomly assigned to receive equal subsidies for male and female students of 350 rupees (US$4.70) for each child enrolled. To test whether incentivizing entrepreneurs would increase the enrollment of girls, 100 communities were randomly assigned to receive a larger subsidy for the enrollment of girls. These schools received 350 rupees (US$4.70) for each male student and 450 rupees (US$6.04) for each female student. In the remaining 63 communities, no PPRS schools were created. All children within treatment villages were able to enroll in the schools free of charge regardless of gender. Researchers tracked test scores, enrollment, and attendance for all students.

The PPRS private school program significantly increased primary school enrollment but did not reduce gender disparities among students. PPRS program schools were seen as to be of similar, and sometimes of higher quality, than government schools. Compared to government schools, PPRS schools were open 0.76 more days per week, more likely to use English as the medium of instruction, had higher quality of physical infrastructure, and more teachers.

Enrollment: The introduction of PPRS program significantly increased child enrollment in treatment villages by 30 percentage points, a 60 percent increase over the 50 percent enrollment in comparison villages.

Gender disparity: There was no overall differential effect of the program for boys and girls. Providing greater financial incentives to recruit girls did not lead to greater enrollment for girls than providing equal compensation for boys’ and girls’ enrollment.

Test scores: Enrollment in a PPRS school led to a significant increase in test scores. Students in treatment villages scored 0.67 standard deviations higher on math and language exams than those in comparison villages, while children enrolled because of the treatment scored 2 standard deviations higher on the exams than the mean of comparison villages.

Compared to other interventions, the program is relatively inexpensive in increasing student attendance. Researchers suggest that the returns are likely driven by the strong targeting of the program to initially underserved communities.

The findings from this evaluation served as one input in influencing the government’s decision to continue to fund the program. SEF now supports more than 1,000 schools under the program. The program has gone through six phases of expansion, and has been extended to additional districts in the province. Primary schools that were established in earlier phases of the program have been converted to elementary schools (grades one through eight), allowing children to continue their education in their own villages.