Fecal contamination of food and water is a major cause of diarrhea, the second highest cause of death among children under five in low- and middle-income contexts. Group education sessions are one potential solution to encourage households to adopt healthy behaviors, like treating drinking water or handwashing with soap, that could improve child health and nutrition. In western Rwanda, researchers evaluated the impact of community health clubs on household take-up of healthy behaviors and on the health of children under 5 years of age. The program had minimal impact on household behaviors and no impact on caregiver-reported rates of diarrhea among children under five.

Fecal contamination of food and water is a major cause of diarrhea, the second leading cause of death and leading cause of malnutrition among children under five.1 Sanitation and hygiene practices can prevent diarrhea. These include consuming safe drinking-water, using of improved sanitation facilities, and handwashing with soap. One potential approach to improving water quality, sanitation, and hygiene practices, particularly in low- and middle-income contexts, is through group education sessions that promote behavior change. Community health clubs are multi-session village-level gatherings led by trained facilitators and designed to promote healthy behaviors mainly related to water, sanitation, and hygiene. Increasing adoption of these behaviors could improve health and nutrition. Do community health clubs increase the adoption of household hygiene practices that improve child health and nutrition outcomes?

In Rwanda, where this evaluation took place, the government launched the Community Based Environmental Health Promotion Program (CBEHPP) in 2009 to address the continued high prevalence of diarrhea. CBEHPP used the community health club approach to promote health practices with the aim of eliminating open defecation, achieving a hygienic latrine coverage of at least 80 percent hygienic, and improving rates of household water treatment and handwashing with soap.

Located in western Rwanda, Rusizi district had not previously received the CBEHPP program and had a high burden of disease, including fecal parasites. Among the children under five who participated in this program, 9 percent had on average experienced diarrhea in the last seven days and 35 percent were stunted—low height for age. Thirty-two percent of households adequately treated their drinking water and 67 percent had access to an improved sanitation facility. 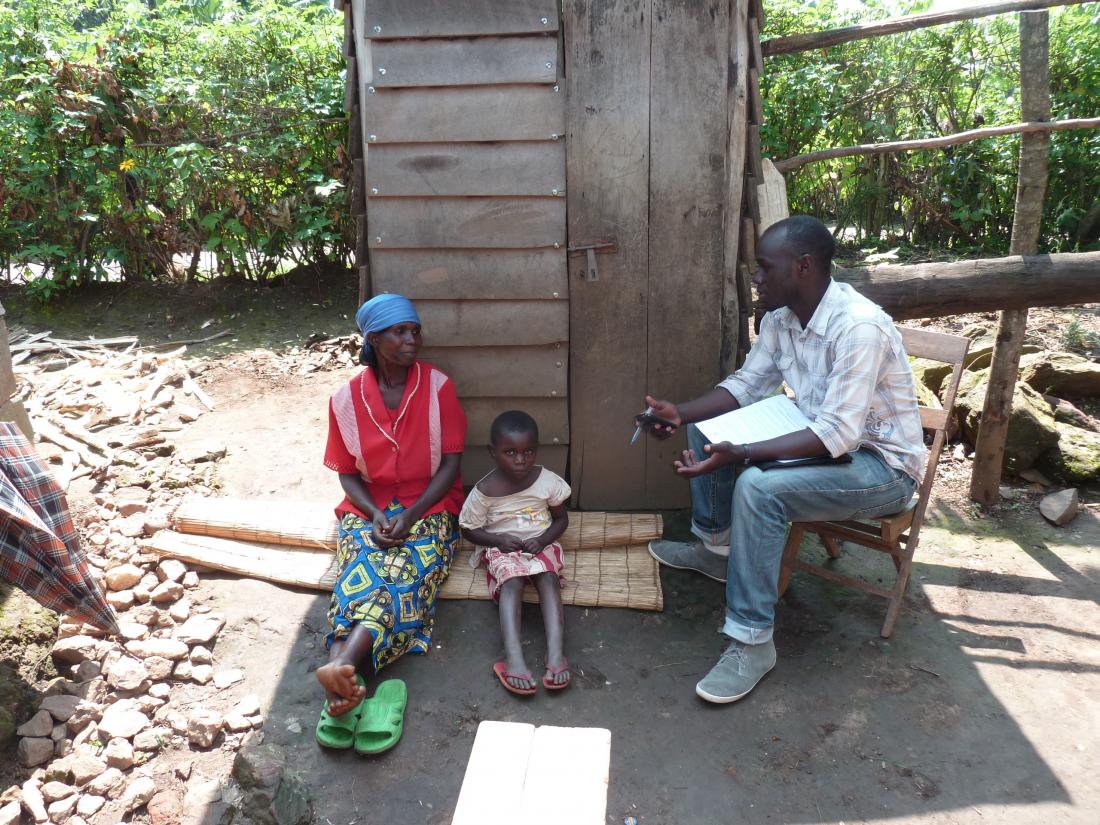 In partnership with the Rwandan Ministry of Health, researchers evaluated the community health club intervention. Within Rusizi district, researchers randomly assigned 150 villages (roughly 8,700 households) to receive one of three interventions:

For villages that received a community health club intervention, the session facilitator determined the meeting times and frequency and session were open to all community members. Most sessions had associated homework assignments to reinforce participants’ learning.

In 2015, once all sessions were completed, researchers collected data on health outcomes for children under five, including caregiver reported diarrhea within the previous seven days, height and weight in children under five, as well as on household hygiene practices, such as treating drinking water, and access to sanitation facilities.

On average, the community health club had no impact on the quality of household drinking water, though households in the Classic intervention group that attended all twenty session did change some behaviors. However, the program had no impact on the health or nutrition of child under five years of age.

Child health outcomes: These outcomes did not translate into improvements in the health or nutrition of children under five. The program did not have any impact on reducing diarrhea reported in the last seven days, stunting, wasting, or outcomes, such as household food security or breastfeeding.