Accounting for over one third of all new HIV infections, youth in Sub-Saharan Africa still lack knowledge on HIV prevention and their own HIV status. Addressing these challenges could empower youth to avoid risky sexual behaviors. In Western Kenya, researchers evaluated the impact of two preventive approaches—community-based testing and free condom provision—on behavioral and biological outcomes. Neither community-based testing, free condoms, nor these interventions offered together reduced the prevalence of sexually transmitted infections or risky sexual behaviors among youth.

Voluntary counseling and testing (VCT) provides individuals with personalized counseling and knowledge of their HIV status. A crucial entry point for HIV treatment, it is also an important prevention strategy. Knowledge of one’s HIV status, coupled with counseling, could empower individuals to reduce risky sexual behaviors and protect themselves and their partners against HIV and other sexually transmitted infections (STIs). Yet, traditional testing at a local health facility poses a number of barriers to youth, including travel time and costs, and social costs of potential stigma associated with visiting an HIV testing center. An alternative model, like community-based VCT near or within their home, may remove some of these barriers, while the provision of male condoms, often not affordable or accessible to youth, could enable them to adopt safe sex practices.

Researchers studied whether increasing HIV testing through community-based VCT, providing a large supply of free male condoms at one point in time, or the provision of VCT and male condoms together could reduce risky sexual behaviors and HIV risk over the next two years.

Kenya has the fifth largest population of people living with HIV in the world—at nearly five percent.5  While new HIV infections decreased by 30 percent since 2010 and 89 percent of people living with HIV know their status, only 60 percent of young women and men could correctly identify ways of preventing sexual transmission of HIV as of 2014.5  As of 2007, the prevalence of the sexually transmitted infection (STI) Herpes Simplex Virus-2 (HSV-2), a reliable indicator of risky sexual behaviors that could transmit HIV, increased rapidly among young women and men, with women having a higher prevalence.

The study took place in Kenya’s rural Western Province among youth aged 17 to 24 in 2009. Participants had been successfully surveyed as part of a previous study by Duflo, Dupas, and Kremer in 328 primary schools. At the time of the study (2009-2010), roughly half of the participants were between 19 and 20 years of age and about 20 percent were married. About 42 percent had ever been tested for HIV, a rate that was higher among women than men. Only one third could correctly answer questions about HIV transmission and only 13 percent had accepting attitudes of people living with HIV/AIDS. 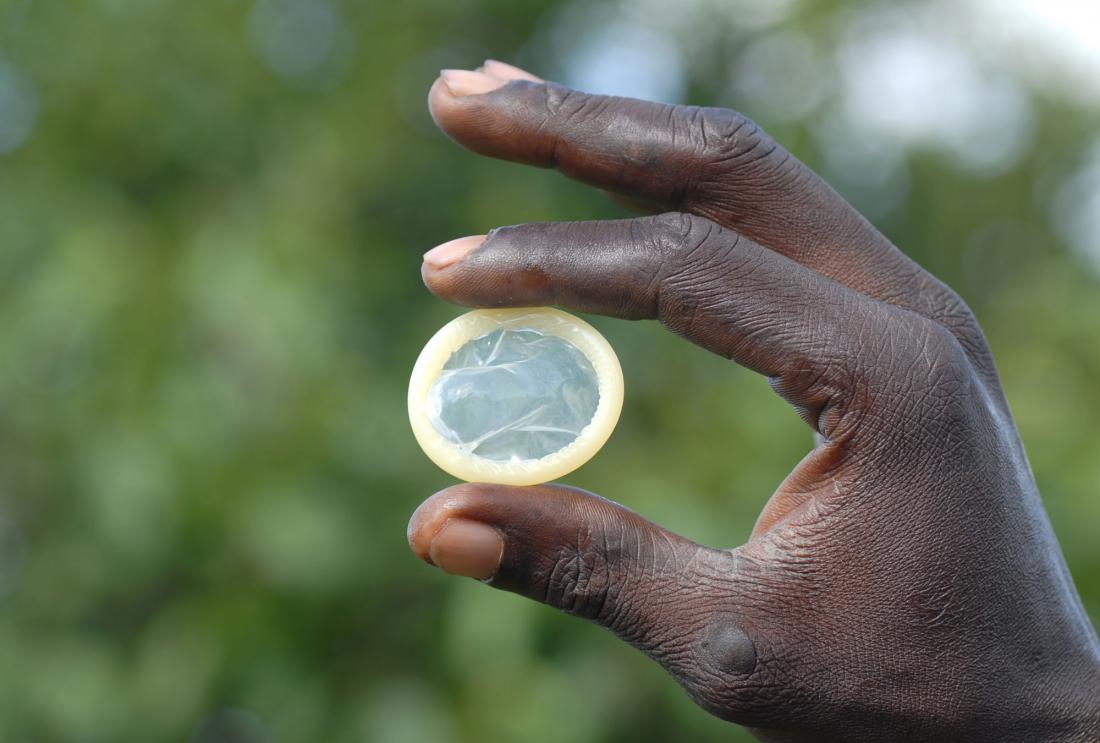 Between 2009 and 2013, researchers evaluated the impact of two HIV prevention interventions among youth aged 17 to 24 on the uptake of VCT, uptake of condoms, risky sexual behaviors, and HIV risk. Researchers randomly assigned over 10,200 youth to one of four groups to receive: VCT only, free condoms only, VCT plus free condoms, or to a comparison group which did not receive any intervention.

Certified counselors trained by the government provided all VCT services. Unlike standard VCT offered at local health facilities, the VCT intervention was offered within respondents’ communities near or within their homes for ease of access. Respondents who tested positive for HIV were referred to the closest clinic with the capacity to provide care and treatment. Participants receiving condoms were offered fifty boxes of three condoms each and could take all or a share of them. The condom intervention was thus a one-time delivery. Over the course of the evaluation, all participants could access VCT and condoms for free through local health facilities and purchase condoms through local shops.

At both follow-ups, researchers collected data on sexual and reproductive behaviors (e.g. number and type of partners, condom use, HIV testing rates, history of pregnancy, and number of children) and knowledge and attitudes about HIV.

Researchers also collected data on HSV-2 to track risky sexual behaviors that could transmit HIV. Researchers did collect data on HIV prevalence, though the prevalence among participants was too low (<1 percent) to be able to detect any change as a result of the intervention.

Researchers found that a one-time community-based VCT and free condom interventions with youth did not reduce the prevalence of HSV-2 in the following four years. This may be because access to both VCT and condoms is relatively widespread in the study context, but the VCT intervention did increase the likelihood of HIV testing suggesting that community-based VCT can link youth to HIV testing, even where these services were already available.

VCT uptake: VCT services were widely available in the community, with over 85 percent of those in the non-VCT groups reporting having ever been tested. Nevertheless, community-based VCT increased testing, with 98 percent of those in the VCT groups reporting ever having been tested. The high uptake of VCT in the non-VCT groups potentially explains the lack of impact of the community-based VCT campaign.

Sexual and reproductive behaviors and knowledge: The study found that neither intervention individually nor together led to changes in self-reported sexual behaviors or child bearing outcomes relative to the comparison group. This included having multiple partners in the last six months, using a condom during last sexual intercourse, and self-reported STI symptoms. For childbearing, this included ever being pregnant or partner ever being pregnant, and number of children. The interventions did not have any impact on basic knowledge of HIV prevention or attitudes towards the disease.