School attendance remains low in many developing countries, even when schools are easily accessible, in part because of the opportunity costs of sending children to school. In Nicaragua, researchers analyzed the impact of a conditional cash transfer program on the distribution of child labor within households. In households that randomly received a conditional cash transfer, older boys and boys who were behind in school spent significantly less time working each week. Girls did not work fewer hours, but their work shifted away from agriculture and towards domestic activities.

Over the past two decades, many developing countries have expanded primary school access and have achieved very high rates of primary school enrollment. However, student attendance on a day-to-day basis remains a challenge, in part because families can face opportunity costs in sending their children to school. Research on child labor has examined the trade-offs that parents face between having their children earn an income immediately or keeping them in school so they could potentially earn a higher income later in life. This literature has shed light on how various household characteristics and different contexts might affect such a decision. Less is known about which child characteristics parents take into account when assigning responsibilities within the household and how social programs like conditional cash transfers (CCTs) affect the distribution of responsibilities between children.

This study took place in six municipalities in northwest Nicaragua, selected in part for their extreme level of poverty. The average household consumed less than one dollar per person per day, and household heads had less than three years of education. Households in the sample also had around four children under the age of 15.

In 2005, the Government of Nicaragua implemented Atención a Crisis, a conditional cash transfer (CCT) program which provided families with cash grants conditional upon their children's attendance at school and health check-ups. The program was implemented in the aftermath of a drought to provide a short-run safety net for poor families who might otherwise cope with shrinking income by taking children out of school or reducing food consumption. The program was also intended to promote long-run upward mobility and poverty reduction by increasing households' assets and diversifying income. 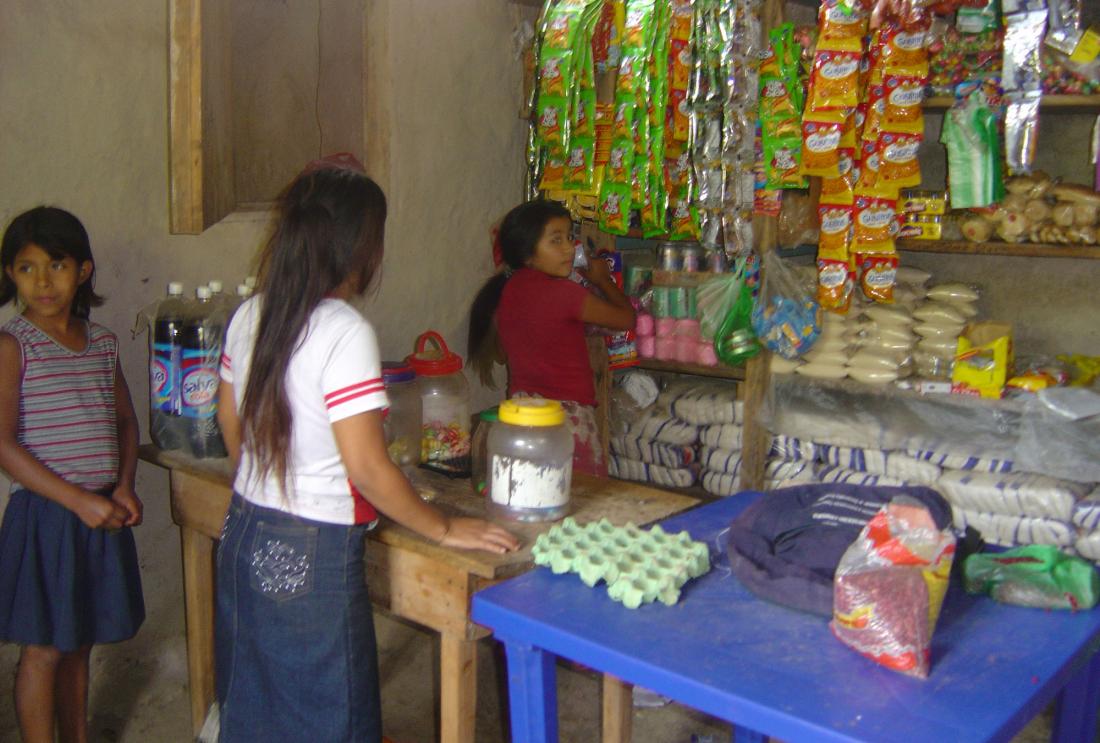 In order to assess the impact of this CCT program, researchers partnered with the Nicaraguan Ministry of Family which allowed to test the effect of Atención a Crisis on the division of household labor. The Nicaraguan Government randomly selected 106 villages into treatment or comparison groups. In treatment villages, all households who qualified based on a proxy-means test and whose primary child caregiver attended a registration assembly were randomly allocated to one of three treatment groups:

(i) Basic CCT: All households with eligible children received bimonthly transfers that totaled US$235 during the year-long program. They also received an additional US$25 per child between 7 and 15 as long as they were enrolled in and attended school. The transfer was in principal conditional on regular preventative health check-ups for children younger than age of 7, however in practice this was not monitored, and households faced no penalties for non-compliance.

(iii) CCT and Lump Sum Grant: In addition to the basic CCT, households in this group had received a US$175 grant for productive investments, which was intended to encourage recipients to start a small non-agricultural business to build assets and diversify their income sources.

Baseline data was collected in 2005, and a follow-up survey was conducted nine months later, in 2006. Surveys focused on take-up of the interventions, as well as household and individual socio-economic data, including information on child labor market participation. While 4,400 families participated in the surveys, the sample used for this analysis includes only households with at least two children between 6 and 15 years old.

Impact of CCT on Distribution of Child Labor within Households: The CCT helped to narrow some gender and age differences in the amount of time children within the same household spent working. Specifically, due to the program the difference in hours worked between boys 10-15 years old and their younger brothers was reduced by three hours each week. Additionally, boys in households that received the CCT who were farther behind in school had a much larger reduction in child labor in economic activities, particularly in agriculture, when compared to other boys This suggests that the transfer was sufficient to motivate parents to reallocate child labor responsibilities to keep even lower performing boys in school, who in absence of the transfer would assume more of the economic tasks that overlap with the school day.

Impact of CCT plus Lump Sum Grant on Distribution of Child Labor within Households: The productive investment package reinforced older girls' specialization in specific tasks within the household. Girls between the ages of 10 and 15 in households that received the CCT plus the productive investment grant spent about two hours more each week working in nonagricultural and domestic activities as compared to their younger sisters. These results suggest that older girls further specialized in non-agricultural activities, as the grant increased the return to this type of labor (which women normally specialize in).

Overall, Atención a Crisis helped to compensate for some preexisting differences in allocation of labor among children within a household, but intensified others. However, it is not clear if the changes in work allocation within households were driven by the increase in income due to the cash transfer, or due to the requirements for attendance at school.