The Impact of Decentralizing Education Spending on Student Learning in Senegal

In spite of dramatic increases in school enrollment in many developing countries, education quality often remains low. One way to improve school quality is to provide schools with more physical and pedagogical resources. Yet there is limited understanding of the extent to which increasing resources can be effective. Researchers partnered with the Senegalese government to evaluate the impact of a decentralized school grants program on student learning. The program improved test scores overall and for girls in younger grades. The impact was stronger in schools that invested more in human resource training rather than in school materials.

In spite of dramatic increases in school enrollment in many developing countries, education quality often remains low. One way to improve school quality is to provide more physical and pedagogical resources in schools, yet there is substantial debate about the extent to which increasing resources can be effective in improving student performance. While many programs that provide specific resources have been found to be ineffective, it may be possible to improve the quality of poor schools by allowing schools to decide themselves how to spend the extra resources. Proponents maintain that local stakeholders are likely to have a better understanding of the needs of schools than central policymakers, and are therefore better placed to allocate resources to their most efficient use. This study examines the impact of a school grant program on student performance. The key feature of the program is that schools could decide themselves how to spend the grant.

From 2000 to 2009, primary school enrollment rates in Senegal increased from 67 percent to 92 percent. Despite this increase, only 60 percent of students completed primary school in 2009, a relatively low rate compared to the 67 percent average for Sub-Saharan Africa and 88 percent globally.1

In an effort to improve the quality of education, the Senegalese government initiated a school grants program (projets d’école). Starting in 2009, the emphasis of these grants shifted from improving the physical infrastructure toward pedagogic issues, such as teacher training, tutoring, and the provision of text books. Every primary school in the country could apply for funds for a specific school project that addressed a particular pedagogical issue and sought to improve the quality of learning and teaching. Grants were prepared by a committee of parents, teachers, and local officials, and the central government awarded funds through a competitive process. The maximum grant totaled around 1,500,000 CFA Francs (US$3,190). 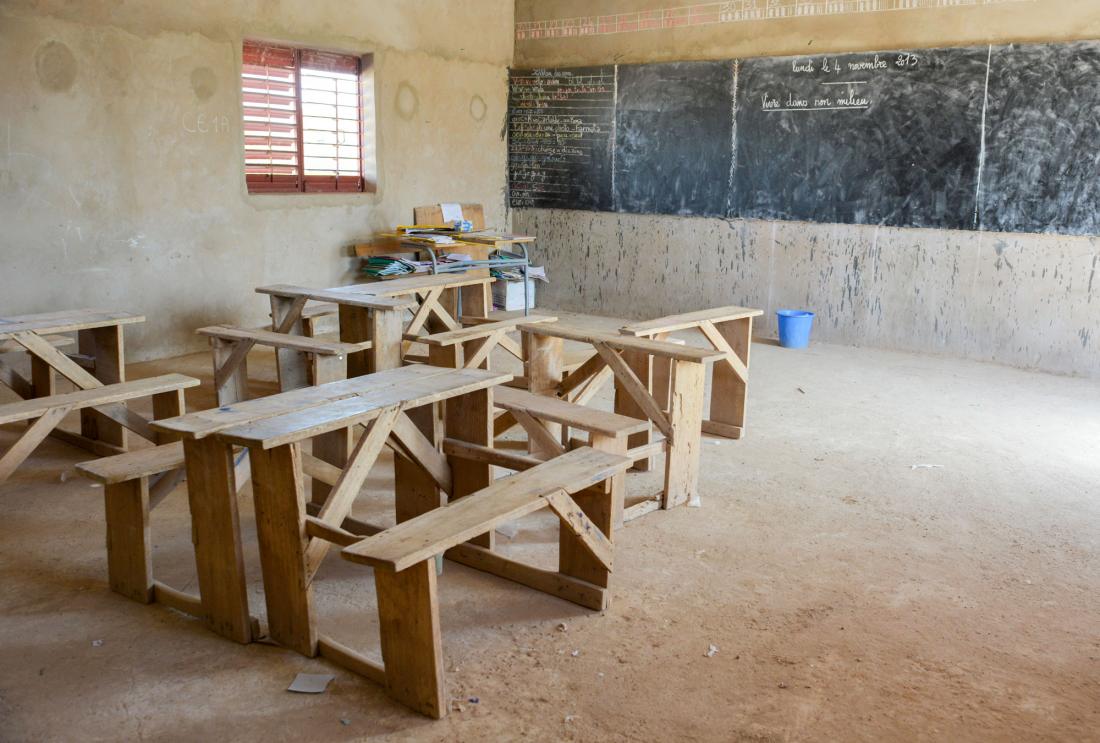 Researchers partnered with the Senegalese Ministry of Education to evaluate the impact of the grants program on student learning. After a call for proposals open to all primary schools in the country and a process of feed-back aimed at improving the initial submissions, the government evaluation committee selected the 633 best project proposals. Schools were randomly selected to receive the grant in one of three phases: 211 schools received the grant in 2009, 211 in 2010, and 211 in 2011. The comparison group in a given year included schools with selected projects that were randomly assigned to receive funding in a later year.

The grants had a positive overall effect on third grade learnings outcomes. The impact was stronger for girls and in schools that invested more in human resources improvements rather than in school materials.

The grants had a positive overall effect on third grade learning outcomes, driven almost entirely by improvements in test scores for girls in French, mathematics and oral skills. One year after the beginning of the program, third-grade female students scored 3 percentage points (math), 4 percent percentage points (French), and 5 percentage points (oral reading) higher on achievements tests than girls in the comparison group: A large improvement over scores of 54 percent in French and mathematics, and 35 percent in oral skills. Using an index of the three tests, the school grants increased third grade school performance of females by 0.22 standard deviations. Test scores remained higher for girls in treatment schools at the end of third-grade, two years after the beginning of the program. School grants had no impact on boy’s academic performance or on students in higher grades.

There were large differences in program impacts depending on whether the school is located in the South of the country (which are poorer and have worse school results) or in the North. Female students in treatment schools in the southern region scored 12.5 percentage points higher in French than the comparison group average of 54 percent, while the program had no effect in northern schools. Although treatment schools in both regions increased their investment in libraries, textbooks, tutoring, and teacher training, schools in the south were more likely to focus on teacher and school staff training, while schools in the north invested more in books, electricity and water. In addition, the program decreased teacher turnover in the south and increased the student-teacher ratio in the North, both factors that might have affected student test-scores. The researchers suggest that investments in pedagogy and teacher or administrator training, although perhaps less visible to the local community (and maybe less preferred by local politicians or local school authorities), may be more effective than physical inputs and other education material.