Voter turnout in most established democracies has declined over the last decades. Elections in these countries now regularly attract less than half of the voting-age population, raising concerns that public policy and elected officials may not accurately represent the preferences of the population. Previous research shows that citizen canvassing—going door-to-door to supply information about candidates and get out the vote–can sizably impact electoral participation and vote shares, but there is little empirical evidence on the impact of politicians’ direct interaction with voters.

Voters in Italy ranked among the most discontented constituencies among well-established democracies in 2013, with 90 percent reporting that they did not believe their political parties cared about their opinions. These voters also expressed a much lower propensity to vote compared to their satisfied peers (although Italian citizens were still more likely to vote than citizens in the United States and most European countries overall).

The evaluation was conducted in a mid-sized city in Northern Italy during the 2014 municipal elections. Municipal elections in Italy are characterized by mayoral candidates and party lists– rosters of candidates affiliated with either national parties or local civic organizations—competing for at-large seats on city councils. Researchers partnered with one of these party lists to conduct the evaluation, focusing specifically on the race for city council.

Candidates in Italy have primarily relied on impersonal methods of reaching out to voters over the last few decades, such as hanging posters in public spaces and handing out leaflets. If low contact with voters is in part responsible for declining trust and turnout, politicians may be able to improve citizen perceptions and willingness to vote by engaging in more personal campaigning. 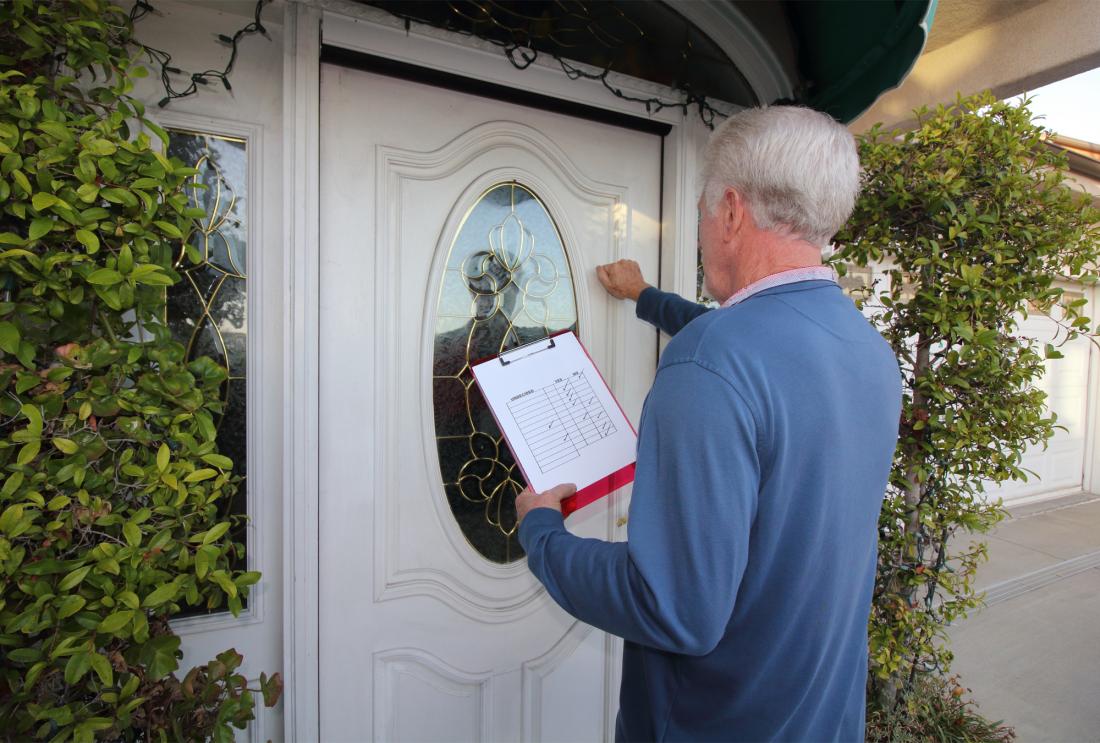 The evaluation was carried out in 38 of the 39 electoral precincts of the municipality, and all 2,612 addresses and 26,352 voters living at those addresses were included. Researchers randomly sorted each address into one of three groups:

In addition to the addresses, researchers also randomized which candidates and volunteers covered which districts. Candidates and volunteers received the same training prior to the campaign and were instructed to actively engage voters in discussions about politics and the platform of the civic list, and to provide them with information about the upcoming election.

Door-to-door visits by candidates and volunteers took place during the five weeks before Election Day. Towards the end of the canvassing intervention, researchers administered a survey to all volunteers and candidates to collect socio-demographic information, feedback on the campaign, and to assess their level of political competence. Individual voter participation data were collected using official attendance sheets from polling stations, and candidate vote counts were measured using official electoral results.

In line with the current body of evidence, canvassing by volunteers increased voter turnout by 1.8 percentage points, amounting to a voter persuasion rate of 19.8 percent. Surprisingly, canvassing by political candidates had no effect on voter turnout and very little effect on voter persuasion. Unprompted, volunteers demonstrated a tendency to focus on getting out the vote, while candidates focused more on persuading voters to their side. While the volunteers covered all the addresses assigned to them, the candidates only completed 70 percent of their assigned addresses.

Voter mobilization: Canvassing by volunteers led to an increase in voter turnout of 1.8 percentage point (2.4 percent) compared to 74.7 percent turnout in the comparison group amounting to a voter persuasion rate of 19.8 percent when accounting for the proportion of potential voters who opened their doors to a canvasser. Visits by candidates had no measurable impact on turnout. Volunteers had the largest impact on those who already had a higher-than-average likelihood of voting. Interestingly, less politically competent volunteers (as measured by a survey) increased turnout at higher rates than their peers, while more politically competent candidates were no more successful at mobilizing voters than less competent candidates.

Voter persuasion: There was no evidence that canvassing candidates were able to persuade voters to vote for their civic list.