Early childhood, from conception to age five, is a crucial period for promoting cognitive and socio-emotional development. Past research suggests parenting interventions to promote psychosocial stimulation for young children can improve children’s long-term cognitive abilities. However, it is unclear if such programs can be delivered well on a large scale. Researchers partnered with the Colombian Family Welfare Agency to evaluate how providing enhanced curriculum guidelines and larger nutritional supplements for the Family, Women, and Infancy Program impacted child development. Compared to children receiving the traditional FAMI program, the enhanced FAMI intervention led to significant improvements in the quality of children’s home environment and their cognitive development, particularly for poorer children. There was no significant impact on socio-emotional development.

Early childhood, from conception to age five, is a crucial period for promoting cognitive and socio-emotional development. During this time, children’s brains are rapidly developing learning capacity. However, an estimated 250 million children (43%) below age 5 in low- and middle-income countries are at risk of not reaching their developmental potential.1 Such developmental risks stem from both a lack of stimulation, including playing, reading, or singing, as well as malnutrition. A previous evaluation of the Reach Up and Learn program in Jamaica found that a small-scale parenting intervention to promote early childhood stimulation at home improved cognitive gains, improved schooling outcomes, and increased adult wages. However, initial efforts to deliver a cost-effective version of the program on a large scale has proved difficult due to significant implementation challenges and fadeout of initial improvements in child development after two years. Is it possible to design and implement early childhood stimulation programs to reach young children at scale?

In Colombia, as in many other countries, children from low-income households often accumulate delays in cognition and language, which can be detected as early as twelve months of age.2 A2014 study found that, by age three, the cognitive and language differences between children from middle- and low-income households in Colombia were as large as one standard deviation of a standardized score.

The Family, Women, and Infancy Program (FAMI), run by the Colombian Family WelfareAgency, provides pre- and postnatal services for low-income pregnant women and children under two in rural Colombia. Local women with at least a high school degree provide weekly group meetings and one monthly home visit. However, the FAMI guidelines provide little structure or guidance to the FAMI mothers on how to offer effective and high-quality parenting support and early stimulation for children. Instead, the content varies depending on the local program facilitators. 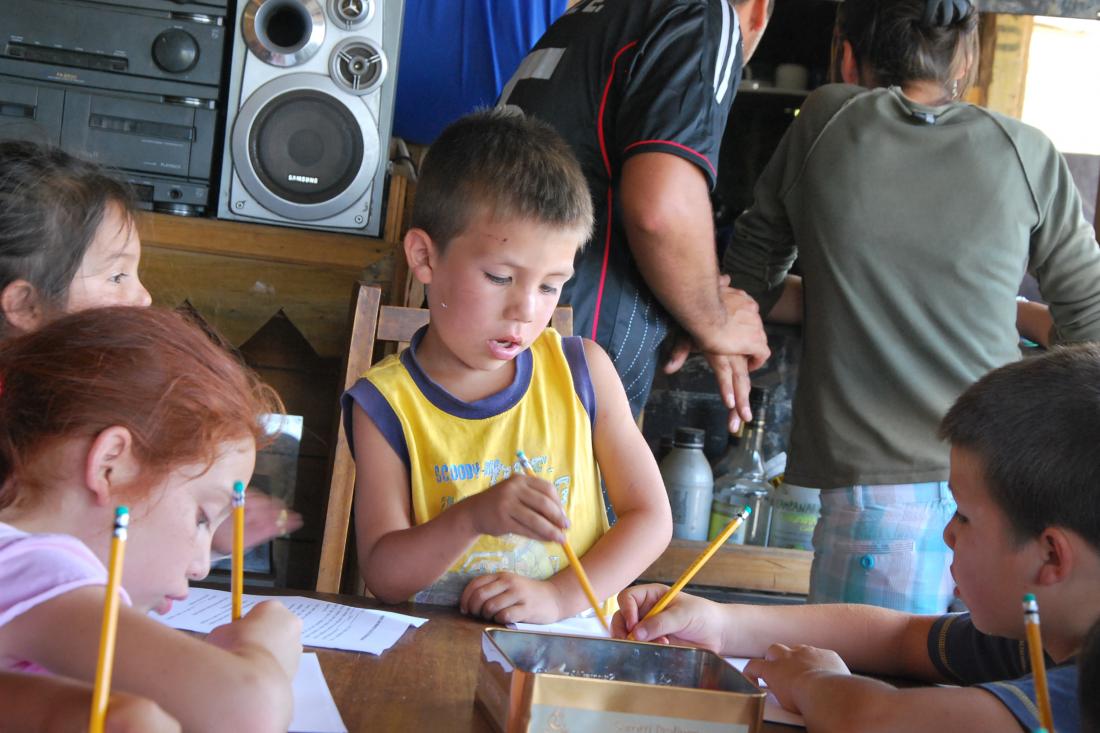 Researchers partnered with the Colombian Family Welfare Agency to evaluate how providing more structured curriculum guidelines and larger nutritional supplements impacted child development for FAMI participants in rural areas. By introducing low-cost changes to an existing government program and working closely with the Family Welfare Agency, researchers sought to improve the quality of early childhood stimulation and nutrition in a way that could be scaled.

Researchers randomly assigned 87 towns in three districts of Colombia to receive either the enhanced FAMI intervention or continue to receive the status quo FAMI services with little structure or guidance. The enhanced FAMI intervention lasted for an average of 10.4 months and, like the status quo services, consisted of weekly group sessions for two hours and one monthly home visit for one hour. All FAMI program facilitators were embers of the community with a high school degree but did not necessarily have specific training on early childhood development.Having the program delivered by local facilitators was a critical element to designing a sustainable, scalable program. The average FAMI group contained 12-15 mothers and focused on children aged 0 to 24 months.

Researchers conducted household surveys to collect information on children’s nutritional status, cognitive development, and socio-emotional development, as well as mothers’ knowledge of child development. To measure the quality of children’s home environment, researchers also collected information on the availability of toys or learning materials and the number of play activities children engaged in with adults.

Though children and parents attended about half the intended number of sessions, the enhancedFAMI intervention led to significant changes in the FAMI curriculum, which put more emphasis on practicing play activities with mothers and their children and encouraging parents to play with their children at home. The program also improved the quality of children’s home environment and their cognitive development. Improvements in cognitive development were driven by improvements for the poorest half of children. The enhanced program also reduced the fraction of children who were stunted or at risk of stunting. There was no impact on socio-emotional development.

Curriculum change: Fifty-seven percent of program facilitators in the enhanced FAMI group found the curriculum to be very different from their usual practices. Ninety nine percent said they would continue using it after the intervention ended.

Attendance: Seventy-four percent of all children assigned to the enhanced FAMI group participated in at least one group meeting or home visit. Of these, children attended an average of28 parenting sessions, out of a possible 55.

Nutritional status: The fraction of children who were stunted or at risk of stunting decreased by5.8 percentage points relative to children in the traditional FAMI group.