Despite the widespread growth in the number of randomized evaluations conducted, there has been little rigorous research on their potential to influence actual policy decisions. Researchers partnered with the National Confederation of Municipalities (CNM) in Brazil to evaluate policymakers’ demand for research findings and their interest in adopting evidence-informed policies. Policymakers were willing to pay for research findings and to subsequently update their beliefs. Those who were invited to an information session on a simple, evidence-informed policy to increase tax compliance were more likely to implement that policy within the next two years.

Recent decades have seen an explosion of program evaluation research.1 More than 2,500 studies have been registered on the American Economic Association’s registry for Randomized Control Trials (RCT) since its launch in May 2013. Such research has generated wide-ranging knowledge on what types of policies work–and do not work–for achieving outcomes including education, health, and income. Yet, little is known about whether policymakers value findings from program evaluations and whether those findings can influence their beliefs and, ultimately, the policies they implement. In short, can information from research influence policy choice?

In Brazil, municipal governments are headed by directly-elected mayors who have substantial discretion over policy decisions in their municipalities. They are responsible for delivering key public services (including education, health, and sanitation) that are mostly funded by transfers from the Brazilian government. At the same time, about 15 percent of municipal government revenues are generated by local tax collection. Among the mayors included in this evaluation, almost 90 percent were men and about 60 percent had at least a bachelor’s degree.

The Brazilian National Confederation of Municipalities (CNM) coordinates among and advocates for Brazil’s municipalities; over 80 percent of Brazilian municipalities are members of CNM. CNM organizes a variety of meetings every year that are attended by thousands of municipal leaders (including mayors, vice-mayors, local legislators, and municipal secretaries). Researchers leveraged major CNM meetings in 2016 through 2018 to conduct two experiments to understand the effect of research on policy-making. 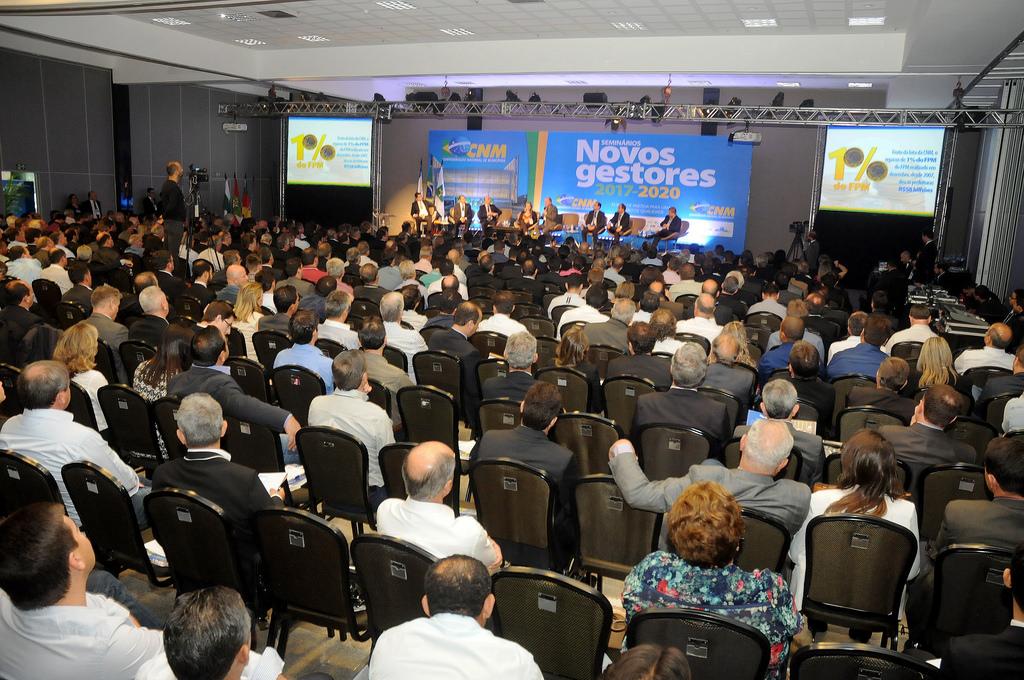 Researchers partnered with CNM to conduct two randomized evaluations to understand policymakers’ interest in research findings, as well as the impact of providing information about the effectiveness of a certain policy on mayors’ policy adoption decisions.

Demand and beliefs experiment: Researchers designed a two-round evaluation to measure policymakers’ willingness to pay for study findings, as well as the impact of those findings on their beliefs. They shared results from randomized evaluations of selected Early Childhood Development (ECD) interventions, which varied in both sample size and location (Jamaica, the United States, Michigan, and Colombia). The research team attended 14 CNM meetings in 2017 and 2018, where a total of 900 municipal leaders from 657 municipalities participated in the evaluation. Participants were each given 100 tickets to enter a lottery for a free trip to the United States. At the start of the experiment, participants shared their beliefs of the impact of an ECD intervention in their municipalities and in two of the randomly-selected study locations.

After each round, participants who purchased study findings were again asked for their beliefs on the impact of the ECD program. Altogether, this experiment was designed to shed light on the policymakers’ interest in learning about research, the types of research they value most, and their willingness to change their prior beliefs after being exposed to new evidence.

Policy-adoption experiment. To test whether sharing research findings can influence policy implementation, researchers invited a randomly-selected 881 of the 1,818 mayors who attended CNM’s largest national conference in 2016 to a research information session. The session described the impacts of sending reminder letters to taxpayers; this is a low-cost and easy-to-implement policy that increased tax compliance, for example, in Peru by 10-20 percent.2 Researchers contacted all mayors, as well as bureaucrats in charge of tax policy within each of the municipalities, 15 to 24 months after the conference to identify the extent to which the policy recommendations were adopted.

Overall, results suggest that policymakers are interested in research findings and are willing to review their prior beliefs and act based on evidence.

Policy-adoption experiment. Over one-third (38 percent) of the mayors invited to the research information session chose to attend the session. The younger and college educated mayors were more likely to attend the sessions. Participation in the research information session increased the probability that municipalities were implementing taxpayer reminders 15-24 months later by 10 percentage points, a 33 percent increase relative to the control group.

Overall, these results demonstrate that (lack of) access to research information is a binding constraint to policymaking.