The introduction of free primary education has raised primary school enrollment in many developing countries, but the resulting overcrowding of schools and influx of students with little preparation poses new challenges to policymakers. Researchers evaluated three interventions that addressed the large class sizes and heterogeneity in student preparation in the Kenyan school system. They found that hiring additional local contract teachers helped reduce classroom overcrowding and improved student learning outcomes. The biggest gains came when local school committees were empowered to oversee the recruitment process and to effectively monitor teachers, and when classes were structured to target instruction to students’ initial achievement level.

The introduction of free primary education has raised primary school enrollment in many developing countries. However, the resulting overcrowding of schools, as well as the influx of new students with little or no preparation, poses new challenges to policymakers. For example, increased enrollment has often not been matched by increased numbers of government-salaried teachers. One method of lowering the pupil-teacher ratio, versions of which have been used by many governments, is to hire low-paid local contract teachers to supplement government-salaried teachers. However, there are concerns that these teachers may be less experienced and therefore less effective. Empowering the local community to monitor teachers' performance may help to overcome this problem, and may also increase civil-service teacher effort and subsequently student learning.

Historically, Kenyan schools have had two types of teachers - those hired through the Ministry of Education and those hired locally and informally by Parent Teacher Associations (PTAs). For civil-service teachers, promotion, transfers, and disciplinary measures are decided through the Ministry of Education, rather than by more locally accountable bodies. These teachers are represented by a strong union, have civil-service protection, and receive wages and benefits considerably above market levels. PTA teachers, while typically paid much less than their civil-service counterparts, have much stronger incentives, partly because they do not have union protection, but also because a good track record as a contract teacher can help them obtain a civil-service job.

Incentives for civil service teachers, while weak, are largely based on their students' scores on the primary school exit exam. Teachers may, therefore, have an incentive to focus on students they believe will perform better on the exam, while ignoring the weaker students who may be too far behind to catch up.

In 2003, Kenya eliminated school fees for primary school. This led to an almost 30 percent increase in enrollment and greater heterogeneity in student preparation. Many of the new pupils were first generation students and had not attended preschools. Since parents were no longer required to pay fees, local school committees were generally unable to raise the funds necessary to hire PTA teachers to match the influx of students and bring the new students up to speed. 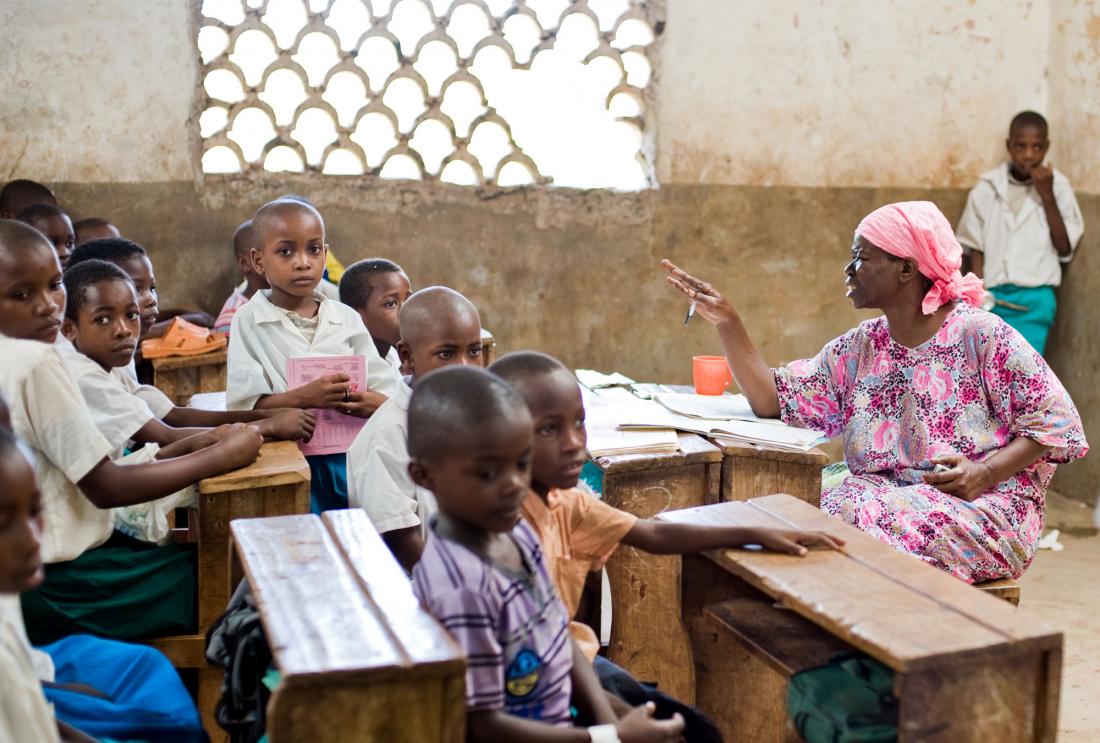 In collaboration with International Child Support (ICS), researchers evaluated three nested interventions that addressed the large class sizes and heterogeneity in student preparation in the Kenyan school system: (1) the addition of locally hired contract teachers to reduce the pupil-teacher ratio; (2) the empowerment of parents within PTA committees through School-Based Management (SBM) training; and (3) the sorting of students by initial level of preparedness to reduce heterogeneity within the classroom.

Out of 210 primary schools, 140 were randomly assigned to receive the Extra Teacher Program (ETP). The ETP program provided funding to hire a local contract teacher to address classroom overcrowding. The remaining 70 schools served as a comparison group. In each school, ICS held a meeting with parents and teachers to explain the program rules regarding the hiring of an additional teacher. School committees were responsible for hiring the contract teachers and were free to replace or keep the original contract teacher based on performance. The contract teachers were paid approximately one-quarter of the salary of regular civil service teachers, but had the same educational qualifications.

In 2005, the first year of the program, the ETP contract teacher was assigned to grade 1. Two sections were created for grade 1, one taught by regular civil service teachers (with multiple teachers rotating in an out of the class, teaching different subjects) and one taught exclusively by the contract teacher. As a result, average class size in grade 1 was only 44 in ETP schools, compared to 82 in comparison schools. In the second year of the program, the ETP teacher moved to grade 2, such that the cohort of first graders that benefitted from the ETP program continued to benefit once in grade 2.

Finally, half of the schools assigned to ETP, including both tracking and non-tracking schools, were randomly selected to receive School-Based Management (SBM) training. The training was designed to empower parents (within the PTA committee) to ensure a fair and objective recruiting process for the ETP teacher, as well as to monitor teachers' performance. Two parents of grade 1 students were asked to perform attendance checks on teachers on a regular basis.

Standardized tests covering math and literacy questions were administered to each school just before the program ended and again one year later. Five unannounced visits were also made to each school to measure teacher effort and to observe the classroom environment.

Learning Impacts: Providing school committees with funds to hire an extra teacher on a short-term contract had a positive effect on learning. Test scores of students in ETP schools were on average 0.22 standard deviations higher than those of students in comparison schools. However, not all students benefitted equally. The program impact varied a lot with the details of how it was implemented. In particular:

Teacher effort: A crude measure of teacher effort is how often the teacher is found in class and teaching during a random spot check. This rate is 58 percent among civil-service teachers in non-ETP schools, suggesting relatively low levels of efforts. Despite their low pay, contract teachers were found 11.7 percentage points (20 percent) more likely to be teaching during a random visit. As a result, their students learned more. In contrast, civil-service teachers in ETP schools responded to the introduction of the ETP program by decreasing their own effort: the probability that they would be found in class teaching during a random visit decreased 15.7 percentage points (27 percent). As a result, their students did not significantly gain in learning over students in comparison schools, despite being in much smaller classes. One of the reasons why the SBM program led to increased learning gains is that it mitigated the negative effort response by civil-service teachers.

Homogeneity is beneficial in part because it allows teachers to better tailor their materials to the level of their students, but also because it increases teachers' attendance in the classroom. For those who started at the middle of the distribution, being assigned to the bottom track (instead of the top track) had no detrimental effect on their learning, because the decrease in peer quality was compensated by a positive effect of being at the top of the class.

Overall the results suggest that while hiring supplementary contract teachers can be part of the solution to Kenya' s teacher shortage, to get the most out of these teachers, implementation details matter. The biggest gains come when local school committees are empowered to oversee the recruitment process and to effectively monitor teachers, and when classes are structured so as to target instruction to students' initial achievement level.