Many agricultural technologies with demonstrated productivity gains are not adopted by farmers. Without reliable and persuasive sources of information, farmers may hesitate to adopt new inputs and techniques. Researchers conducted a randomized evaluation to test the impact of leveraging social networks to disseminate information about two technologies, pit planting and “Chinese composting,” on farmers’ adoption of these methods. Providing performance-based incentives to peer farmers had the biggest effect on technology adoption. Additionally, incentivized peer farmers who more closely resembled village farmers were the most effective at increasing new technology adoption.

Low productivity in agriculture is a pressing challenge in low- and middle-income countries. The 2008 World Development Report documented the limited growth in agricultural yields and productivity over the previous 40 years in Sub-Saharan Africa. This limited growth is often considered a direct effect of the fact that many agricultural technologies, with demonstrated productivity gains such as timely fertilizer, improved seed varieties, and composting, have not been adopted. Improving food security and agricultural incomes, therefore, depends in part on farmer adoption of these tools and techniques. However, learning about a new agricultural technology is difficult. Farmers need to know that the technology exists, something about its costs and benefits, and how it will interact with their current inputs and planting practices. Agricultural extension services attempt to overcome these information barriers through trainings, demonstration plots, and farmer field schools. Most agricultural extension services do not reach all farmers directly. Instead, most farmers will learn about a new technology through social learning. What is the most effective way to leverage social networks to promote the adoption of agricultural technologies?

The current agricultural extension system in Malawi utilizes government workers called Agricultural Extension Development Officers (AEDOs), employed by the Ministry of Agriculture and Food Security. AEDOs work with individual farmers and host village-wide field days. While AEDOs are officially responsible for about fifteen to 25 villages, this number is often larger in reality given the high number of AEDO vacancies. In July 2009, an estimated 56 percent of AEDO positions were unfilled. 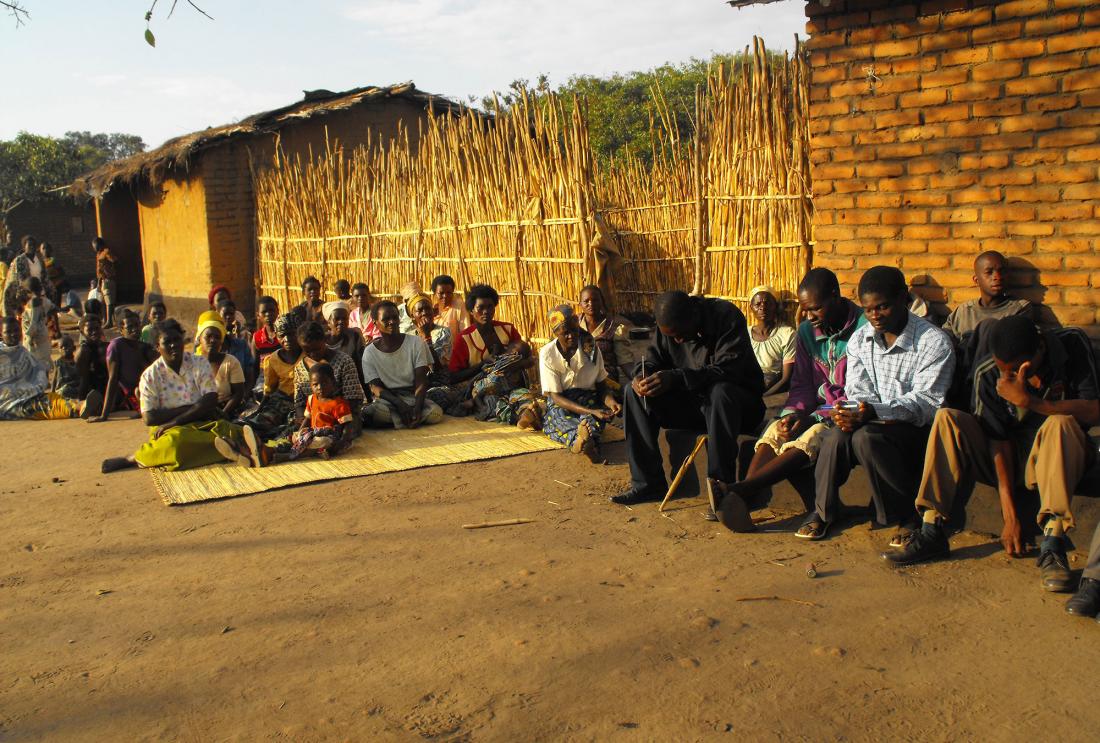