Seed Fairs for the Diffusion of New Crop Varieties in India

Information and communications technology may help improve rural farmers’ access to markets for new inputs such as improved seeds. In an ongoing study, researchers are evaluating the effect of organized seed exchanges on adoption of flood-tolerant rice in India.

New agricultural technologies, such as high-yielding or flood-tolerant crop varieties, offer the promise of improving productivity and hence the welfare of farmers. Improved rice varieties, which are more tolerant to prolonged submergence, have been shown to improve yields during flooding. But adoption of these seeds has often been low, in part due to a lack of availability. Even if seeds are available, farmers may need to make long journeys to reach markets. One way to overcome these issues is to enable farmers to trade seeds amongst each through existing social networks, thus reducing distribution costs and increasing seed availability. However, recent evidence suggests that this network model of exchange fails to meet demand. It is possible that farmers prefer to purchase seeds in markets rather than from friends and neighbors. It is also possible that farmers may not know that their friends and neighbors have and are willing to sell seeds. Finally, farmers may wish to avoid interactions with farmers coming from other social groups. Can connecting buyers and sellers directly overcome barriers imposed by network-based exchange?

Many areas of South Asia are affected by flash flooding during the wet season, which negatively affects rice yields. This evaluation looks at flood-prone areas in Orissa, a state in northeast India, where 70 percent of people rely on agriculture and animal husbandry as a source of income, and rice covers 69 percent of cultivated area. The evaluation uses Swarna-Sub1, a variety of flood-resistant rice which can be sold or shared from farmer to farmer. In a past randomized trial in the same state, only 7 percent of farmers adopted the variety from other farmers while 40 percent bought when offered sale from a door-to-door seller, indicating a significant adoption gap from network-based exchange. The study is conducted in partnership with the Balasore Social Service Society (BSSS), a local NGO which has a track record of previous work on Swarna-Sub1 in Orissa. 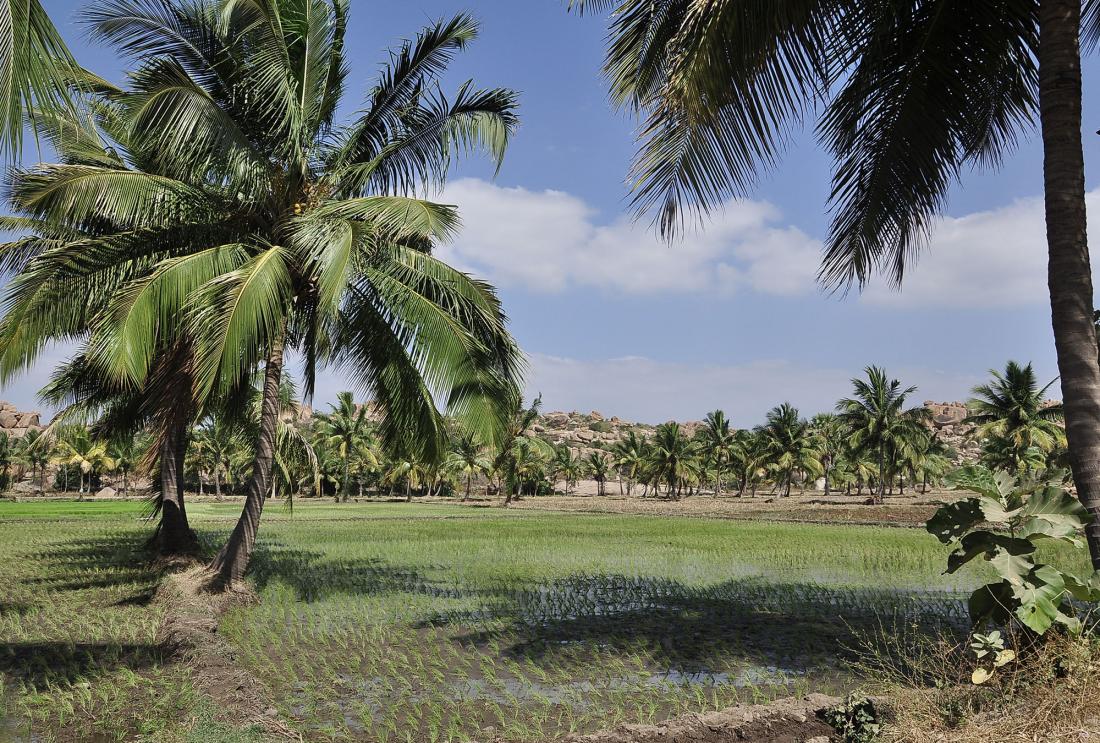 In partnership with BSSS, researchers are examining the impact of organized rice seed exchanges on adoption in flood-prone villages, where a select group of farmers were provided with improved rice. 100 villages in Orissa, India were chosen for the study, of which 34 were randomly selected to receive access to organized seed fairs, 33 were selected to have farmer field days, and the remaining 33 serve as the comparison group. In each of the seed fair villages, five farmers were chosen to receive a 5 kg sack of rice seeds in advance of the planting season. Then, after harvest, these farmers were given the opportunity to sell and/or trade the seed with other farmers at a community exchange day organized and supervised by BSSS staff. Information about the exchange days was disseminated via SMS to all farmers under study in the village, including those who had not received the initial bags of rice. In the 33 field day villages, five farmers were also chosen to receive seeds. However, no seed fair will be organized. Rather, farmers will be invited to the field of recipient farmers as a way of ensuring that information about the new variety is widely available. This treatment arm allows researchers to isolate whether limited information transmission explains the adoption gap in networks. Similarly, in each of the comparison villages, five farmers received 5 kg sacks of seed before the planting season. After planting and during harvest, farmers received SMS messages to inform them of the opportunity to buy Swarna-Sub1 from the farmers who received the seed. However, unlike in the other villages, no further interventions will be organized.