More than 1 million Syrian children live in Turkey as of 2020, and many Turkish residents worry about increased peer violence and social segregation in schools that serve these students. Researchers partnered with the Ministry of Education in Turkey to conduct a randomized evaluation of Understanding Each Other, a program which aims to foster social cohesion through perspective-taking activities that encourage students to consider others’ perspectives. They found that the program improved students’ perspective-taking abilities, encouraged students to be more inclusive, and reduced peer violence.

Well-developed social skills are vital to building not only cohesive classrooms but also communities and economies, as they allow members of society to communicate effectively and work together. One of these skills is perspective-taking, or viewing a situation from the perspective of another person. This process has been shown to lower social aggression, encourage trust, and increase cooperation. Especially in societies that contain ethnically distinct groups, these skills may need to be actively developed in children, and public education may play a critical role in helping to develop them. Can a curriculum designed to teach perspective-taking improve social cohesion among ethnically distinct groups of students in Turkey?

Turkey has received more than 3.5 million refugees since the beginning of the Syrian Civil War in 2011, making it the country with the highest number of Syrian refugees. More than 1 million Syrian children live in Turkey as of 2020. To encourage access to education for these students, the Turkish Ministry of Education made state schooling available to all Syrian refugee children. However, many Turkish residents worry that this policy harms the school environment by increasing peer violence and facilitating social segregation along ethnic lines.

Created by a multidisciplinary team of educators, pedagogical consultants, and multimedia developers for use in multi-ethnic schools in Turkey, the “Understanding Each Other” (UEO) program aims to foster social cohesion and establish a healthy learning environment through perspective-taking activities that encourage students to consider the perspectives of others. The curriculum includes both written and video-based activities and games. For example, children might read a sample diary written from the perspective of a refugee student and another from the perspective of a student from the host community. 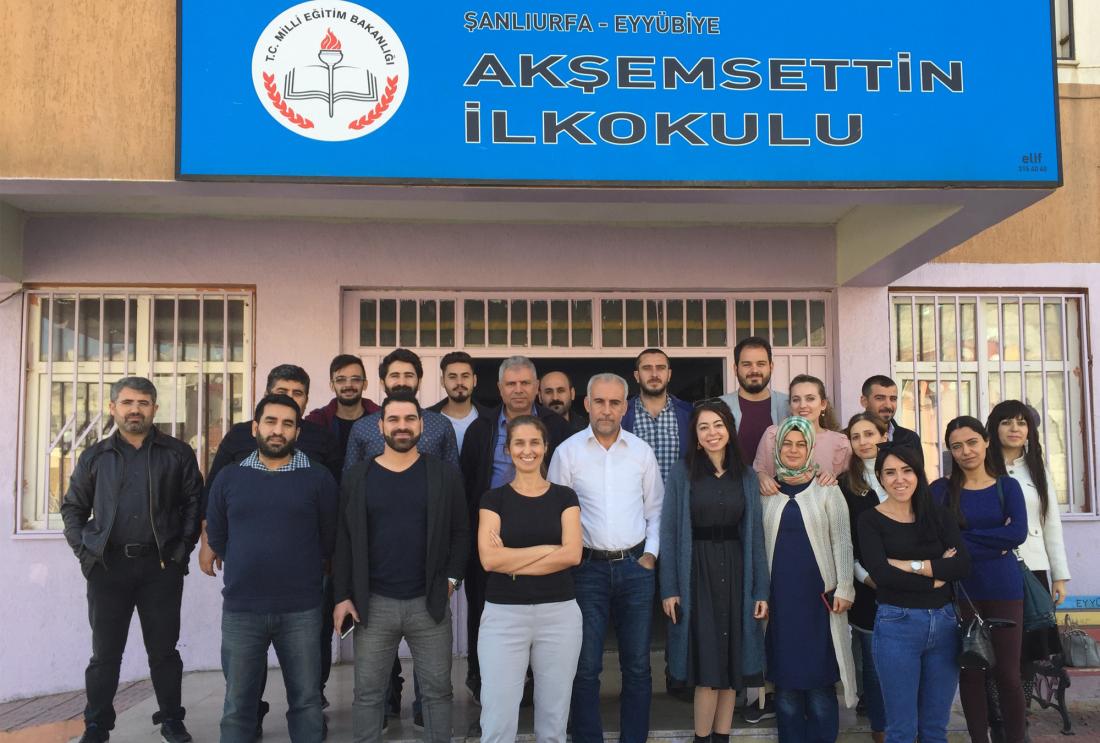 Researchers partnered with the Ministry of Education in Turkey to conduct a randomized evaluation to measure the impact of the UEO curriculum on interactions among different ethnic groups in diverse classrooms. They randomly assigned 40 elementary schools in the districts of Sanliurfa and Mersin in southeastern Turkey to use the program, while an additional 40 served as the comparison group and continued with the status quo curriculum. The 80 schools that participated in the evaluation included over 6,500 children in grades 3 and 4 (aged 8–12), 18 percent of whom were refugees.

The program used interactive activities and games to encourage students to consider others’ perspectives. It took place during official extra-curricular time in the school day in the 2018–2019 school year; elementary school teachers are encouraged by the Ministry of Education to use up to five hours per week for socially useful activities that do not fit elsewhere in the curriculum. In November 2018, researchers conducted trainings to prepare 124 teachers for the introduction of the curriculum. In the trainings, teachers learned about cognitive development, participated in an interactive workshop to learn the curriculum, and received electronic and physical implementation kits.

Peer violence: The curriculum lowered incidents of peer violence. Perhaps because of students’ improved socio-emotional skills, classrooms that received the program experienced 1.23 fewer incidents of violence between peers in a ten-day period than classrooms that did not use the program (a 65 percent decline). The curriculum had a different effect on the experiences of different ethnic groups: refugee children, but not host children, reported fewer incidents of bullying.

Inclusivity: The program encouraged students to be more inclusive and reduced ethnic segregation. Refugee children who attended the program were 7 percentage points more likely to form a friendship with a Turkish host classmate than comparison students. They were also 12 and 10 percentage points more likely, respectively, to receive emotional and academic support from host classmates than their counterparts who did not participate in the program.

Language skills: The curriculum improved refugee children’s Turkish language skills. Refugee children who participated in the program scored 0.14 standard deviations higher on a Turkish language test than their peers in schools where the curriculum was not implemented. This suggests that inclusive learning environments that encourage inter-ethnic friendships are crucial to creating opportunities for migrant children to learn a host country’s language.

The researchers are currently collecting follow-up data to determine whether these results persist in the long-term once students enter middle school and interact with a different set of classmates in a new environment.

1 result(s)
Understanding Each Other: Improving Inter-Ethnic Cohesion in Schools in Turkey