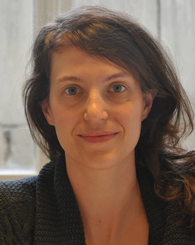 Elise joined J-PAL in September 2008. Elise is a Professor at Paris Dauphine University. She holds a Ph.D. in Economics from the Paris School of Economics, an M.A. in Management from HEC and a B.A. in Philosophy from the University of Paris-Sorbonne. Her research focuses on policies addressing the lack of human capital (health, education, social capital) in developing countries and in France, with a special interest in understanding the psychological barriers to individual progression. She also has a research program on the colonial history and its long term impact in Africa.