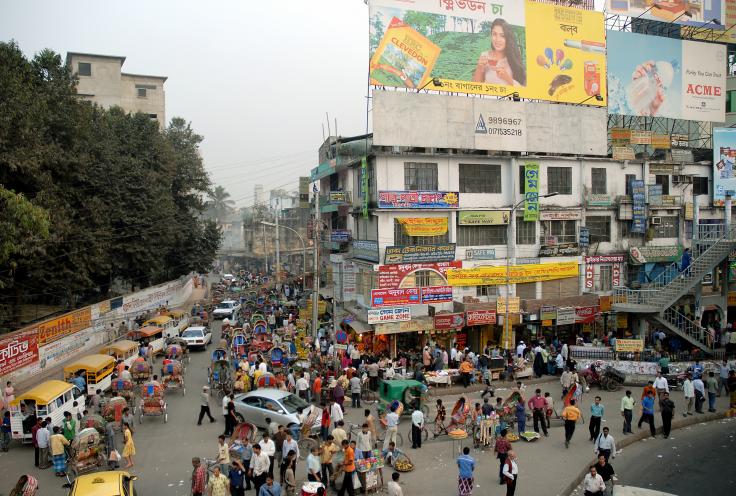 Under this partnership, eGov will facilitate access to administrative data that can be used by J-PAL affiliated researchers to design and evaluate policy programs. The data will be collected from digital platforms which have real-time information on transactions and metrics around municipal services. These platforms have been developed by eGov in collaboration with its government partners.

This partnership is initiated by the IDEA Lab at J-PAL South Asia, part of J-PAL's Innovations in Data and Experiments for Action (IDEA) Initiative. IDEA supports governments, firms, and non-profit organizations in accessing and analyzing administrative data for policy research in a secure and ethical manner. The IDEA Handbook, prepared with contributions from the world's leading researchers and experts, provides guidelines on leveraging data while upholding the highest standards of privacy, ethics and security.

Large amounts of data are now being digitally collected and stored in India, creating new opportunities for researchers to design and evaluate social policies. This has great potential to improve the delivery of government services in the smaller towns and cities, home to a third of India’s urban residents, where local governments and civic bodies face significant shortages in workers and funding.

With the insights gleaned from these datasets, J-PAL affiliated researchers will work closely with eGov as well as state and local governments to design, plan and execute randomized evaluations for identifying gaps in public service delivery for urban residents, and improve citizens’ engagement and welfare.

eGov and J-PAL South Asia will aim to work in the areas of urban services, health, sanitation, and public finance.

“There has been a huge dearth of data around how Indian cities work. This has negatively impacted their governance and policymaking. Over the last 18 years, eGov foundation has built digital platforms for cities that makes real-time data on municipal services available to policymakers and governments. With J-PAL now onboard, we hope this data will be used to study, analyze and design effective government policies,” said Viraj Tyagi, CEO, eGov Foundation.

Aparna Krishnan, Project Director of IDEA at J-PAL South Asia, said: “We are pleased to partner with eGov to support governments at all levels in enhancing the use of digitally stored administrative data for public service delivery. We can significantly improve our social programs by collecting, aggregating and analyzing data in a timely manner, transforming the lives of the millions of Indians who depend on them on a daily basis. This partnership also illustrates J-PAL South Asia’s commitment to create a culture of policy making based on rigorous data and evidence.”

The Abdul Latif Jameel Poverty Action Lab (J-PAL) is a global research center working to reduce poverty by ensuring that policy is informed by scientific evidence. Anchored by a network of 261 affiliated professors at universities around the world, J-PAL conducts randomized impact evaluations to answer critical questions in the fight against poverty.

J-PAL was launched at the Massachusetts Institute of Technology in 2003 and has 7 regional offices around the world. J-PAL South Asia, hosted by the Institute for Financial Management and Research (IFMR), Chennai, and has built partnerships for the generation of new research and advancement of evidence-informed policymaking with 16 Indian state and central government ministries, as well as training partnerships with the governments of Nepal, Bhutan, Bangladesh, and Pakistan.

eGov exists to improve the ease of living for citizens in our towns and cities across urban, health, sanitation and public finance management.

To ensure that every citizen in every city of India can access the services they need from their local governments with ease and transparency, eGov has built the DIGIT platform, a digital public good that can be used by governments, businesses, civil society, and academia to co-create locally-relevant solutions. It provides a set of open standards, specifications and documentation to create a level playing field and enable ecosystem players to innovate on the stack.

eGov Foundation was established in 2003 by Nandan Nilekani and Srikanth Nadhamuni. The foundation is supported by the Bill and Melinda Gates Foundation, Nilekani Philanthropies, Omidyar Network India, and Tata Trusts.

Over the last 18 years, eGov has partnered with more than over 2600 towns and cities across India, and more than 150 million citizens have benefited from its platform.

Press Release_eGov Foundation partners with J-PAL South Asia to improve government service delivery in India through effective use of technology and data_October 26, 2021