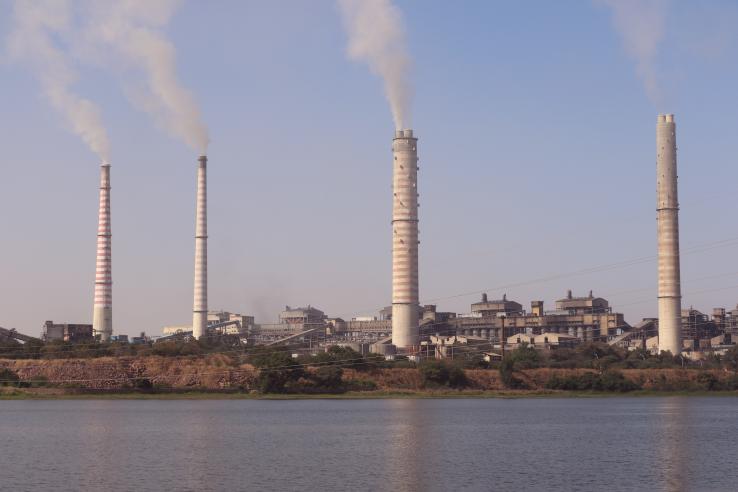 Punjab, India—June 5, 2021: The Government of Punjab’s Department of Industry & Commerce and the Department of Science, Technology & Environment is partnering with the Abdul Latif Jameel Poverty Action Lab (J-PAL) South Asia and the Energy Policy Institute at the University of Chicago (EPIC India) to launch the use of an Emissions Trading Scheme (ETS) to tackle growing industrial air pollution in Punjab.

This initiative is part of an ongoing partnership between the Government of Punjab and J-PAL South Asia, wherein since 2017 J-PAL South Asia has worked with state departments to facilitate rigorous, policy-relevant research and the scale-up of successful programs.

To reduce particulate and greenhouse gas (GHG) emissions in the state, the Government of Punjab and the Punjab Pollution Control Board (PPCB) will launch an ETS to regulate emissions from 200 dyeing industries in Ludhiana as a first step in this partnership.

A randomized evaluation conducted by J-PAL South Asia of the world’s first ever ETS for particulate matter across 350 highly polluting industries in Surat, Gujarat found evidence that the scheme offers a mechanism for improving air quality that is transparent and predictable. Moreover, it also has the potential to transform the trade-off between environmental regulation and economic growth by lowering compliance costs for firms.

The Government of Punjab will work with J-PAL South Asia and EPIC India to design and establish pollution markets in Punjab. The partnership includes providing technical assistance and capacity building to public officials to effectively use data and research evidence from Surat’s established and functioning emissions trading market.

Talking about the partnership, Shri Alok Shekhar, IAS Principal Secretary Industries & Commerce, said, “The Government of Punjab is keen to combat environmental pollution through regulation that promises a win-win situation of cleaner production, coupled with lower compliance costs for industries. ETS is one such initiative that can help regulate critically and severely polluted industrial belts in Punjab.”

Of the partnership, Professor Michael Greenstone, the Milton Friedman Distinguished Service Professor in Economics, Director of EPIC and Co-Chair of Energy, Environment and Climate Change at J-PAL added, "Pollution reductions can be delivered—the world's first ETS for particulate pollution in Gujarat has already shown this. Punjab is now becoming the second Indian state to adopt this pioneering vision. For various other Indian cities battling polluted air and expensive regulations, ETS has the potential to improve air quality and health, reduce the regulatory burden on industries, and decrease government enforcement expenditures."

This project is part of J-PAL's King Climate Action Initiative, which generates rigorous evidence and catalyzes the scale-up of effective policy and technology solutions at the nexus of climate change and poverty alleviation.