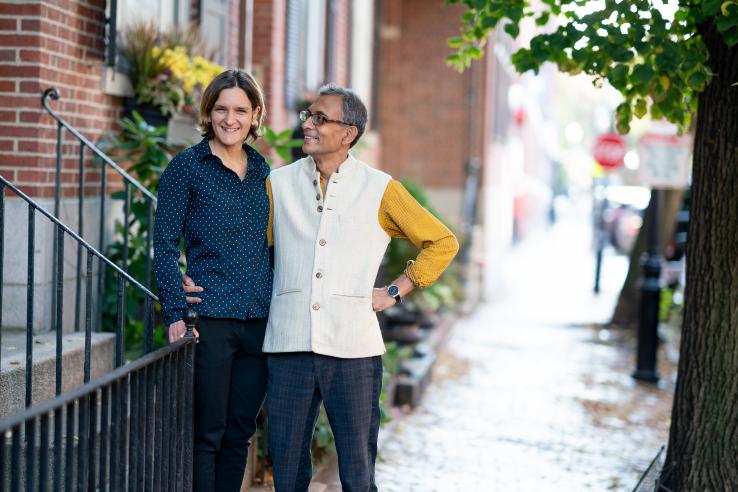 As a young research associate, I stopped at a roadside dhaba with my boss, me armed with hand-sanitizer and a spoon, while my boss dug in to a plate of fish with her hands, devoured it down to the bones, washed her hands at the public sink, and proceeded to the car. My boss was Esther Duflo, the director and co-founder of J-PAL, and we were on a field visit in a remote village in Odisha in 2008.

J-PAL was in its early years then, set up globally at MIT in 2003 and in India by 2007. Despite the expansion and recognition of J-PAL’s work worldwide, Esther remains the same person I knew back then, down to earth, no frills or fuss, who says exactly what she means in a precise five words or less.

And much can be written about Abhijit’s Banerjee’s fantastic cooking skills, which his research associates will attest to. Abhijit’s visits to the Patna office to work on research design usually ended with the team accompanying him to the local butcher to pick up meat for the evening’s dinner.

Working alongside Esther and Abhijit for more than a decade has given me immense appreciation for the brilliant yet unpretentious people they are, especially with the staff they work with. As researchers, they have always been open to hearing the ideas of research associates and field staff, and no idea is a bad one.

They devise elegant solutions to complex development challenges, turn unwieldy ideas into actionable plans, engage with colleagues and bureaucrats at conferences and government meetings, and return home to review a 250-page journal submission—all as part of a day’s work. The two can often be seen in the Delhi and Chennai offices of J-PAL South Asia planning a baseline survey or attending the office Diwali party. At the 10th anniversary of the South Asia office, Abhijit and Esther were the first on the dance floor, and the last to leave!

For them to join the ranks of Jan Tinbergen, Milton Friedman, and Amartya Sen is one thing, but to attract global attention to the powerful methodology in which they, along with their co-laureate Michael Kremer, have been pioneers is another thing entirely.

They have led the charge to mainstream the application of a rigorous and scientific lab methodology—the randomized evaluation—outside of the laboratory, amidst the complexities of the real world, in order to derive precise measures of the impact of poverty alleviation programs.

In their own words, back in the late ’90s and early 2000s, Abhijit and Esther, together with their early partners, took a leap of faith and used randomized evaluations in the field, which at the time was not a widely-used practice in development economics. Their intention was to do research which was hands-on rather than hands-off, solve real problems, and also learn, with greater precision, how the world works.

Under their leadership, and with the efforts of J-PAL’s network of 181 affiliated researchers, we have moved the frontiers in the fight against poverty and inequality in cost-effective and measurable ways.

Whether we are thinking about innovative ways to bring women out of extreme poverty, improve educational attainment, or increase immunization rates for children under the age of five, our work fills critical evidence gaps. This research is then brought to policymakers in a matter that is globally informed, by pooling the best insights from randomized evaluations in 83 countries, as well as grounded by local conditions and implementation feasibility, to enable context-specific policy decisions.

J-PAL’s scientific evaluations have debunked commonly held beliefs, and have resulted in evidence-based policy decisions in issues ranging from livelihoods to gender equality to health-worker and police performance and beyond. To date, over 400 million people have been reached by programs that were scaled up after being evaluated by J-PAL affiliated researchers.

As the news broke, my 79-year-old grandmother called to congratulate me, and to ask me specifically what it is that we at J-PAL do. Therein lies the significance of this moment. Not only have these Nobel laureates spent their careers bringing rigorous research to play in important policy decisions, but their work, and this recognition, have brought a powerful approach for fighting global poverty into our everyday conversations.

This post first appeared as an opinion piece in the print edition of Indian Express on October 16, 2019 under the title "The people's economists." 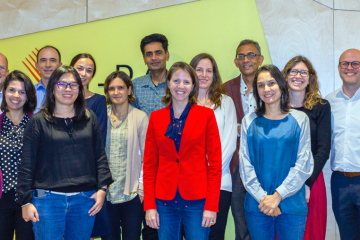