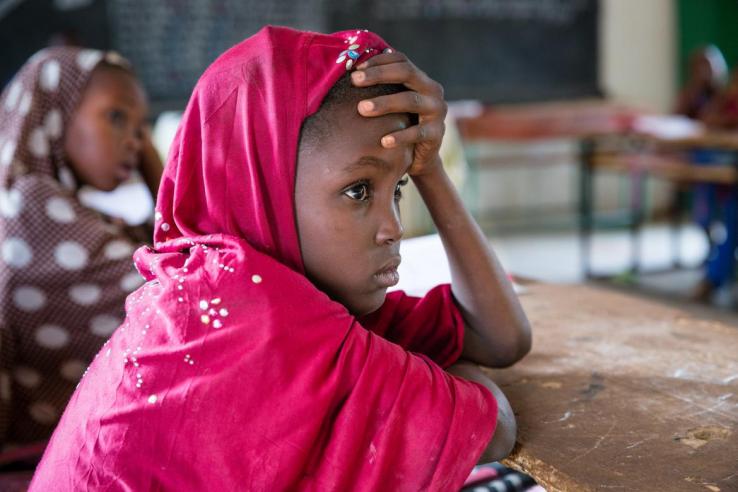 This post was originally posted on the blog of the Global Partnership for Education (GPE). It has been slightly revised and translated from French by the authors.

The COVID-19 pandemic threatens to increase the existing challenges of dropping out of school, especially for girls.

At the end of April 2020, 85 percent of the world's students were at home due to school closures. Even after schools reopen, parents, especially in low-income settings, may not have the financial means to send their children to school, or may be reluctant because of health risks.

The Ebola outbreak in West Africa reminds us that girls are often at a higher risk of dropout. In many contexts, parental preferences for investing in boys’ education, teenage pregnancies among adolescent girls, and competing priorities such as household chores can increase the risk of dropout.

What actions can countries take to implement or reinforce efforts to increase school participation for girls?

In recent weeks, several countries have implemented or strengthened policies to prevent girls from dropping out after they start school. For example, Côte d'Ivoire has strengthened their national strategy for the reintegration of pregnant girls, together with the implementation of the "For Every Girl, The Right to Education" program.

Given the importance of this issue, J-PAL, along with the Gender Innovation Lab of the World Bank and the Ministry of National Education, Technical Education and Vocational Training (MENET-FP) of Côte d'Ivoire, hosted a webinar for stakeholders in the education sector in Francophone Africa.

Pascaline argued that, as schooling-related decisions can be thought of as an investment decision on the part of parents and students, one way to encourage the participation of girls in school may be to change the costs and benefits (real or perceived) of schooling.

Reducing the direct costs of education by reducing school fees or providing economic support to parents in the form of cash or in-kind transfers can increase enrollment rates. Pascaline highlighted a number of illustrative examples, such as scholarships, in-kind transfers of uniforms, as well as the distribution of bicycles for girls who live far from school.

Pascaline also highlighted interventions aimed at changing the perceived benefits of education. One way to do so is to empower girls to make decisions about their own education where their perception of the benefits is higher than that of their parents. In Zambia, a 12-hour negotiation course for adolescent girls increased their ability to discuss with parents about their educational future, leading to 5 percent higher school enrollment rates  from 42 to 47 percent

With more than 70 participants from 14 countries, the webinar highlighted the wealth of experiences on the African continent. From the Ministry of Education of Niger, which underlined issues related to supporting girls from nomadic communities living far from schools, to participants from Madagascar, who shared perspectives on girls in low-income urban areas hardest hit by COVID-19, the discussion highlighted the diversity of challenges related to girls' education.

All the interventions described by Pascaline require adaptation according to the needs and local conditions of any given context. At J-PAL, we approach the issue of adaptation and relevance across contexts using the Generalizability Framework developed by Rachel Glennerster and Mary Ann Bates.

J-PAL supports governments in thinking through the adaptation and implementation of evidence-based public policies. Our policy work in particular often consists of sharing globally-informed and locally grounded evidence, contextualized to different countries around the world, and providing technical assistance to adapt, pilot, and scale evidence-based interventions.

For more information, please reach out to J-PAL Africa.