On the ground at COP27: Sharing policy solutions for climate adaptation 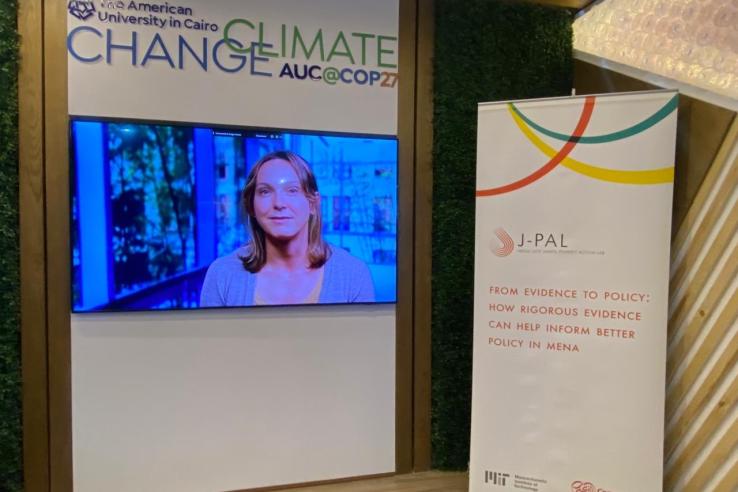 Climate change has the potential to undo decades of progress in poverty alleviation and improvements in well-being among the most vulnerable. Recognizing this challenge, J-PAL’s work in the Environment, Energy, and Climate Change sector seeks to measure the real-world impacts of energy and environmental policies, particularly on climate change mitigation, pollution reduction, climate change adaptation, and energy access, and disseminate these findings to advance evidence-informed decision-making and scale-ups of effective approaches.

This year’s UN Climate Conference, COP27, focused on efforts to anticipate and adapt to the climate crisis, especially in low and middle income countries. J-PAL staff participated in COP27 to raise awareness of the need to generate more rigorous evidence on climate adaptation programs, identify potential research opportunities, and discuss the importance of rapid evidence adoption at scale.

Participating in panels alongside leaders in government, multilateral development banks, and civil society, we shared some of the successes generated so far by J-PAL’s King Climate Action Initiative (K-CAI), as well as the locally-grounded work of regional offices such as J-PAL MENA and South Asia. As participating countries ramp up their commitments to fund adaptation, evidence of effective policies that can help create more resilient societies is useful for policymakers to ensure investments will go to programs and populations where they can have a significant impact.

Among the most remarkable things to witness at COP27 were the myriad conversations taking place by a range of climate stakeholders that go beyond the small group of diplomats tasked with determining national ambitions.

While the formal discussion this year focused in creating an international fund for loss and damage due to climate catastrophes—ever more relevant with historic flooding in Pakistan and a four-year drought in the Sahel—the conference’s side events hosted conversations on questions that are central to practical-minded actors: What ideas, frameworks, and policies do we know work to ensure that vulnerable populations can anticipate and act to protect themselves from the worst consequences of climate change? How do you measure successful adaptation?

This occasion brought together people across disparate geographies, backgrounds, and institutions. Oumou Hawa Diallo, a young activist from Guinea, was one of them. Speaking to a group of UN officials, she emphasized the needs of grassroots movements for high-quality data, advice, and financial support to help drive adaptation projects on the ground.

Echoing this, Heli Uusikyla of the UN Office for the Coordination of Humanitarian Affairs spoke about the promise of anticipatory actions—like cash transfers and other kinds of support to areas that will be hardest hit by a weather event—before it happens. Ms. Uusikyla also confirmed that more knowledge on how to conduct anticipatory action, such that is being generated by current J-PAL studies in this space, is needed to improve policies and, crucially, unlock financing to scale up these activities.

The announcement of a loss and damage fund at the conclusion of COP27 signaled that more funding may become available for LMICs to compensate for the damage suffered by climate change, making the need for evidence on policies that improve resilience ever more relevant.

Out of this backdrop of diverse voices speaking on a range of urgent needs, a common thread emerged on achieving food security as a priority to protect the well-being and livelihoods of the world’s most vulnerable populations. According to the UN’s Intergovernmental Panel on Climate Change, climate change is projected to exacerbate food insecurity, with projected declines in yields and crop suitability under higher temperatures.

For example, the BBC reported last month that a 1°C rise in temperatures could cause a 6.4 percent drop in the amount of wheat grown around the world. Universities and institutions worldwide have been engineering more resilient and nutritious foods as droughts and other climate risks threaten agriculture and food security.

Advances in science and technology to alleviate these impacts must be paired with evidence-based policymaking in order to ensure their promise is translated into impact. In a recent op-ed for the Egyptian newspaper Ahram, J-PAL affiliate Kyle Emerick wrote that researchers need to focus on developing more evidence at the nexus of climate change, food security, and nutrition—particularly on adapting food systems to extreme weather, finding sustainable and local sources of nutritious food, and bundling services to help farmers overcome their productivity constraints.

In Egypt, J-PAL MENA is actively working on these issues. One current study explores the use of small-scale biogas digesters, fuelled by agricultural waste, as a possible solution for both the provision of clean cooking fuel as well as an environment-friendly way of waste disposal. Locally-grounded studies like these will be critical to informing local policy solutions; for example, World Bank data showed that in 2020, MENA’s share of the world’s acutely food-insecure people was 20 percent, disproportionately high compared to its 6 percent share of the global population.

Globally, climate adaptation can benefit from rigorous knowledge generated by interconnected areas such as agricultural resilience, early warning response systems, and energy access. J-PAL researchers’ studies on increasing takeup of flood-tolerant seeds, citizen response to forecasting systems, and increasing household takeup of solar panels, as well as health care use cases, are just a few examples of the solutions that can be replicated, tested, and scaled in many contexts around the world.

By continuing to produce and disseminate evidence to inform effective climate adaptation, J-PAL, K-CAI, and our partners are developing a library of best practices that can inform policymakers and grassroots communities alike. 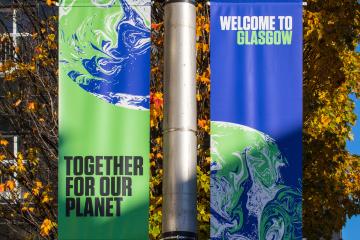 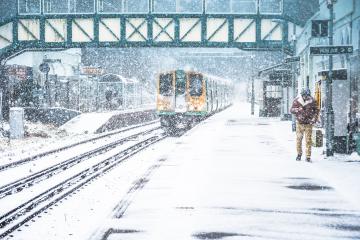 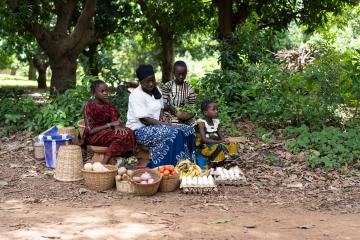