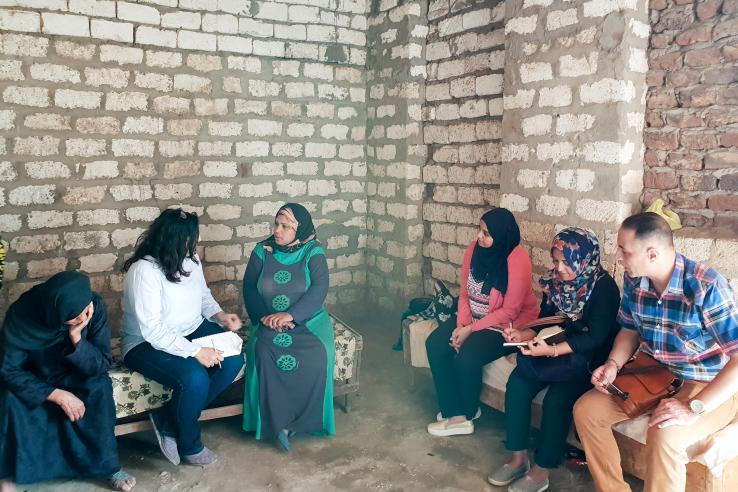 At the 2017 World Youth Forum, Egypt’s Minister of Social Solidarity, Ghada Waly, noted that civil society organizations were vital partners in the realization of Egypt’s 2030 strategy goals. An important pillar of the 2030 goals focuses on social justice, in particular ensuring the protection and support of Egypt’s most marginalized and vulnerable groups.

According to the 2015 income and expenditure survey conducted by the Central Agency for Public Mobilization and Statistics, 27.8 percent of Egypt's population lived below the national poverty line of EGP 482 (US$61). This figure was expected to increase following the devaluation of the Egyptian currency and the rise in food prices in 2016.

Aligning with the social justice pillar outlined by the Egypt 2030 strategy goals, the Ministry of Social Solidarity launched the Takaful and Karama (T&K) programs in 2017 to support the country’s extreme poor. The T&K programs provided conditional and unconditional cash transfers to approximately 2.2 million Egyptian families as of 2018.

However, as the program grows, there is mounting pressure to find innovative policies to “graduate” the T&K programs’ participants from extreme poverty. According to the World Bank, 1.3 percent of Egypt’s population was living under $1.90 per day in 2015. To tackle this issue, the Sawiris Foundation for Social Development (SFSD), BRAC, and J-PAL are partnering to introduce an evidence-based program in Upper Egypt.

One such intervention is the Ultra-Poor Graduation Approach, pioneered by BRAC’s Targeting the Ultra-Poor (TUP) program in Bangladesh, which began in 2002 and has since served over 1.9 million households. Graduation is a time-bound and holistic approach that aims to improve the socio-economic resilience of households at the base of the economic pyramid.

To help the extreme poor gain a foothold on the economic ladder, Graduation sequences interventions including:

The approach has been evaluated by J-PAL affiliates and globally adapted and implemented by governments and organizations. It has shown lasting impacts on the program participants’ standard of living when implemented in a diverse set of contexts by a range of implementing partners.

But we wondered, could the approach be adapted for the Egyptian context with similarly positive impacts?

With guidance from J-PAL Director Abhijit Banerjee, who visited Cairo in November 2017 and who was also a researcher on the Graduation impact evaluations, SFSD, the J-PAL team in Cairo, and BRAC explored how to adapt Graduation for Upper Egypt. Together we create a strong partnership, bringing together SFSD’s contextual knowledge, BRAC’s international expertise in adapting Graduation, and J-PAL’s experience in running impact evaluations which will further our understanding of how to design and implement the Graduation approach to maximize impacts.

There are numerous reasons why SFSD, which I (Noura) lead, wants to pilot such a program. First, SFSD is committed to empowering underprivileged Egyptians to lead productive lives that realize their full potential. It has approached this by seeking out interventions with similar objectives that have been successful in different contexts. The program is also fundamentally aligned with SFSD’s vision.

More broadly, piloting the Graduation approach in Egypt will be one of many efforts to address the increasing poverty rates in the country as inflation and strict economic reforms take a toll on its poorest. The program also aligns with BRAC’s mission to reduce extreme poverty as a contribution to the UN’s Sustainable Development Goal 1.

SFSD and BRAC are partnering with J-PAL to lead an impact evaluation that is vital to help us, and others, understand whether participants transition out of extreme poverty due to the Graduation approach in Egypt. At a “micro” level, the evaluation will illuminate whether participants benefit from the program or not, and in what ways. We are interested in a number of questions including:

At the “macro” level, we hope the evaluation can inform decisions to scale it up at the national level by the Ministry of Social Solidarity, and that it adds to the global literature on the impact of Graduation across a number of different contexts.

J-PAL’s Egypt-based research team is providing technical support for the evaluation developed by J-PAL affiliated researchers Adam Osman and William Pariente, along with Ragui Assaad. We are assisting in adapting Graduation through monitoring the quality of implementation, and in developing contextually relevant targeting tools. The program will begin in the Sohag and Assiut governorates of southern Egypt in 2019 and will last through 2021. 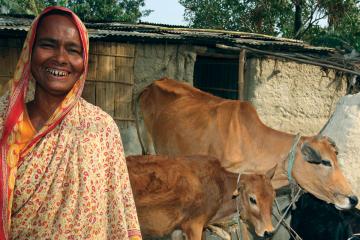 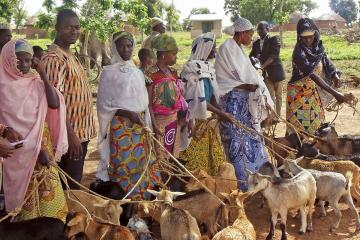 Building stable livelihoods for the ultra-poor