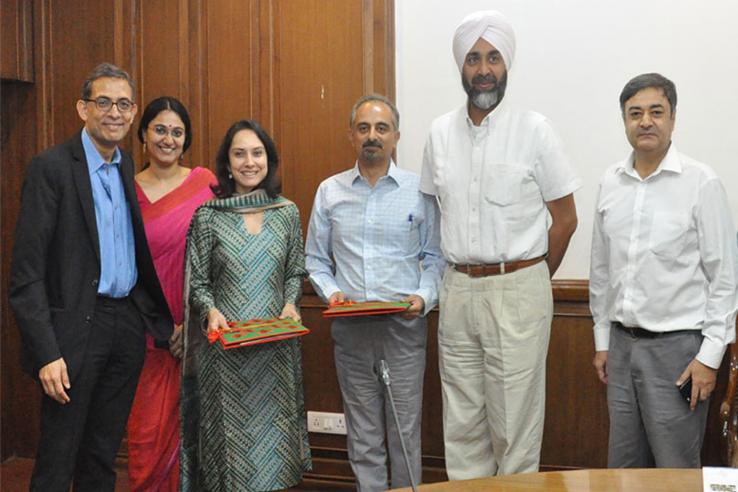 In April 2017, the State Government of Punjab, India represented by its Chief Secretary, Mr. Karan Avtar Singh, signed a Memorandum of Understanding (MoU) with J-PAL South Asia at IFMR, represented by its Executive Director, Ms Shobhini Mukerji. The partnership aims to support the Punjab Government in taking an evidence-informed approach to its poverty alleviation efforts.

The state of Punjab, with a population of 27 million, is interested in strengthening policies and interventions for economic growth, with a focus on poverty reduction, youth employment, and rural development. J-PAL South Asia will assist the government in developing programs and rigorous impact evaluations in key sectors, including health, power, education, labor and employment, local governance and planning, and rural development. The aim of the partnership is to institutionalize evidence-informed policymaking in the state, with the goal of scaling up the programs and policies that are found to be most effective.

Learn more about J-PAL South Asia’s work in the region.