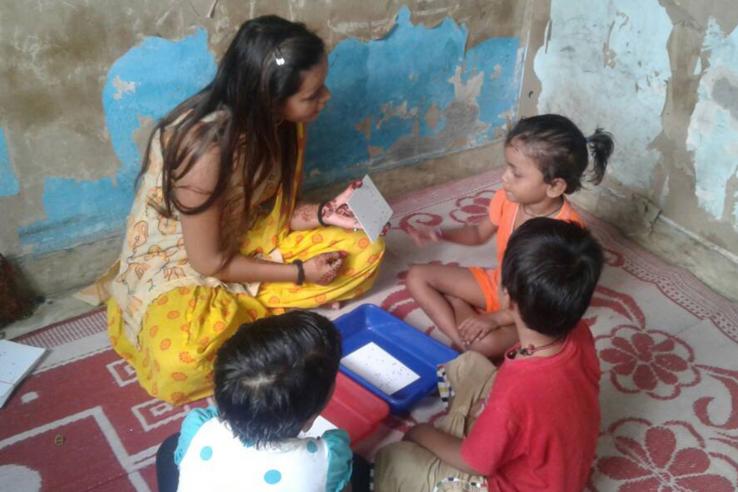 Cognitive Science is a relatively new field that has made dramatic advances over the last decades: advances that shed light on our conscious and unconscious minds, bring insights into fields from neuroscience to economics, and now play no small role in the development of machines that are smart enough to take over tasks that until now, only humans could perform.

But cognitive science has underperformed conspicuously in one domain: Its development has brought no clear breakthroughs in an area where it seemed likely to be most useful: human development and education.

New findings from a team of economists and psychologists at MIT and Harvard, working together with Pratham, a non-governmental organization that seeks to make sure that every child in India is in school and learning well, demonstrate both the feasibility and the necessity of such experiments.

Primary education now is compulsory in India, but was not widespread a generation ago. Poor Indian children tend to live in families and communities with high rates of illiteracy and innumeracy. Country-wide studies show that many fail to learn basic concepts and skills taught in primary schools, in large part because the curriculum taught in the schools assumes a level of preparation which is not there.

Focusing on mathematics, the research team drew on decades of research in cognitive science probing the nature and early development of mathematical reasoning to develop a program to better prepare preschool children for learning mathematics. They tested the effectiveness of the program through an 18-month field experiment in Delhi, India.

In this randomized evaluation, funded by UBS Optimus Foundation, over 200 single-class preschools serving 1,500 children in Delhi were randomly sorted into three groups:

Over a four-month period, math games were played for three weekly one-hour sessions in the two treatment groups.  The games were simple to conduct and required a minimal amount of teacher training.  When the school year ended, children in all groups began their first year of primary school.

Researchers found that in the summer months immediately following preschool, children in Delhi showed effects of the math games intervention that closely paralleled the effects found in children from more developed countries: Higher sensitivity to number and geometry on the intuitive measures closely related to the games, and also better mastery of the language and symbols of intuitive, preschool-level mathematics.

In these respects, the study strongly confirmed the central findings from basic research in the cognitive science of mathematics, showing that those findings generalize across children living and learning in very different circumstances.

Moreover, they show that field interventions can be effective not only when implemented in carefully controlled model classrooms, but when implemented and evaluated by adults with minimal training and little connection with the research team.

In striking contrast, however, the intervention showed no effect on children’s mastery of symbolic school mathematics: By the end of first grade, children who had participated in math games were no better at deciphering Arabic numbers, performing simple verbal additions, or learning the vocabulary of school geometry relative to children in the other two study groups. Just as well-supported findings in molecular biology do not guarantee the success of new medical treatments, key findings in cognitive science were reproducible in this population but failed to produce a successful educational curriculum.

“We think our findings underscore both the feasibility and the necessity of randomized-controlled field experiments to test frontier cognitive science hypotheses in the field. Research in cognitive science has taught us a great deal about what children know and how they learn. Much of that work applies to all children, world-wide, and it gives us methods for assessing children’s knowledge that are robust enough to work when implemented by adults with only high-school education, working with children in hot and noisy slums. This research doesn’t tell us how to create better schools, but it gives us the tools to do field experiments that can.”

—Elizabeth Spelke, Professor in the Department of Psychology at Harvard

Why did the curriculum fail to improve school mathematics, even as it effectively trained intuitive concepts, and how might future studies succeed at this second step?

“Our best guess is that our intervention did not increase kids’ performance in school because the gap between intuitive mathematics and formal mathematics is too large, and ordinary conversations and social interactions cannot bridge it in this context. Our ongoing interventions focus on versions of these games that exercise children’s intuitive mathematical abilities while also presenting the primary language and symbols of school mathematics. We should soon learn whether the new curriculum works better.

In this respect, field research is no different from basic research: both require multiple experiments, and learning from failures, to get things right.”

Read the full paper in Science >> 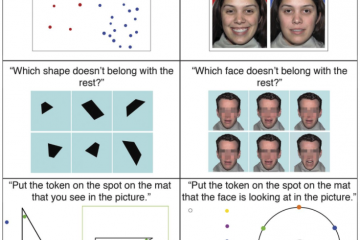