Alumni Voices: On the front line in the fight against climate change 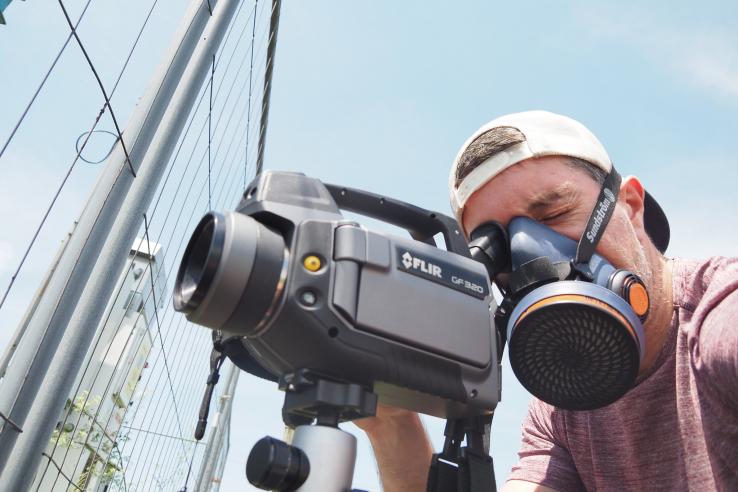 James Turitto wears a gas mask while filming methane emissions at a well in the oil fields of Siliștea, Romania in June 2021.
Photo: James Turitto

The Alumni Voices series is a platform for J-PAL alumni to share their work in their own words.

Always the first to lead outdoor adventures for J-PALers, James Turitto ‘20 (former senior research manager at J-PAL Global) now travels Europe to document methane emissions for the Clean Air Task Force and lobby policymakers to strengthen regulations. He reflects on the critical role of measuring and exposing industrial methane leaks and how skills learned at J-PAL help him in his work.

For the last year, I have been working as a campaign manager on the Super Pollutants team with the Clean Air Task Force (CATF). My job is to document fugitive methane emissions in the oil and gas industry in Europe and increase public pressure on the EU Commission to implement strong regulations on methane emissions.

Methane is the main component of natural gas (about 70-90 percent). It is a fossil fuel, extracted from underground reservoirs and often found associated with oil. Natural gas has been advertised as a ‘clean fuel’ because it releases less carbon dioxide than oil or coal when combusted, but methane has eighty times the global warming power of carbon dioxide over a twenty-year period when released uncombusted into the atmosphere. Fugitive methane emissions occur throughout the entire supply chain—during the extraction, processing, storage, and shipment of oil and natural gas to consumers.

It was not until 2021 when methane started to get the attention it deserved. The UN's Intergovernmental Panel on Climate Change's First Working Group of the 6th Assessment Report highlighted methane as a key driver of climate change, attributing 0.5 degree C of global warming (out of an average temperature rise of 1.1C) to methane. From the increasing size and number of wildfires across the United States to the destructive floods in Western Europe, we are starting to see the consequences of this warming on the world. These events will only get worse and occur more frequently as our planet gets warmer.

CATF is pushing the EU Commission and the Biden Administration to issue stringent rules on reducing fugitive methane emissions, and we are also working with government leaders and regulatory agencies around the world to commit to reducing methane emissions. 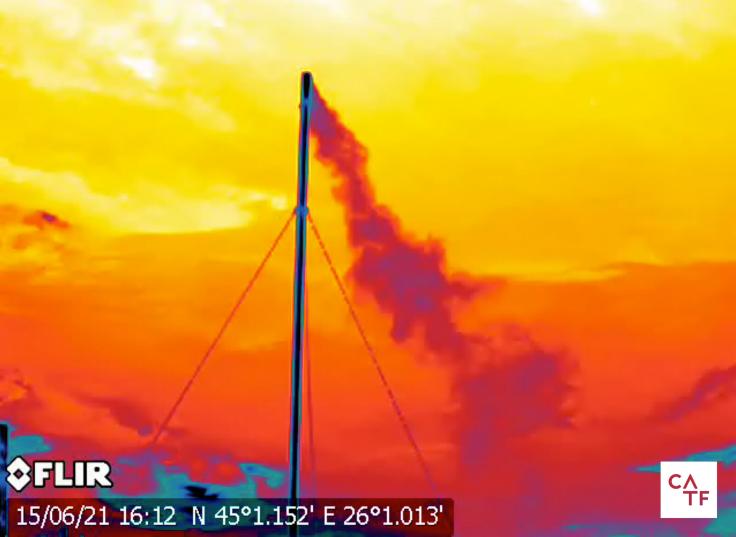 Even though methane is invisible to the naked eye, the tools, technologies, and know-how exist today to reduce methane emissions in the oil and gas industry by more than 70 percent. In fact, the International Energy Agency has shown that many of these reductions can be made with marginal or negative costs to the companies. The Global Methane Assessment, a UN report released in early 2021, found that if we can reduce fugitive methane emissions by 45 percent this decade, we can reduce 0.3 degrees C of warming over the next 2-3 decades.

To document these emissions, I am using a specially calibrated infrared camera to find and observe methane and other volatile organic compounds. Since April, I have documented more than 500 sources of methane emissions at almost 250 sites across 11 European countries. You can find my work at cutmethane.eu, Flickr, and Youtube, and follow some of the media coverage from my recent trips on Reuters, Bloomberg, DeSmog, Der Spiegel, and Die Zeit. 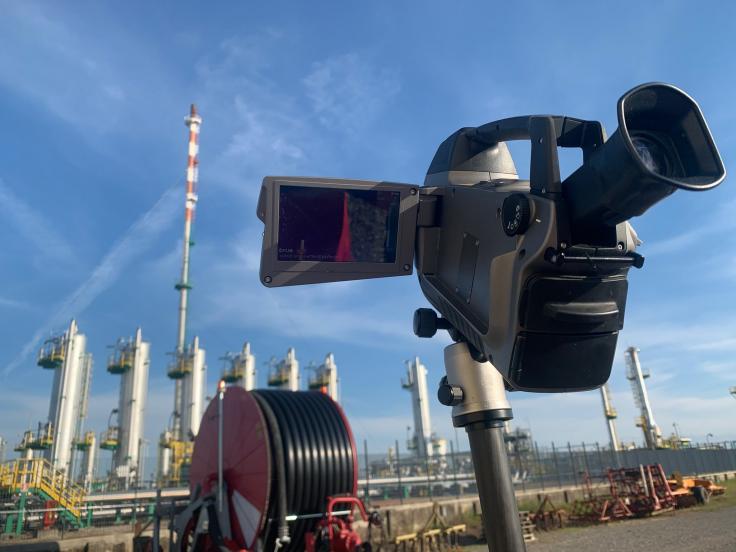 The same emergency relief stack as pictured in the earlier image, but taken with a digital camera. The US$118,000 infrared camera, a FLIR GF320, reveals the invisible methane emissions being released into the atmosphere. Photo: James Turitto

One of the skills I learned at J-PAL that I use almost every day is how to critically evaluate academic research and research methods. Using an evidence-based approach to solve climate issues is critically important. Research on methane emissions has only begun to improve over the last ten years, both in terms of its impact on climate, but also in terms of quantification and measurement.

While experimental methods are less common in climate research, the lessons I learned about critically evaluating the research still apply. It's also important to maintain close relationships with academic researchers in the atmospheric sciences who are using a variety of different measurement tools to observe, document, and quantify emissions.

Data collection is also an important part of my work. I'm collecting a variety of data when I find an emissions source, including site demographics, atmospheric conditions, and leak source information. We've built out a robust data collection app to help facilitate this work. 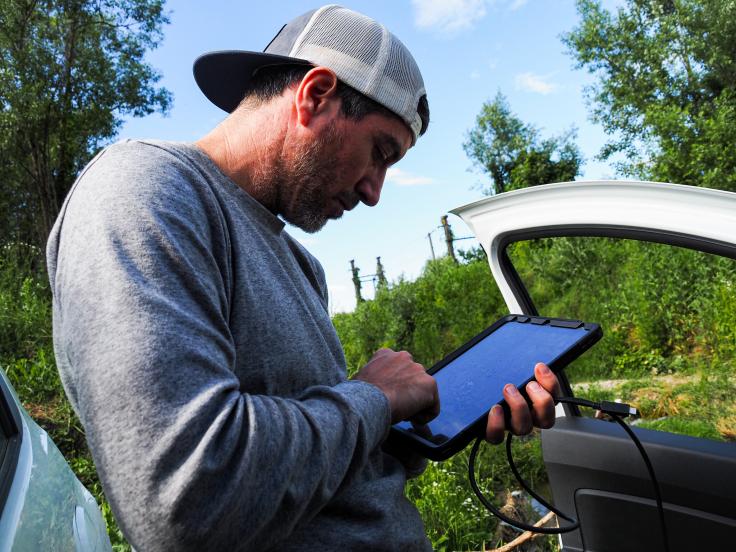 A final theme I have taken from my time at J-PAL is the approach to "think globally, act locally." Frontline communities are instrumental to helping me carry out my work, and it doesn't go unnoticed that they are the most vulnerable communities facing the current and future effects of climate change. On a recent trip driving around Italy, I spent the week talking to members of communities living nearby the oil and gas facilities. Local farmers told me about how crop yields have gone down over the last five years due to the increasing occurrence of drought.

It's exciting to watch J-PAL's focus on climate work grow over the past few years with the new King Climate Action Initiative. The challenges presented by our changing climate are immense. Almost every day I am reminded about how quickly our world is changing.

As my recent trip to Italy came to a close, I drove past a wildfire raging on the hills outside of Rome. I stopped the car and photographed the fire raging on the other side of a valley, documenting another source of methane emissions. It was my first time seeing a forest fire, but I assumed it would not be the last.

The Clean Air Task Force (CATF) is an international environmental organization focused on preventing catastrophic climate change through technical policy solutions. The Super Pollutants team has been working closely with policymakers, regulatory agencies, and researchers to reduce methane emissions in the United States and around the world for the last two decades. 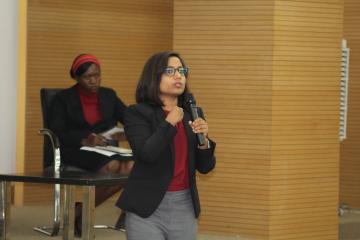 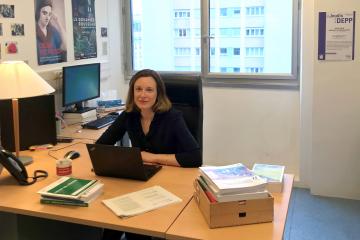 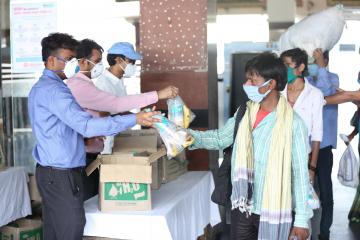