The typical firm in most low- and middle-income countries consists of a self-employed entrepreneur with no paid workers, raising questions about whether labor market barriers prevent firm owners from hiring additional labor. In Sri Lanka, researchers provided wage subsidies to randomly chosen microenterprises to determine if they would hire more workers, and whether the additional labor would benefit such firms. The study found that while firms increased employment during the subsidy period, there was no lasting impact of the subsidies on employment, profitability, or sales. Researchers concluded that Sri Lankan microenterprises operating in urban areas do not face meaningful labor market barriers in hiring additional workers.

The most common firm size in the majority of low- and middle-income countries, including Sri Lanka, is one – an owner with no paid employees. Moreover, microenterprises with fewer than five employees are the main source of livelihood for most urban workers. Understanding how additional labor might impact firm growth and outcomes is important in informing employment enhancing policies. Few existing studies have explicitly focused on helping workers find employment in microenterprises and, studies that do exist, generally have found no effects on informal employment. To fill this evidence gap, researchers tested the impact of offering microenterprises in Sri Lanka temporary wage subsidies (equivalent to roughly half the wage of an unskilled worker for a period of six months) on employment, firm profitability, and sales.

The motivation for offering a wage subsidy relies on the assumption that there are firms for whom it would be beneficial to hire additional workers, but who historically have not due to any number of hiring barriers. One set of challenges involves identifying, hiring, and firing workers in an environment where firm owners find it difficult to identify qualified employees. Firm owners may also not know their managerial ability type; the pool of firms who have not previously hired a worker will likely exhibit low managerial ability, and others with high actual managerial ability might refrain from hiring because they believe they have low ability. Lastly, a combination of labor regulations, job-specific human capital, and minimum wage requirements might prevent firms from hiring workers part-time or at wage levels that reflect their low initial productivity. A wage subsidy can reduce hiring costs and address some of these barriers, leading firms to take chances on new workers.

The impact of a temporary labor subsidy on employment and firm outcomes depends on the overall macroeconomic environment. In the context of Sri Lanka, the beginning of this evaluation coincided with a period of rapid economic growth following the end of a 25-year civil war. The Sri Lankan economy grew at 8 to 9 percent per year over the 2010 to 2012 period, and per-capita Gross National Income (GNI) increased by 36.8 percent between the introduction of the program in April 2008 and 2014. Therefore, this study took place in a growing economy, where firms may have already had access to potential growth opportunities.

The 1,533 firms selected for this study were from the Grama Niladhara (GN) divisions within Colombo, Kandy, and the Galle-Matara areas. Most firms had no paid employees, with only 11 percent having at least one paid worker, and an average of 0.17 workers per firm. Only one-third of the firms were registered for tax purposes, with 38 percent operating in the retail sector, and the remainder in manufacturing and services. Prior to the program, mean monthly profits were LKR 14,184 (approx. US$130) on LKR 46,434 (approx. US$430) of monthly sales. The average firm owner was 35 years old, had finished ten years of schooling, and worked 58 hours per week. 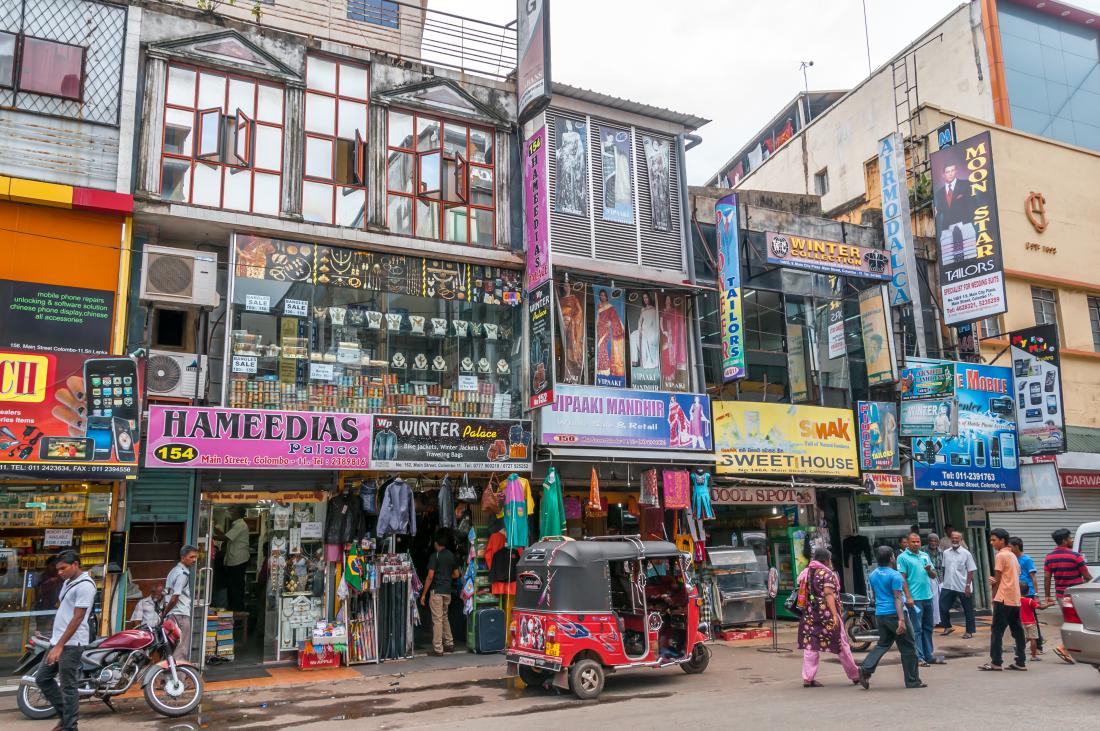 Beginning in 2008, researchers randomly introduced temporary wage subsidies to encourage firm owners in the Colombo, Kandy, and the Galle-Matara areas of Sri Lanka to hire full-time employees. The program took place from April 2008 to 2014.

Firms randomly assigned to benefit from the wage incentive were informed that they would receive a flat amount of LKR 4,000  (US$35) per month for a period of six months conditional on hiring an additional employee working a minimum of thirty hours per week. A flat amount of LKR 2,000 (US$17.5) per month would then be paid for an additional two months. The subsidy represented 50 percent of a typical unskilled worker’s average earnings, which coincided with 50 percent of the formal sector minimum wage during the time of the intervention.  Receiving the subsidy was conditional on the employee living outside the owner’s household, and not being an immediate family member (e.g., spouse, parent, sibling, or child).

Researchers also implemented two supplementary interventions amongst a random subset of microenterprises to determine whether the effectiveness of the wage subsidy varied with the availability of complementary inputs:

Researchers found that the wage subsidies induced firms to hire additional workers during the program period, but the excess hiring dissipated completely within about a year upon the removal of the subsidies. The only long-term effect of the wage subsidies appears to have been on firm survival, with no impact on paid employment, sales, or profitability. Supplementary interventions alleviating credit constraints and providing entrepreneurship training did not alter the impact of the temporary subsidies. Based on these results, the researchers conclude that Sri Lankan microenterprises face negligible labor market barriers in employing additional workers.

Employment: During the eight months the incentive program was active, sixty of the 250 firms offered only the wage subsidy took it up (24 percent). The evidence suggests that these microenterprises hired an additional employee because of the subsidy; however, they would not have hired one in the absence of the program incentive. However, the wage subsidy had no long-term impact on employment.

Survival: While wage subsidies had no impact on firm survival during the duration of the program, microenterprises that received the wage subsidy were 5.4 percentage points more likely to still be in operation 48 months after the program ended (a 6.5 percent increase from a baseline of 83.1). The subsidy provided firms with extra profits during the intervention period, and this additional capital likely allowed firms to survive shocks that would have otherwise forced them to shut down.

Profitability and sales: The program had no impact on the microenterprises’ profits or sales during the program period or after. Once the temporary wage subsidy ended, employment levels among microenterprises returned to their initial levels. As a result, output also returned to pre-subsidy levels, which left sales and profits unchanged.

The researchers suggest that many characteristics of informal urban labor markets seen in Sri Lanka hold in other low- and middle-income countries around the world. For instance, workers remain largely unregistered and hiring practices are mostly unregulated. Additional hiring among microenterprises is done locally, and mostly based on informal networks of family and friends. However, Sri Lankan specific conditions—including a period of rapid economic growth following the end of a long civil war, as well as high levels of trust among entrepreneurs—might render these findings idiosyncratic. Future research should examine such labor market frictions in different contexts to test their robustness and generalizability.