Antipsychotic drugs such as quetiapine (brand name Seroquel) are frequently prescribed for reasons unsupported by clinical evidence—potentially causing harm and even death. Yet there is limited evidence on meaningfully effective, quickly scalable interventions to curb overprescribing of potentially harmful antipsychotic drugs. This study evaluated the impact of strongly-worded peer comparison review letters sent to high prescribers of quetiapine by the Centers for Medicare & Medicaid Services (CMS) on prescribing behavior and patient-level outcomes. Researchers found that the letters caused substantial and long-lasting reductions in quetiapine prescribing, with no evidence of negative effects on patients.

Every year, millions of older adults are prescribed antipsychotic drugs for uses not approved by the United States Food and Drug Administration (FDA), despite evidence suggesting such off-label use is associated with significant harm, including increased risk of cognitive decline and death. Though interventions like intensive education have been shown to limit antipsychotic prescribing, these effective approaches are also resource-intensive. Previous interventions that were inexpensive and scalable, like prescriber letters, yielded mixed results and did not directly target antipsychotics. For example, a study of peer comparison letters that were designed by the same study team found null effects. Other interventions that have increased the quality of prescribing may not be easy to scale nationally, such as education to change prescribers’ beliefs about the clinical benefits of prescribing or alerts and prompts placed in electronic health record systems. Taken together, despite attention from CMS and other federal agencies on this issue, there has been limited rigorous evidence on effective interventions to curb antipsychotic prescribing at scale.

Each year in the United States, 2.8 million patients fill a prescription for quetiapine, an antipsychotic drug frequently prescribed for off-label uses (as much as 75 percent of quetiapine prescribing lacks a basis in clinical evidence). In 2013 and 2014, CMS conducted an analysis of primary care practitioners’ (PCPs) prescribing of quetiapine in Medicare Part D, the prescription drug coverage program for Medicare beneficiaries. Study participants were the PCPs identified in the CMS analysis who prescribed significantly more quetiapine compared to other prescribers in their state. More than 82 percent of the PCPs were male and most specialized in family medicine or internal medicine. The PCP’s patient population (those who received quetiapine from them in the year prior to the intervention) was 70 percent white and 64 percent female and had an average age of 70 at the start of the study; 60 percent of patients were eligible for both Medicare and Medicaid. 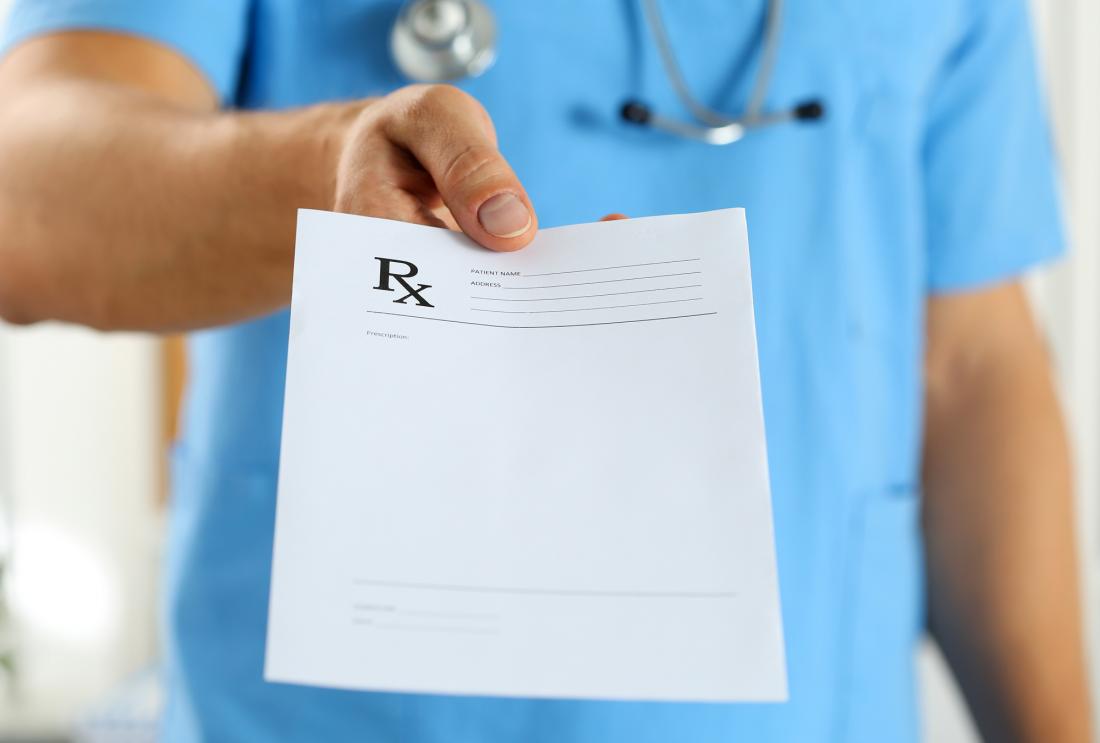 Researchers conducted a randomized evaluation to test the impact of strongly-worded peer comparison review letters from CMS on the number of days of quetiapine prescribed by PCPs. Researchers also tracked outcomes on the cohort of patients who received quetiapine from study prescribers in the year prior to the intervention. Patient-level outcomes included mortality and hospital use. Outcomes were studied over a nine-month period and a two-year period.

Researchers randomly assigned half of the 5,055 Medicare prescribers to the treatment group and the other half to the control group:1

The strongly-worded peer comparison letters from CMS reduced quetiapine prescribing for at least two years, with no evidence of negative effects on patients.

Effects on Patients
Over the nine month period, patients in the control group received 169.7 days of quetiapine from all prescribers and patients in the treatment group received 162.9 days of quetiapine from all prescribers. The letters reduced the number of days of quetiapine that patients received by 6.7 days, a 3.9 percent decrease. Extending the duration to two years, the effect of the letters was a 5.6 percent decrease. The letters reduced receipt for both patients who were likely off-label for quetiapine and for patients with FDA-approved indications; however, the decrease was larger for off-label patients. There was no evidence of adverse health effects for patients—patient mortality and hospital use were similar in both the treatment and control groups over the 9-month period. Nor was there a detectable increase in prescribing of other antipsychotic medications to substitute for quetiapine.

The results indicate that strongly-worded peer comparison review letters sent to high-volume prescribers can raise the quality of prescribing at low cost, although additional research is needed to understand how to most precisely target unsafe prescribing behavior. In contrast to the previous study conducted by this team that did not detect any effect, these letters targeted a wider range of prescribers—roughly the top five percent by volume, compared to the top 0.3 percent in the previous study—and included stronger language about being under review by the government. However, the letters also reduced prescribing to patients who may have benefited from quetiapine. A key opportunity for future interventions is more precise targeting of inappropriate prescribing, perhaps by focusing on high-volume PCPs with high rates of off-label prescribing.

1.
Specifically, 2,527 prescribers were assigned to the treatment group and 2,528 were assigned to the control group.
2.
The reported results are the regression adjusted difference, which controlled for baseline supply or receipt of quetiapine and other characteristics. This raised the statistical power (the likelihood of detecting any meaningful effects on prescribers and/or patients brought about by the letters).