Evaluating the Saving for Change Program in Mali

The Saving for Change program in Mali increased women’s savings and access to credit and helped households build resilience to fluctuations in income and accumulate livestock. However, the program had no impact on health, education, entrepreneurship, or empowerment.

Community-based methods of saving, such as Revolving Savings and Credit Associations (ROSCAs), can offer informal savings and credit options where access to formal financial services is limited. Under this system, a group of individuals meet regularly to contribute to a fund that is then given as a lump sum to a different member at each meeting. However, ROSCAs can be an inflexible means of borrowing since the pool of funds is fixed and is given to only one member at a time, often by lottery. As such, members cannot necessarily rely on ROSCA payouts to cover unexpected expenses, such as those due to illness or natural disasters. One way to overcome these challenges may be to encourage savings and credit groups to adopt flexible rules that cater better to the needs of their members. Additional research is needed to understand how to better organize ROSCAs and whether they enable participants, especially the poorest, to save and borrow more.

The Saving for Change (SfC) program began in Mali in 2005 to assist women in organizing themselves into simple savings and credit groups. The program is meant to address the needs of those who are not reached by formal financial service providers or traditional ROSCAs. As part of the program, about twenty women voluntarily form a group that elects officers, establishes rules, and meets weekly to collect savings from each member. At meetings, each woman deposits a previously determined amount into a communal pool, which grows in aggregate size each time the group meets. When a member needs a loan, she asks the group for the desired amount; the group then collectively discusses whether, how, and to whom to disperse the funds. Loans must be repaid with interest, at a rate set by the members, and the interest collected is also added to the communal pool of funds. SfC introduced a novel oral accounting system which helps the women manage their debts and savings totals.

At a predetermined date, the group divides the entire pool among members in proportion to their savings contributions. The timing can coincide with times of high expenditure, such as festivals or the planting season. The interest from the loans generally gives each member a return on her savings of approximately 30 percent, annually. The group can then start a new cycle and establish new rules. Groups sometimes opt to increase their weekly contributions, accept new members, or select new leaders.

Unlike formal lenders, SfC group members lend their own money, so collateral is not required. The fact that all money originates from the women themselves, as opposed to outside loans or savings-matching programs, also increases the incentives to manage this money well. In addition, the program is designed to be self-replicating through “replicating agents” in each village. Once the first group is established in an area, members themselves become trainers and set up new groups in their village and the surrounding area.

Prior to the study, approximately 22 percent of women in the sample area were members of ROSCAs and over 40 percent of households had experienced a large, unexpected fluctuation in income or expenditure during the last twelve months. 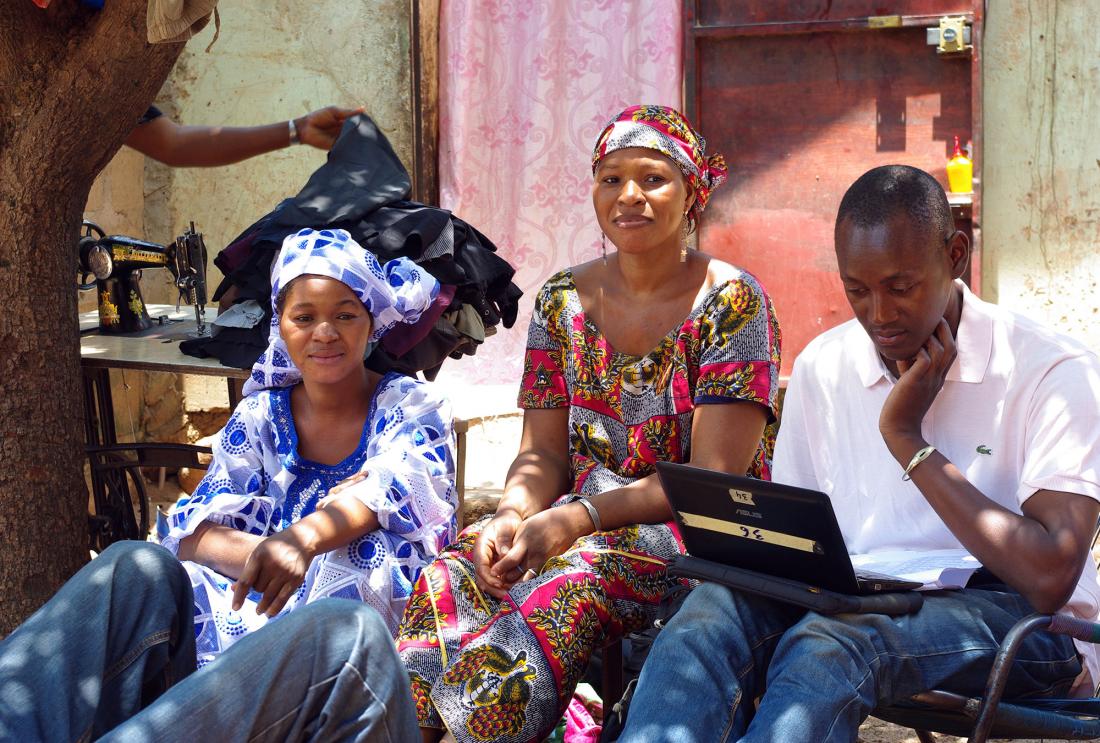 In order to test the impact of the SfC program as well as different strategies for encouraging replication, researchers randomly selected 500 villages in the Segou region of Mali to participate in the study. These villages were randomly divided into two treatment groups of about 100 villages each, and one comparison group with nearly 300 villages.

Adoption of SfC: Nearly 30 percent of women in treatment villages joined a savings group as part of the SfC program. Those women who chose to participate in the SfC program were, on average, older, more socially connected, and wealthier than non-members. Take-up was higher in villages that received the structured training program than in those that received the informal training.

Resilience to income shocks: Households in the villages receiving SfC were 10 percent less likely to be chronically food insecure than those in control villages. In addition livestock holdings increased, and households in treatment villages owned on average US$120 more in livestock than those in comparison villages, a 13 percent increase. In Mali, owning livestock is a preferred way to store wealth and mitigate against risks such as drought or illness.

Structured vs. Organic Replication: Villages that received structured replication training rather than informal training had higher participation rates in SfC. In addition, households in those villages were less likely to report not having enough food to eat and more likely to report owning assets such as livestock. Even though the structured training program was slightly more expensive to implement, it delivered greater benefits to villages assigned to that version of the SfC treatment.

Researchers did not find any significant effects of the program on health outcomes, school enrollment, investment in small businesses or agriculture, or women’s empowerment.

Beaman, Lori, Dean Karlan, and Bram Thuysbaert. "Saving for a (Not So) Rainy Day: A Randomized Evaluation of Savings Groups in Mali." NBER Working Paper No. 20600, October 2014.

4 result(s)
No ATM fees: How ROSCAs use social networks and trust to help people save money
An inclusive emerging economy, with Africa in the lead
What’s the link between saving and food security?
Saving your way to a better state